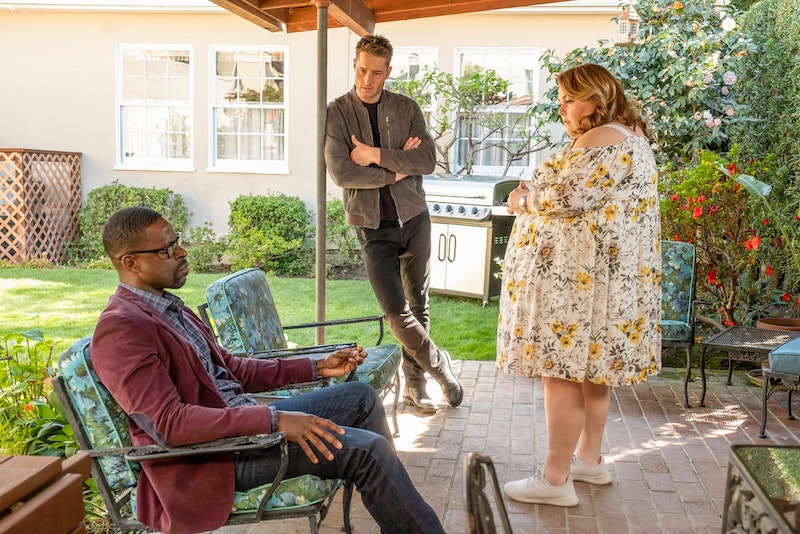 Just like Kevin Pearson when things start getting serious, he and the rest of the Pearson family are being non-committal when it comes to when will This Is Us Season 4 be on Netflix. Believe it or not, but the award-winning NBC drama isn't even on Netflix right now at all (except for in Canada). But, there is good news. You can watch This Is Us on other streaming services.

Netflix aside, there are several streaming options. You can stream This Is Us on Hulu, NBC.com and the NBC app, DirectTV, and FuboTV. The series starring Mandy Moore, Milo Ventimiglia, Chrissy Metz, Susan Kelechi Watson, Sterling K. Brown, Justin Hartley, and Chris Sullivan is also available as a VOD (video on demand) service via YouTube TV. You can watch it on Amazon Prime as well, but not with a subscription and rather paying $2.99 per episode in HD and $1.99 per episode in SD. This Is Us Season 4 can also be purchased on Prime for $14.99 (for both SD and HD).

Who knows if This Is Us will ever be available via Netflix, but at least there are other options to watch the heartwarming (and also heartbreaking) family drama. And you'll definitely want to catch up in time for Season 5, especially after how Season 4 ended. Don't worry, no spoilers here, but you do need to know that the cast and crew is almost ready to start filming again amid the coronavirus pandemic.

Unlike many series, This Is Us was able to wrap up its fourth season prior to COVID-19. As for Season 5, Deadline reported on Sept. 11 that the series is hoping to begin production on Sept. 24. However, nothing is set in stone due to the coronavirus and all of the health and safety measures that need to be determined and adopted. But NBC did announce on Aug. 27 that This Is Us is slated for a two-hour Season 5 premiere on Nov. 10, so it certainly seems like things are on track.

Whenever the show does return, This Is Us will tackle COVID-19. Creator and showrunner Dan Fogelman tweeted on Aug. 16, "Yes on Covid," and then added, "We've decided to attack things head on. Very proud of @ThisIsUsWriters."