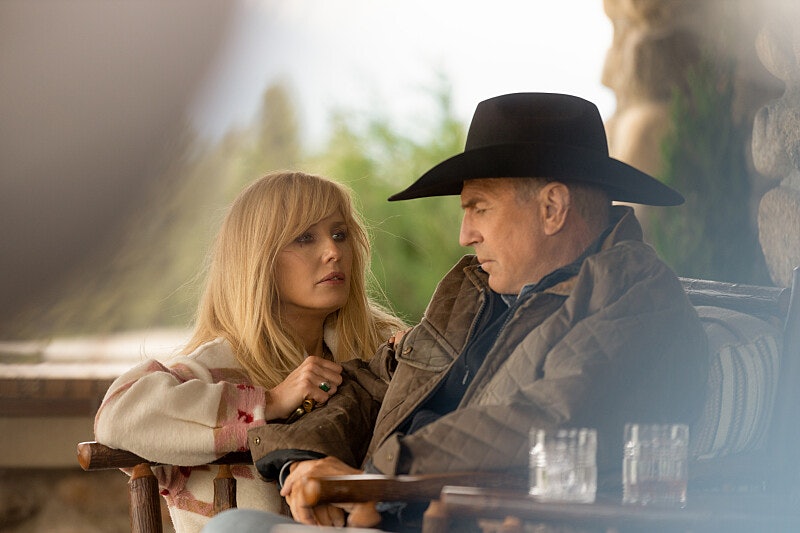 Even before Paramount premiered a “bloody” Yellowstone Season 5 in November, fans knew the Duttons would be coming back with guns blazing. The show’s Season 5 renewal in February 2022 also came with the news that this chapter would include 14 episodes instead of the regular 10 and air in two parts. Officially Yellowstone’s biggest season to date, the first eight episodes followed everything from John Dutton’s (Kevin Costner) election as Montana’s governor, an unexpected death in Episode 6, and Beth Dutton’s (Kelly Reilly) new business plan for the family’s expansive cattle ranch. Though it was previously reported that Yellowstone would return for Part 2 in January, Paramount revealed at the top of the year that Season 5 will resume in Summer 2023. An exact premiere date remains forthcoming.

Ahead of the midseason finale, which aired on Jan. 1, Piper Perabo, who plays Summer Higgins, implied that the cast has yet to film the back half of the season. “So much is coming in [Episode] 8, and then I don't know what's coming next. Then there's like a giant, unanswered thing,” she teased to TV Guide in mid-December. “I think if I was watching Yellowstone, I would always be mad when the show stops going, because [showrunner] Taylor Sheridan is so good at the cliffhanger and how much hangs in the balance. Like, there's no comforting everybody for what's coming and then how long they're gonna have to wait.”

The latest installment is a pivotal part of the show’s broader story, too. “Season 5 really starts to push the story into a direction where you go, ‘Okay, it’s all about to happen now,’” Luke Grimes, who plays Kayce Dutton, explained in a recent interview with TheWrap, citing his character’s pivotal arc with wife Monica (Kelsey Asbille). “For example, Kayce and Monica who’ve had a really hard time sort of deciding where they belong in this story are, by the end of this season, really starting to make some decisions. There are a lot of flashbacks where you find out a lot of information about some of the questions that you might have had as far as, what is the brand? What is all this about? Everything starts to get tied together in a way that lets it go somewhere.”

Prior to the midseason finale, Chief Thomas Rainwater (Gil Birmingham) received some vital information from Senator Perry (Wendy Moniz-Grillo). “He’s gonna have a more complicated adversarial challenge within his internal circle, he’s got a shifting and crumbling structure that was built at the end of Season 4 with Market Equities, and then with John becoming Governor he’s entering the political world which is gonna have an effect with everybody that’s after that land,” Birmingham told TheWrap. “And he doesn’t want to be a politician so it’s gonna require reassessment on Rainwater and how he strategizes and not knowing what he’s gonna need to do because he doesn’t know what John’s gonna be doing.”

Meanwhile, in the final episode of 2022, Sarah Atwood (Dawn Olivieri) and Jamie Dutton (Wes Bentley) were still scheming to compromise the Dutton patriarchs hold on his land — and maybe even the governorship. “I think the strength of the story is we don’t take our foot off the gas,” Costner shared in a Yellowstone Season 5 featurette, adding, “John has proven time and again that there’s nothing he won’t do to save the ranch.”

As Reilly further teased, “It's gonna be bloody."

More like this
Here’s Why Danny Masterson’s Hyde Isn’t In 'That '90s Show'
By Brad Witter
Everything To Know About 'Cobra Kai' Season 6
By Brad Witter
The 'Gossip Girl' Reboot Creator Is “Looking For A New Home” To Air A Potential Season 3
By Brad Witter
'The Crown' Season 6 Has Suspended Filming "Out Of Respect" For The Queen's Death
By Bustle Staff
Get Even More From Bustle — Sign Up For The Newsletter
From hair trends to relationship advice, our daily newsletter has everything you need to sound like a person who’s on TikTok, even if you aren’t.

This article was originally published on Dec. 18, 2022