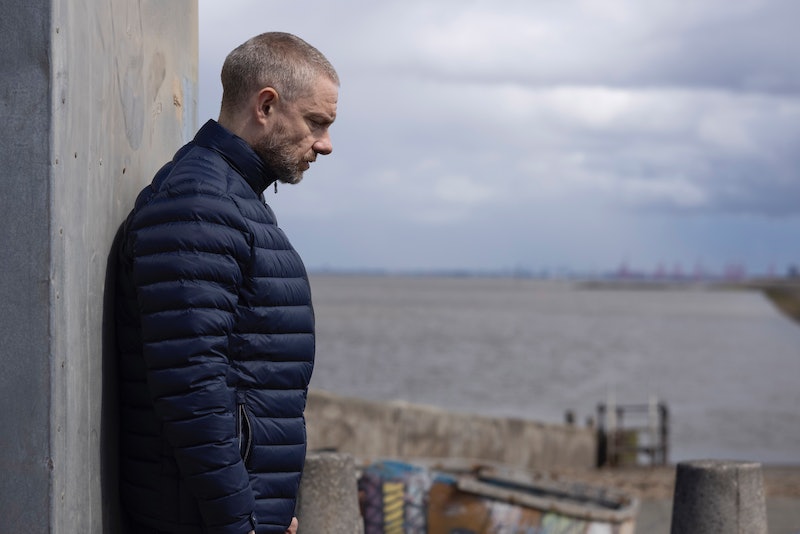 Starring Martin Freeman and Adelayo Adedayo, the BBC’s new cop drama The Responder is a gritty, and dark-humoured new take on the lives of police responders. First on the scene to urgent call-outs and emergencies, responders frequently work at night, and deal with dangerous situations on a regular basis. The show is written and executive produced by police responder-turned-screenwriter Tony Schumacher, who knows all too well the toll the role can take.

Based on Schumacher’s real-life experiences working for Merseyside Police, The Responder is also filmed in and around Merseyside, with shooting taking place in Everton, St Helens, Wirral, and Liverpool city centre. It’s also a familiar environment for director Tim Mielants, who also filmed Peaky Blinders. (Despite being set in Birmingham, Liverpool provided some of the best-known backdrops for that show, too.)

Filming for The Responder began in March 2021, while the UK was in full lockdown. “It was really quiet,” the show’s Adelayo Adedayo told me. “I’ve shot [in Liverpool] before, and it’s usually such a vibrant, alive city. It was weird at night; super quiet and nobody out.”

According to Schumacher, show star Martin Freeman was able to avoid being recognised by locals thanks to his face mask, and kept up his character’s Scouse accent even when he wasn’t on camera. "He was determined to get it right, and because of that he stayed in the accent the whole time, even when we weren't filming,” Schumacher told the Liverpool Echo. "When lockdown lifted and you could do more, go to cafes and stuff, Martin loved it because he could pop a mask on and go to these places where normally he couldn't. And his Scouse accent helped."

"You know if you've managed to get past the old dears in cafes on Smithdown Road,” he added of Freeman’s accent, “you've nailed it."

More like this
Everything To Know About The 'Daisy Jones & The Six' TV Series
By Maxine Harrison and Brad Witter
Turns Out George Clooney Is A Huge Fan Of This Classic British Game Show
By El Hunt
This First Look At 'The Gold' Shows Jack Lowden In A Whole New Light
By El Hunt and Sam Ramsden
'The Traitors' Is Officially Being Turned Into A Board Game
By El Hunt
Get The Very Best Of Bustle/UK
Sign up for Bustle UK's twice-weekly newsletter, featuring the latest must-watch TV, moving personal stories, and expert advice on the hottest viral buys.