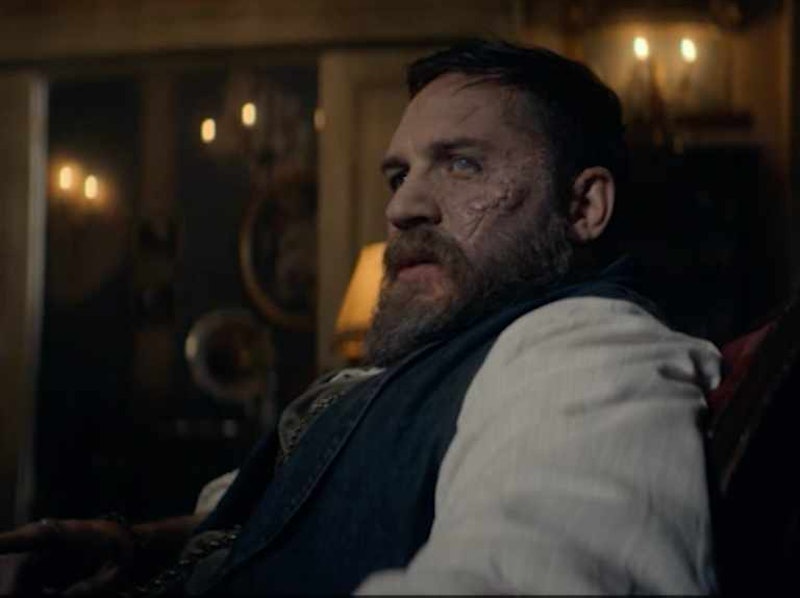 Like many TV series, Peaky Blinders saw its forward progress interrupted in March 2020 due to the coronavirus. For long months, the public health situation prevented the cast and crew from filming Season 6. It wasn’t until Jan. 19, 2021 that viewers could breathe a sigh of relief, as series creator Steven Knight announced that filming had officially recommenced. Unfortunately, Knight also revealed that the upcoming chapter will be the final season of Peaky Blinders, despite hinting at the potential of a seventh series last year.

While fans may be reluctant to say goodbye, they do still have Season 6 to enjoy, and it’s drawing closer and closer. Here’s everything we know so far, including updates about the Peaky Blinders Season 6 premiere date, cast, plot, trailer, and more.

Following months of anticipation, the BBC have finally confirmed that Peaky Blinders Season 6 will premiere on Sunday, Feb. 27, at 9 p.m. on BBC One.

One of the show’s new stars, Conrad Khan, previously teased the drama’s February release date during an interview with Radio Times. “[Season 6] comes out, from what I last heard — I mean, these things change so quickly — I think that will come out next February, the beginning of next year,” he told the publication in August. He also mentioned that there was “so much footage” that it took six months to edit.

Khan’s prediction was also backed up by co-star Paul Anderson who plays Arthur Shelby Jr. Anderson uploaded a photo of himself and Cillian Murphy on Jan. 25, captioned: “This is the first ever image of Tommy and Arthur. We picked these guns up for the first time 10 years ago, and next month we put them down for the last time! Coming soon... PEAKY BLINDERS SEASON 6…”

Meanwhile, series creator Knight teased Season 6 will be “the best series of all,” despite the major filming disruptions. “After the enforced production delay due to lockdown, we find the family in extreme jeopardy and the stakes have never been higher,” Knight told the BBC in January 2021. “We believe this will be the best series of all, and sure that our amazing fans will love it.” While this season signals the end of Peaky Blinders, Knight provides a little hope by suggesting that “the story will continue in another form.”

In November, Peaky Blinders director Anthony Byrne offered a big update about the making of the final season when he shared a photo of himself with the show’s editor Paul Knight. “We just finished cutting the final episode of Peaky...” he captioned the post. “Still a lot more to do, but spending the last months with this talent f**k has been a great pleasure.”

While the plot of the final season has been kept under wraps, actor Sam Claflin confirmed in September 2020 that the Season 6 storylines are set to be better than ever. “I have seen scripts and they’re very, very, very juicy,” he told LADbible. And Cillian Murphy has also added his two pence into what fans can expect. “I think it’s going to be very intense,” he told Rolling Stone. “The word we keep using is ‘gothic’ Yeah, it’s going to be heavy!”

Though Season 5’s cliffhanger finale left the fate of Tommy Shelby (Cillian Murphy), up in the air, Steven Knight has confirmed the character will be present in the next season, and that he’ll be facing mounting political tension.

"It’s fortunate for me and unfortunate for the world that Peaky, as it makes its two or three year leaps, keeps hitting stepping stones that are very resonant of what’s going on,” Knight told NME. “In series six, we’ll be looking at 1934 and things are worse. The drum beat is getting louder, tensions are worse and Tommy is right in the middle of all that. Again, it will be an exploration of what was going on in the ’30s and how certain things transpired.”

Teasing the “great” opening minutes of Season 6, director Byrne told Digital Spy, “It picks up directly [where it left off], so the very first image you will see will be back in that field… Tommy, with a gun to his head.” He said they’ll then “move on from there” and “resolve that amazing moment.”

Ultimately, however, it may come to another bitter end: In Knight’s interview, he called the season “a tragedy.”

As a New Year’s gift for fans, BBC dropped the trailer for Peaky Blinders’ final installment on Jan. 1, 2022. Though the clip stopped short of revealing a Season 6 release date, it did tease a grisly end to the period drama.

Murphy will reprise the leading role of Tommy in the forthcoming series, as Radio Times reports. He is expected to be joined by fellow returning cast members, including Paul Anderson as Arthur Shelby, Harry Kirton as Finn Shelby, Sophie Rundle as Ada Thorne, and Sam Claflin, who will reappear as the fascist politician Oswald Mosley.

Other characters set to appear in Season 6 include Gina Grey (Anya Taylor-Joy), which Byrne confirmed during his Obsessed with Peaky Blinders interview. “Gina, and whoever her family are, will make themselves known, Oswald Mosley and some people around him and his world,” Byrne teased of their story arcs. “Gina is obviously American and she comes from quite an influential American family, who are not overtly a crime family, but there’s a lot of grey there, and that’s sort of teed up to be delved into in the next season.”

He also added, speaking to GQ, “There’s a lot to be revealed about [Gina in the next season]. She’s a player, she’s a manipulator. She’s part of a wider plan.” Digital Spy speculated that this could mean Julia Roberts and Stephen Graham — who are both rumoured to be in talks to appear in the show — will play Gina’s mother and father, respectively.

BAFTA EE Rising Star Award nominee Conrad Khan has joined the cast for the final series, though we don’t know what role he will play just yet. Stephen Graham, of Line of Duty and Boardwalk Empire fame, will also appear in the upcoming series. The show’s official Twitter shared a first-look image of Graham on set. Rumours had suggested he might be playing Al Capone, but given his wardrobe, the Twittersphere is less convinced that’s the case.

Fans will be delighted to learn that Tom Hardy is set to reprise the role of London gangster Alfie Solomons. When asked what we can expect from Alfie’s return, Knight told RadioTimes.com to expect “Chaos.” He added: “I think it's difficult to explain without giving stuff away, but we might find Alfie in a position not quite as strong as he normally is. And the question is, can he build himself back up?"

As well as working on Peaky Blinders together, Hardy and Knight are teaming up for a new BBC adaptation of Charles Dickens’ Great Expectations, which is reportedly being filmed in an abandoned village in Hampshire.

Murphy will reprise the leading role of Tommy in the forthcoming series, as Radio Times reports. He is expected to be joined by fellow returning cast members, including Paul Anderson as Arthur Shelby, Harry Kirton as Finn Shelby, Sophie Rundle as Ada Thorne, and Sam Claflin, who will reappear as the fascist politician Oswald Mosley.

Claflin’s character played the primary antagonist in Season 5, and the feud between Tommy Shelby and Mosley has hinted at its own storyline in the new season.

We know from real-life history that Oswald Mosley married his second wife, Diana Guinness, in 1936, and that Adolf Hitler was a guest at their wedding, so perhaps Season 6 will introduce his character, too.

Sadly, Aunt Polly won’t feature in Season 6 after Helen McCrory’s death in April 2021. According to Murphy in the Observer, “she would have been in series six if the pandemic hadn’t put everything on hold. We were just five days away from shooting in March 2020 when the lockdown was announced. Helen was the heart of that show and it was hard to make it without her. Really hard.”

“She was like the matriarch of Peaky Blinders, and the person I was closest to,” Murphy told Irish radio station Today FM. “It’s desperately sad. We’re all still trying to come to terms with it.” Meanwhile, definitely not returning this season is Charlie Murphy, despite appearing in the climax of series 5, per Digital Spy. She played real-life unionist leader and Tommy Shelby's occasional love interest Jessie Eden.

Despite previously hinting that there could be a seventh season, it has been confirmed that Season 6 will be Peaky Blinders’ last, ending after eight years on air. But it won’t be the last we see of the Shelbys and their antics, as the family are set to return in a Peaky Blinders movie, which is due to start filming in 2023.

The film will be shot and set in Birmingham, and Knight said that the movie would “be the… end of the road for Peaky Blinders as we know it.”

Given that Peaky Blinders likely won’t be on our screens till February at the earliest and you may need a way to pass the time, know that all five previous seasons of the hit drama are currently available to watch on BBC iPlayer. You’re welcome.

This article was originally published on Oct. 4, 2019