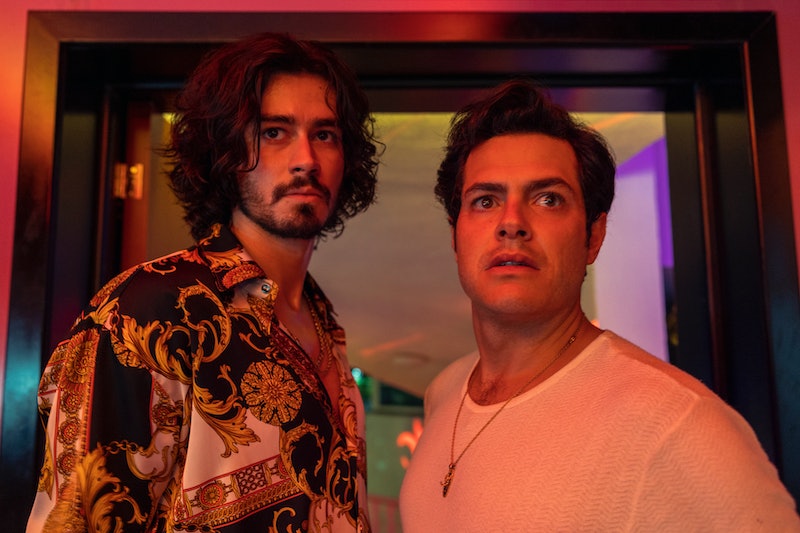 Narcos: Mexico Season 3 traces the rise of the Tijuana Cartel in the wake of Félix Gallardo’s 1989 arrest. It was founded by members of the Arellano Felix family, though the show primarily centers around Ramón (Manuel Masalva), Benjamin (Alfonso Dosal), and Enedina (Mayra Hermosillo). Benjamin was considered the leader of the organization.

Ramón was killed during a police shootout in February 2002, and Benjamin was arrested less than a month later. He was ultimately sentenced to 22 years in prison on charges of drug trafficking and organized crime in Mexico. Nine years later, however, the Mexican government extradited him to the U.S. to face drug, money laundering, and racketeering charges. According to the U.S. indictment, Benjamin had been the cartel’s top leader since 1986, overseeing the torture and murders of rivals on both sides of the border and allegedly covering up the executions by dissolving bodies in drums of chemicals or burning them in the desert.

“He was the top of the chain,” former federal prosecutor John Kirby told NBC News of Benjamin in 2012. “The brothers were at the top, and he was at the very top. He had the final say ... He was like the CEO of the operation.”

In April 2012, Benjamin struck a plea deal accepting a maximum sentence of 25 years in U.S. prison — a far lesser punishment than lower level members of the cartel received. Federal prosecutors agreed to dismiss some of his charges, which would have cumulatively carried a 140-year prison sentence if he was convicted. He also agreed to forfeit $100 million in profits. Explaining that he was limited by the terms of the plea deal, U.S. District Judge Larry Burns told the court that Benjamin deserved a life sentence for harming the U.S. and Mexico in a “profound” way, per CBS News.

When Burns asked Benjamin if he’d like to address his actions publicly, he reportedly replied, “I am being accused of things that other people did. They want to hold me responsible for those things.” The judge pointed out that he’d already admitted to running the cartel, and asked if he wished to retract his guilty plea, but Benjamin declined.

“Arellano Felix led the most violent criminal organization in this part of the world for two decades,” U.S. Attorney Laura Duffy said in a statement at the time. “Today’s guilty plea marks the end of his reign of murder, mayhem, and corruption, and his historic admission of guilt sends a clear message to the Mexican cartel leaders operating today: the United States will spare no effort to investigate, extradite, and prosecute you for your criminal activities.”

Duffy added that Benjamin “will likely spend his remaining years behind bars in the U.S., paying for his leadership role” in the Arellano Felix organization. He’s currently 69 years old, and will be 85 when he completes his sentence. Many of the male members of his family have also been arrested or killed, and Edenina has reportedly been running the Tijuana Cartel in their absence.