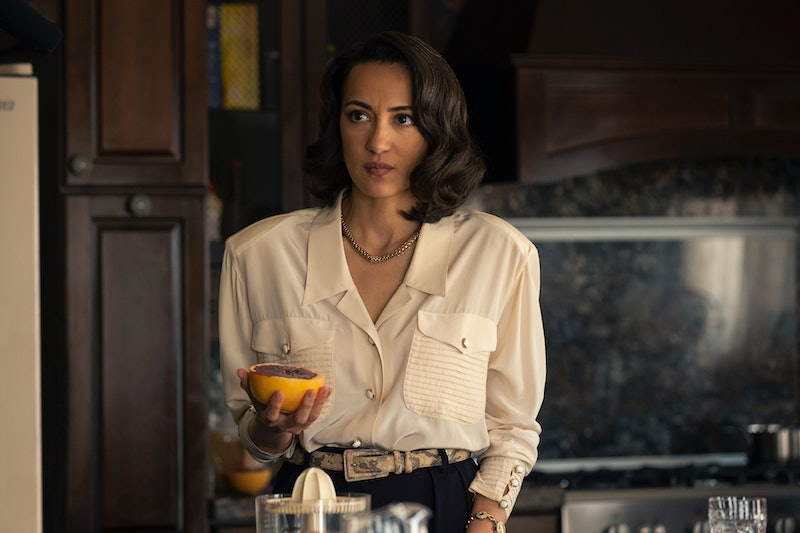 In the wake of Félix Gallardo's imprisonment, a new generation of Mexican kingpins rise up in the final season of Narcos: Mexico. Among the heavy hitters is Enedina Arellano Félix (Mayra Hermosillo), one of seven siblings in the Arellano Félix family. After all of her brothers were arrested or killed, she took over the Tijuana cartel and is assumedly still running it today.

Per El Pais, the formerly allied criminal organizations in Mexico split into rival factions following Félix Gallardo’s arrest and waged war with each other for power. The biggest players were the Sinaloa cartel and the Tijuana cartel, also known as the Arellano Félix Organization (AFO). Brothers Benjamin and Ramón Arellano Félix led the cartel until Ramón was gunned down at a carnival in Mazatlán (which was in Sinaloa territory) in 2002. A week later, Benjamin was sentenced to 25 years in a U.S. prison for drug trafficking. The family’s youngest brother, Francisco Javier, briefly took over but was then arrested in 2006 by the U.S. Coast Guard and sentenced to life in prison, per The San Diego Tribune. Another brother, Francisco Rafael, was shot and killed in 2013, per The BBC.

With AFO’s masterminds out of the picture, Edenina took over operations. "She is an educated lady who took care of all of the administrative managements of money for her brothers," said Robert Castillo, former Special Agent in Charge (SAC) for the El Paso DEA office, per the San Antonio Express-News. He noted that even before Edenina took over the cartel, members used to call her “La Jefa,” or “The Boss.”

Mike Vigil, the former chief of international operations for the DEA, told San Antonio Express-News that Edenina was known for being "calculating and cold," yet capable of resorting to violence "when necessary."

In 2011, Insight Crime reported that Edenina was likely helping her son, Fernando Sanchez Arellano, to run the cartel, noting that he uses “cunning rather than force” to get his way. U.S. officials renamed the AFO the Fernando Sanchez Organization (FSO) in 2010, but surmised that it was Enedina’s contacts with Colombia that were really keeping the organization afloat.

Fernando Sanchez Arellano was captured in 2014. It’s assumed that Edenina has led the cartel since then and that she’ll continue to hold the leadership role for the foreseeable future. In May, El Pais reported that Edenina’s brother Eduardo was set to be released from jail in August 2021, and that he could take over the cartel and reignite the war against the Sinaloas. But per AP News, Eduardo was re-arrested in Mexico as soon as he was deported from the U.S. on Aug. 23. He’s currently facing charges of organized crime and drug trafficking charges in the country. Meanwhile, Edenina is assumedly still in charge and at large.