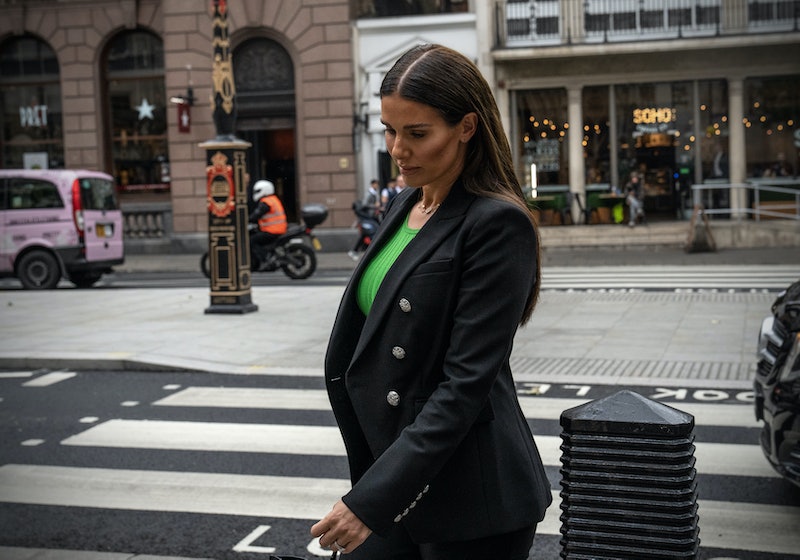 The fat lady has finally sung for one of this year’s most high-profile legal cases in the UK. Yes, Rebekah Vardy lost her libel case against Coleen Rooney. The verdict came in remotely from Mrs Justice Steyn around midday on Jul. 29, just over two months after the initial hearing in May. The same third name was in the eye of storm once more: Vardy’s former agent Caroline Watt. Famous for losing her phone to Davy Jones’s locker just days after a judge said it should be searched, she was also notably absent from all court proceedings, citing illness. As the verdict is processed up and down that country, what do we know about where Caroline Watt is now?

Who Is Caroline Watt?

As already discussed, Caroline Watt was Vardy’s agent. She started representing Vardy when her husband, Leicester City striker Jamie Vardy, rose to fame in 2015, and has been credited with securing publicity opportunities for Vardy such as her 2018 appearance in reality TV show I’m A Celebrity… Get Me Out Of Here!

Though she was initially employed under talent agency The Frontrow Partnership, Watt departed to form her own PR business in 2018, taking her main client, Rebekah Vardy, with her, according to the Independent. Aside from a close professional relationship over the years, the Daily Mail has also reported a close friendship between Watt and Vardy, with Watt being a regular visitor to the Vardy’s home in Lincolnshire, and the pair spotted at parties together.

A simple question with a complicated answer. Watt had been due to give evidence in support of Vardy, however, she withdrew her evidence pre-trial, and the court was told this was due to health concerns.

When Rooney’s lawyer David Sherborne argued that holding the trial without Watt was “like Hamlet without the Prince of Denmark,” and attempted to add Watt back into the legal proceedings in February 2022, the judge refused, saying it was too late in the day and would “delay the main libel trial by up to a year, which would be unfair on Vardy,” per the Guardian. Ultimately, she would go down in history for that fumbled mobile moment.

Where Is Caroline Watt Now?

One of the key takeaways from Justice Steyn’s damning verdict was that Caroline Watt likely knew her evidence was untrue. The judge said Mrs Vardy chose not to call her agent Ms Watt to give evidence partly because she knew her evidence “would be shown to be untrue.” Referring to the timing of her phone’s deep sea dive, she said: “The timing is striking…the likelihood that the loss Ms Watt describes was accidental is slim.”

The judge continued: “It is likely that the WhatsApp chat between herself and Mrs Vardy, as well as exchanges with journalists, was available on Ms Watt’s phone when she was advised very shortly after the reveal post that such evidence must be preserved.”

She added: “In my judgment, it is likely that Ms Vardy deliberately deleted her WhatsApp chat with Ms Watt, and that Ms Watt deliberately dropped her phone in the sea.” Furthermore, Justice Steyn said “the evidence… clearly shows, in my view, that Mrs Vardy knew of and condoned this behaviour, actively engaging in it by directing Ms Watt to the private Instagram account, sending her screenshots of Mrs Rooney’s posts, drawing attention to items of potential interest to the press, and answering additional queries raised by the press via Ms Watt.”

Watt’s current situation is unknown. Speaking to the Daily Mail, another of Watt’s clients, Nicola McLean, said Watts has severely suffered from the coverage and fallout of the highly publicised legal case. “She’s known lots of things about people that haven’t ended up in the papers, so I don’t think we should start dragging her through this as well,” she said. “She’s in a very fragile state of mind.”