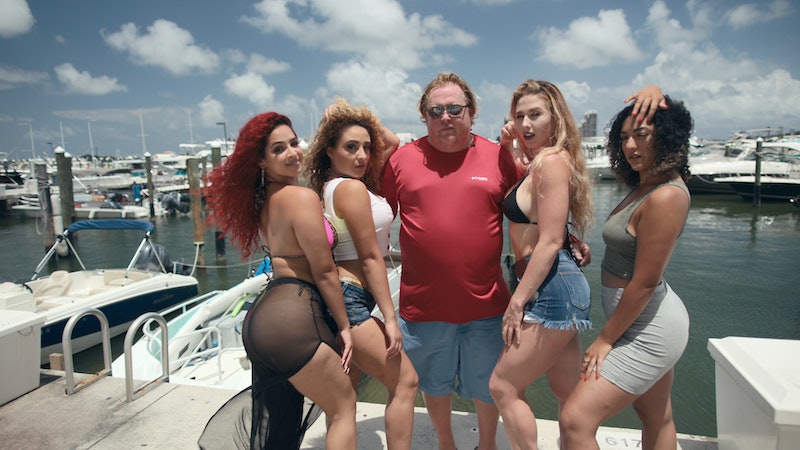 One of the most instrumental people in securing a conviction for Joe Exotic was his longtime friend James Garretson, whose known the big cat breeder for roughly 20 years. Though conflicted about the decision, Garretson ultimately cooperated with the FBI to investigate Exotic, recording incriminating conversations with his friend and even introducing him to an FBI agent posing as a hitman.

“I really didn’t want to get involved,” Garretson told People in 2020 of his hesitation to work with authorities. “Like today, when I look back I always second guess myself. I might have saved some animals from dying. But why did I put myself out there like this? I just pretty much told myself I’m going to do it, I’m going to play by the rules, I’m just going to basically help them.”

As a tiger owner himself since age 18, Garretson was motivated by Exotic’s alleged animal abuse more so than the accusations that he hired a hit man to kill his archrival Carole Baskin. When asked by People to describe Exotic, Garretson used the word “evil” and noted that those treating his former friend as a folk hero of sorts don’t “know the deep, dark Joe.” In the end, Exotic was sentenced 22 years in prison for the murder-for-hire plot against Baskin as well as various animal abuse offenses.

Following his sentencing, Exotic filed a $94 million lawsuit against Garretson, his former business partner Jeff Lowe, and various other individuals, as well as the U.S. Department of the Interior and Fish and Wildlife Services. He accused the defendants of perjury, false imprisonment, malicious prosecution, and causing mental anguish, claiming that his arrest and conviction were part of a conspiracy.

Since appearing on Tiger King, for which he reportedly only received a few thousand dollars, Garretson says he’s received several death threats and hateful messages on social media, with some calling him a rat or narc. “What people say about me is not going to change my quality of life. I just laugh at them and move on,” he said on the Nothing Beats Experience podcast in April 2020.

He’s also seen the countless memes about him — particularly in relation to a moment in Tiger King in which he rode a jet ski. “If people like seeing a fat man on a jet ski, I’m cool with it,” Garretson said on the podcast, adding that he’s a fan of the memes that compared him to a life-sized Chucky doll. “I didn’t cut my hair in a while. ... I laugh at them all.”

After the show, Garretson has continued to operate his businesses, including nightclubs, strip clubs in the Fort Worth, Texas area, and a South Florida water sport company where he now offers fans the ability to ride a jet ski with him. He also joined Cameo and gives customers shoutouts from his jet ski at the price of $99 for a personal-use video and $275 for businesses. “I’m pretty much on a jet ski six or eight hours a day,” he added on Nothing Beats Experience.

Meanwhile, Garretson’s feud with Baskin is still in full effect. He often posts about the Big Cat Rescue owner on his Instagram account, and recently shared a photo of himself wearing a “Carole Baskin For Prison” shirt. “Karma’s coming to get you, Carole. Coming real soon, get ready,” he said in an Oct. 28 Instagram video. “Hopefully your ass will be locked up pretty soon.”

In Tiger King Season 2, Garretson maintains his distaste for Exotic, calling him an “animal murdering piece of sh*t.” However, he says that he doesn’t believe Exotic was involved in the murder-for-hire scheme. “A lot of people know I was one of the reasons Joe Exotic went to prison,” he says in an Instagram video featured in the series. “I thought I was doing the right thing, but I think it’s time to try to get Joe Exotic out of jail.”