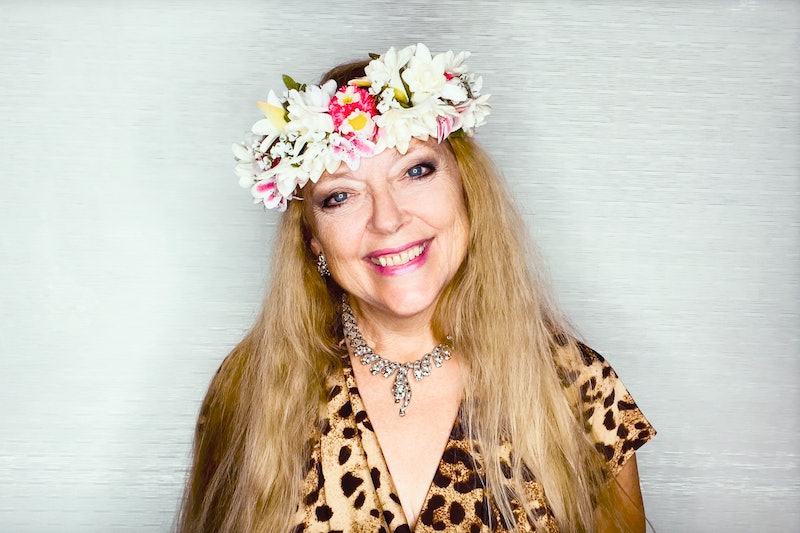 It’s been nearly two years since Netflix’s Tiger King introduced the world to Carole Baskin, the eccentric CEO of Big Cat Rescue and Joe Exotic’s longstanding rival. In a confluence of events that could have only happened in 2020, she even competed on Dancing With the Stars, debuting with a dance to “Eye of the Tiger” before being eliminated in Week 3. As a whole, her life has changed significantly since viewers met her on Tiger King.

Baskin told Entertainment Tonight in September 2020 that after the show, over 190 media outlets reached out to her for an interview, most of which she turned down. It was her daughter, Jamie Veronica, who talked her into doing DWTS. “[The big cats] were the real losers in Tiger King. There was [little] attention paid to what those cats go through,” Baskin told ET. “I have always been strictly focused on protecting big cats and saving them in the wild. The editors of Tiger King chose not to focus on that part of what I do. I'm really hoping the editors of Dancing With the Stars do.”

Baskin still runs Big Cat Rescue, but in an ironic turn of events, she also became the owner of Joe Exotic’s Oklahoma zoo. (Exotic is currently in prison). As reported by CNN, a judge granted her ownership in June 2020 as part of her lawsuit against his former company, Greater Wynnewood Development Group, LLC. The judge also awarded Baskin cabins and vehicles on the premises, in addition to ordering GWDC to vacate the property within 120 days and remove “all zoo animals from the Zoo Land.”

Two months after the ruling, Jeff Lowe, to whom Exotic ceded control of the zoo in 2016, permanently closed the park. Baskin offered to help re-home the animals, but Lowe declined. “I know everyone is going to bombard me with the question we all want answered; 'What about the animals?' and we don't know yet what will happen but will alert you the minute we do," Baskin wrote on Facebook at the time. In June 2021, she sold the zoo for $140,000 to property investors Francisco and Nelly Vazquez, according to TMZ. The sale also included multiple deed stipulations, such as prohibiting future owners from using the land to house exotic animals of any kind.

"When we sold the property in June, we required that it never be used as a zoo," Baskin explained to Yahoo! in late August. Baskin’s husband Howard noted that they also barred future owners from associating the property with Tiger King. "If it became an RV park or storage unit, we don't want it named the Tiger King RV Park. We would like the 20 years of mistreatment of animals there to be forgotten and be history."

Similar to Exotic’s zoo, Big Cat Rescue started out as a tourist attraction when Baskin founded it in 1992. However, according to Longreads, she changed course a few years later after realizing that the business was inhumane (they were breeding the exotic cats and treating them as pets). Big Cat Rescue instead began neutering and spaying all of their animals, and any time someone brought in a cat for them to rescue, they required them to sign a waiver saying they would never own exotic cats again. "We're the only place that absolutely insists that if you're going to dump an animal here, you are never going to own another exotic cat," Baskin told Longreads.

It costs about $50 per person to visit Baskin's sanctuary. "It's not like a zoo…you can't just walk around," Baskin told Vanity Fair. “We take you out for a guided tour for an hour and a half. We tell people why these cats don't belong in cages and why there shouldn't have to be an organization like Big Cat Rescue to rescue cats from horrible situations."

In fact, Baskin’s ultimate goal is something that would put her out of business: ending wild cat ownership altogether. On Big Cat Rescue’s website, Baskin urges readers to help pass the Big Cat Public Safety Act, which will end both "owning big cats as pets and stopping exploitative roadside zoos from offering cub petting and photo ops."

Per Congress.gov, the bill was passed by the House of Representatives in December 2020, and was referred to the Senate’s Committee on Environment and Public Works. "We've generated over 16,000 calls from people in the past year and a half and stand poised to get that bill passed this year," Baskin told Vanity Fair. She hopes that Tiger King will help spread awareness of the dangers that this kind of exotic entertainment inflicts on the animals. "Everybody who pays to pet a cub or have an interaction with a big cat, is enabling all of this criminal activity that they're seeing in this documentary," she said.

In addition to Baskin's activism and daily duties at Big Cat Rescue, she also has a YouTube channel where she regularly uploads video diaries. She’s still married to Howard Baskin, who she met in 2002, and her daughter Jamie works at the sanctuary along with her.

Of course, Baskin has also continued to speak out against Netflix and the producers behind Tiger King. When the trailer for Season 2 dropped including footage of her and her family, she sued Netflix for breach of contract, alleging that she’d only consented to be featured in one season of the series. The filing demanded the streamer remove all footage of her and Howard from the sequel prior to releasing Tiger King 2. However, Netflix countered that the releases they signed in 2019 explicitly permitted the footage to be used in future projects. A judge ruled that the Baskins had “no claim,” and that Tiger King 2 could go on as scheduled.

After Tiger King 2 was released, Baskin and her husband again slammed the series’ directors for continuing to insinuate that she had something to do with the mysterious 1997 disappearance and presumed death of her second husband Don Lewis — a claim that Baskin has fervently denied. “Season 2, as expected and indicated in the trailer, continues to do everything they can to falsely convince the viewer that Carole was involved in Don Lewis’ disappearance,” read a statement the couple provided to the Los Angeles Times. “Consistent with their prior lack of ethics, the producers continued with the technique they used in Season 1 of having accusatory statements about Carole followed by images or video of her chosen to intentionally reinforce and magnify the accusations. The result, predictably, has been a new surge of social media hate directed at Carole the day of the release.”

Around the same time that Tiger King 2 came out, Baskin appeared in the Discovery+ docuseries Carole Baskin's Cage Fight, which the Big Cat Rescue owner says is a much more accurate portrayal of her life. "It got just about everything wrong," she said of Tiger King on the Today show. "When people see Carole Baskin's Cage Fight, that's who I really am. That's my real voice, that's me out there really chasing down these bad guys. It's not just a bunch of talking heads that are trash-talking each other."

In the series, Baskin also addressed Lewis’ disappearance. She said that she’s been called a murderer, homewrecker, and gold digger and has been the subject of numerous allegations, including that she fed Lewis to tigers or buried him under their house. "How is it they can't come to one lie and everybody agree on that lie?" she said in one episode of the wide-ranging theories.

While promoting Cage Fight in a Reddit “Ask Me Anything” in 2021, Baskin revealed her own theories about what happened to Lewis. Explaining that Lewis’ “loved to fly,” she wrote that the “most likely scenario” is that he “crashed a small experimental plane or ultralight into the Gulf.” She pointed out that though he “wasn't licensed to fly,” he still did all the time. As a result, he “couldn't file a flight plan and had to take off from closed airports to evade detection.” He also “had to fly under 200 feet to stay off the radar.”

In 2022, Baskin and Howard teamed up with retired cop Tim Harrison to make a documentary called The Conservation Game, which investigates the “dark underbelly of the exotic pet trade” and is available to stream for free online. “For the first time, these self-proclaimed conservationists will be exposed for who they really are,” Baskin said in a press release. “By using my platform to bring The Conservation Game to the American public, we have the potential to create much-needed change that could save thousands of innocent cubs from a life of exploitation.”

Saturday Night Live star Kate McKinnon is also set to portray Baskin in Peacock’s limited series Joe vs. Carole, which dramatizes Baskin’s feud with Joe Exotic. After photos of McKinnon as Baskin surfaced in October 2021, the animal rights advocate told TMZ that she was stunned by how much McKinnon looked like her.

Months later, she told Metro that she and Howard are planning to watch the show. “My husband and I look forward to seeing Kate McKinnon and Kyle McLaughlin’s portrayal of us, even though we expect it will be a parody based on the trailer,” Baskin said in January 2022. “Both are talented actors and I expect Joe vs. Carole will be a lot more entertaining than the situation was in real life.”

Even so, Baskin went on to describe her issue with Tiger King spinoffs relying on “entertainment value” rather than “really get at the main issues of big cat and cub abuse and the imminent extinction of big cats due to cub petting,” as she did in her Discovery+ series. “My fear is that in the next five years, while people are morbidly obsessed [with] the plight of my former husband, Don Lewis, we will have reached the point of no return for the planet by failing to safeguard the world’s most iconic species.”

This article was originally published on March 21, 2020