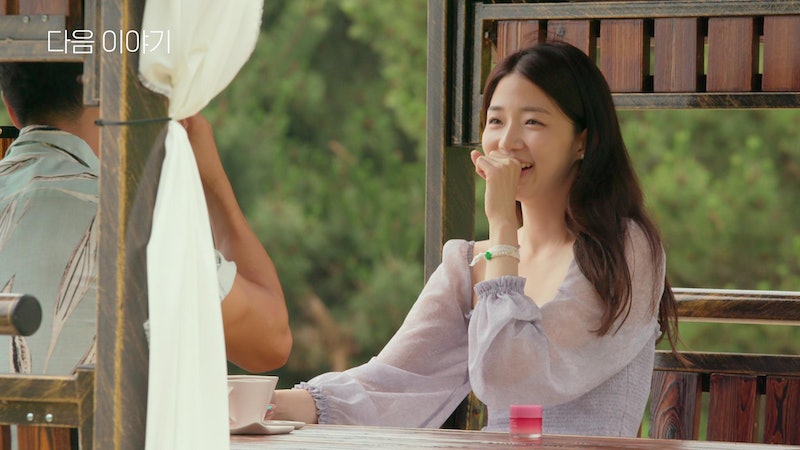 It’s easy to see the appeal of Single’s Inferno, Netflix’s latest reality dating show. Though the Korean series debuted during cuffing season, filming happened over the summer — and those dreamy beach views, coupled with the show’s fast-paced dating system that expressly favors attraction over boring, real-world details (like your age or what you do for work), are enough to make you feel like you’re in Paradise as you watch. Well, almost.

Following 12 singles seeking love while trapped on a deserted island with limited resources, Netflix’s global Top 10 hit sees the individuals quickly pair up in hopes of earning a night in Paradise, aka a luxury hotel off-site. Single’s Inferno Season 2 hasn’t been confirmed yet — and even if it is, the wait for more island drama could be a while. In the meantime, though, let’s catch up on the couples who ended up together after Season 1’s Jan. 8 finale. Here’s the status on which Single’s Inferno couples are still together based on a bit of internet sleuthing.

Though some of the couples’ fates are more conclusive than others (see Oh Jin-taek and Kang So-yeon below), Song Ji-a and Kim Hyeon-joong’s relationship status was referenced only by the subtlest clue: a puppy photo. As Yahoo reported, Hyeon-joong posted a dog snap to his Instagram story upon the premiere of the season finale, seemingly referencing Ji-a’s nickname for him — and maybe hinting that everything worked out. “I can be like a puppy,” Hyeon-joong told the lifestyle vlogger before she made her final selection. “I’ll always keep you safe and make you laugh. By your side.”

However, it looks like any budding puppy love has fizzled out. As NME reports via Koreaboo, Hyeon-joong unfollowed Ji-a on the platform — but not for any scandalous reason (like the fact that Ji-a was recently criticized for wearing fake designer clothes on the show). “There have been a lot of attention [on us] and Ji-a also wasn’t following me,” he told Maeil Business Paper in South Korea. “I didn’t want unnecessary rumors to start circulating, so that’s why I decided to unfollow her too. There were no other reasons. Honestly, I had no idea that there was a controversy at the time.”

But all is not lost. Hyeon-joong also called Ji-a “a kind and bright friend who works extremely hard,” and said the pair has “contacted each other here and there.”

Cryptic is the fate of Shin Ji-yeon and Moon Se-hoon. Neither is the most active on social media, but they do at least follow each other on Instagram. (A profile that seems to be Ji-yeon’s says her old account was hacked, but she’s back and building up a following again.)

Though Kang So-yeon was conflicted about spending a third night in Paradise with Oh Jin-taek — she “didn’t really get to know the others,” she admitted — the couple’s chemistry proved strong, and they spent another cozy night together anyway. Did they stay paired up “beyond Paradise,” as Jin-taek hoped they would?

Fortunately, it looks like the answer is yes. Per TheCinemaholic, both So-yeon and Jin-taek posted Instagram videos from what seems to be the same tennis court back in August, suggesting they were spending time together after the show.

It’s by no means a confirmation, but compared to their Single’s Inferno peers, it’s about as close as viewers can get for now.

On Feb. 1, So-yeon filmed a video with Cha Hyun-seung (the contestant she jokingly announced she’d be taking to Paradise before ultimately revealing Jin-taek as her choice) and didn’t outright acknowledge her current relationship status. However, she did seem to stand behind her choice on the show, explaining that she never had a romantic connection with anyone else. So it’s fair to assume that she and Jin-taek are still together.

Despite that hilarious fake-out in which An Yea-won pretended to leave Kim Jun-sik on the beach, the cute couple did ultimately end Single’s Inferno together. But after that, their status was a mystery. Jun-sik did repost a collage of him and Yea-won, a potential sign they were indeed together post-Inferno. But as Koreaboo reports, it looks like they may have since split. In January, Yea-won also appeared in a video with Hyun-seung and said she and Jun-sik were no more. That said, it was for a pretty relatable reason: life got too busy!

“After the filming was done, we came back to our normal lives, and I had a lot of things to work on because I wasn’t able to do my work for nine days. So, I was really busy figuring those stuff out,” she said. “The situation wasn’t like where I could meet him after my work and stuff. We did meet up a few times and kept each other updated, so we decided to stay good friends.”

More like this
Fans Are Convinced Nadine Is Dating A Fellow 'Single’s Inferno' Contestant
By Brad Witter
Jin-young Reflected On His Relationship With Seul-ki After 'Single’s Inferno'
By Brad Witter
'Bling Empire: New York’ Star Tina Leung Has A Superhero Alter-Ego
By Alyssa Lapid
'Single's Inferno' Fans Think They Know Who Han-bin Is Dating After This IG Clue
By Grace Wehniainen
Get Even More From Bustle — Sign Up For The Newsletter