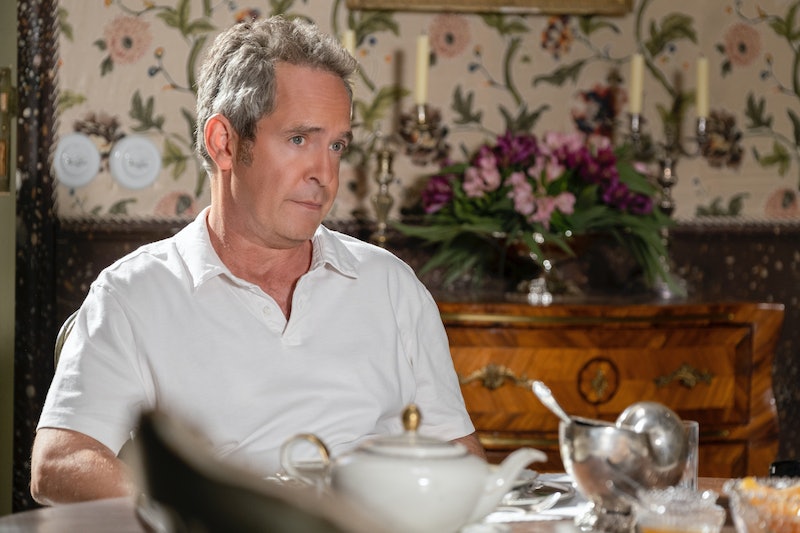 Viewers still need to wait one more week before finding out who dies on The White Lotus Season 2, but until then, the penultimate episode seemed to confirm one major theory. The show’s Dec. 4 episode saw Tanya (Jennifer Coolidge) and Portia (Haley Lu Richardson) get closer to their new coterie of charming, mysterious men while also making some disturbing discoveries. Portia, for her part, learns from a drunken Jack (Leo Woodall) that the “family” isn’t quite what they seem. And Tanya stumbles upon an old photograph of Quentin (Tom Hollander) and, seemingly, the American cowboy he fell in love with decades ago — the one he told Tanya he’d do anything for.

Last week, many fans theorized that Greg (Jon Gries) was the cowboy from the story, and the man in the photo definitely looks a lot like him. Tanya, however, doesn’t have time to react to the shocking discovery. She is quickly seduced by Nicolo, one of the new revelers she meets, and they start to have sex.

Tanya, of course, is not privy to the new information Portia learns about Quentin’s finances — nor to the myriad fan theories that White Lotus viewers have been formulating since Episode 1. So even though she still seems to be having a pretty good time in Palermo, fans took to Twitter to express their concern for the beloved character.

Some were simply excited to see The White Lotus confirm their theory about Greg.

Others urged Tanya to run away — and quickly.

The prevailing theory seems to be that Tanya was set up to sleep with Nicolo, which could theoretically get Greg out of his prenuptial agreement — and get Tanya’s money.

@ceejnsight had another, more fatal theory — that Quentin is going to die, and Greg is going to frame Tanya for the crime.

Several others believe Tanya might be in danger — though it’s worth noting that the show’s creator, Mike White, previously said he would like to incorporate Jennifer Coolidge, his IRL friend, into future installments. “I was like, I can’t go to Italy without Jennifer,” he told Deadline. “And maybe that’s still the case, like, maybe I can’t go to Japan without Jennifer either.”

While we wait to find out what, exactly, happens to Tanya (and Portia, for that matter), it might be worth revisiting earlier episodes of The White Lotus Season 2 and searching for clues. As @AliFenwick points out, Tanya’s dream all the way back in Episode 1 seemed to foreshadow her current situation.

More like this
Everything To Know About 'And Just Like That...' Season 2
By Jack Irvin and Grace Wehniainen
Here’s What Happens To Bill & Frank In 'The Last Of Us' Video Game
By Brad Witter
The 'Gossip Girl' Reboot Creator Is “Looking For A New Home” To Air A Potential Season 3
By Brad Witter
'The Last Of Us' Episode 4 Put Twitter Into An Emotional Spiral
By Alyssa Lapid
Get Even More From Bustle — Sign Up For The Newsletter
From hair trends to relationship advice, our daily newsletter has everything you need to sound like a person who’s on TikTok, even if you aren’t.