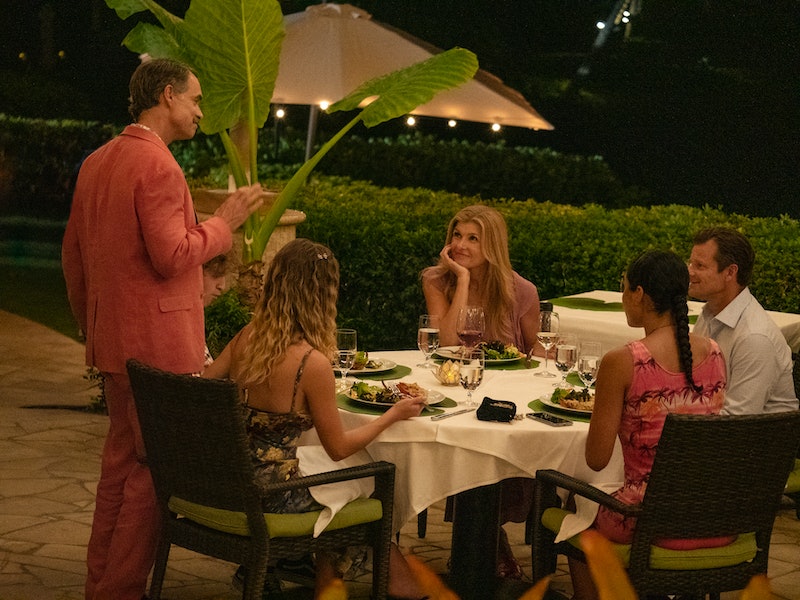 HBO’s The White Lotus offers satirical social commentary on the depths of white privilege, following the lives of several affluent individuals over one turbulent week at a luxurious resort in Hawaii. Featuring an ensemble cast of Jennifer Coolidge, Connie Britton, Alexandra Daddario, Natasha Rothwell, Steve Zahn, Jake Lacy, and Sydney Sweeney, the dark comedy opens on what appears to be a relaxing vacation. But as the six-part miniseries progresses, viewers get a glimpse into the complexity of each character’s backstory, whether they’re mourning a loved one, battling substance misuse, greedily seeking a perfect honeymoon, or awaiting troubling medical results. While the series’ storylines are stress-inducing at times, it all takes place at the charmingly picturesque titular hotel, which has fans wondering: where was The White Lotus filmed?

Speaking to Vulture, the series’ creator Mike White revealed that The White Lotus was conceived after HBO asked him to make a COVID-friendly show that’d be able to shoot under quarantine guidelines. Deadline reported on Oct. 19 that the series had been greenlit by the network and was to be shot in Hawaii, with production beginning the same month. “I am very grateful to everyone who has made it possible for us to bring our little bubble to Hawaii, a place I am proud to think of as a second home,” White told the publication.

On Nov. 21, The Maui News reported that The White Lotus was four weeks into an eight-week filming period at the Four Seasons Resort Maui at Wailea, aka the series’ fictional White Lotus hotel, with about 200 residents appearing as extras and another 100 hired for the series’ crew. Speaking to Variety, the series’ production designer Laura Fox noted that she altered the resort’s tasteful decor to be a bit more over-the-top, adding more patterns, tropical colors, and outdated accessories. She made slight alterations to each suite so they’d be better suited to each individual character. “It was a real challenge because we couldn’t paint the rooms,” she said. “But we did have real views and real architecture, which ended up helping.”

If you want to visit the real hotel, you can — but it’ll cost you. According to its website, rooms at the Four Seasons Resort Maui at Wailea start at a whopping $1,000 a night. But once you arrive, you’ll be able to enjoy all of the amenities featured in The White Lotus and more, including the spa where Coolidge’s character, Tanya, spends ample time; three pools; 81 cabanas; a local art showcase; water sports; tennis kayaking tours; surfing; and snorkeling, which Mark is determined to try with his son, Quinn. It also boasts three restaurants, including Wolfgang Puck’s Spago, which “offers many locally-inspired dishes along with Wolfgang’s classics,” per its website. Of course, booking with the actual Four Seasons doesn’t guarantee a stay with hotel neighbors as mysterious as those at the White Lotus, but some might consider that a bonus.