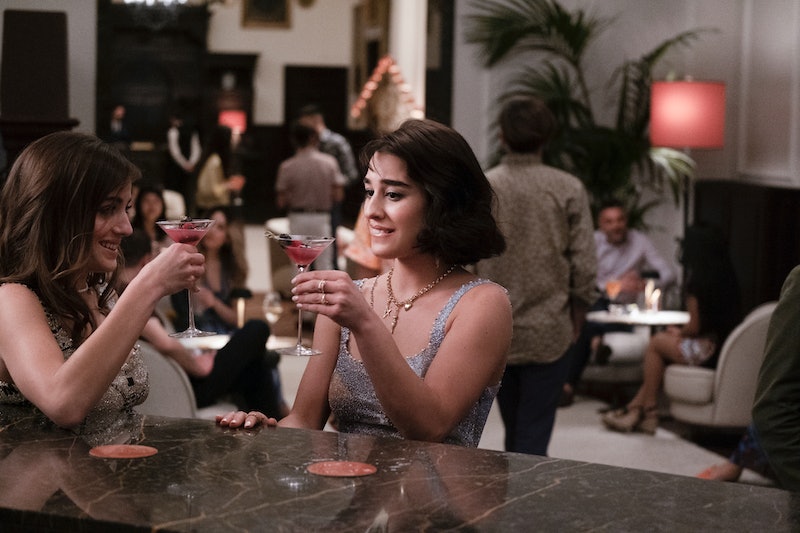 If you don’t think The White Lotus theme is an absolute banger, you’re wrong. As the HBO Max dark comedy's second season comes to a close, fans are piecing together who the American Cowboy Quentin speaks of is, along with who could meet their untimely demise in the finale. Could it be Leo Woodall’s Jack or Jennifer Coolidge’s iconic half-billionaire Tanya? Maybe Cameron (Theo James) will fall victim to the Testa di Moro legend if it manifests itself at the end. However, one thing we all can agree on is that The White Lotus theme song slaps.

The opening credits have everything — weird bird sounds, three-note ominous scales, and lots of cryptic art, which just might predict the ending of the season. Though only 90 seconds in length, the infectious theme song — titled “Renaissance” — has become a major hit and has even been played at clubs.

“It feels like it's club-friendly already. It feels like a party and just an all-out celebration,” Tapia de Veer said of “Renaissance.” “When the beat drops, we're going through those chords. It feels big to me. It feels very emotional and like we’re getting into a journey.”

And a journey it indeed has been. Twitter has been talking about how glorious the theme song is for weeks. @stewandr basically read my mind: “Is anyone else unable to concentrate at work because the White Lotus theme song is playing too loudly in their head?”

“If I ever get married, The White Lotus theme song will be the first dance,” @Bobby_Wads declared.

Don’t touch the remote — we don’t skip the White Lotus intro in this house.

It’s safe to say that “Renaissance” is separating those with good taste from those who do not. “he’s a 10 but he presses “skip intro” on The White Lotus,” says @LouisStaples.

Basically, Twitter loves the theme song, and we’ll all be dancing our hearts out in real time when the Season 2 finale drops on Dec. 11.

More like this
Here’s What Happens To Bill & Frank In 'The Last Of Us' Video Game
By Brad Witter
The 'Gossip Girl' Reboot Creator Is “Looking For A New Home” To Air A Potential Season 3
By Brad Witter
Linda Ronstadt’s “Long Long Time” Plays A Pivotal Role In The Last Of Us
By Brad Witter
Twitter Is Burning As Phoebe Dynevor Reveals Daphne’s 'Bridgerton' Exit
By Sophie McEvoy
Get Even More From Bustle — Sign Up For The Newsletter
From hair trends to relationship advice, our daily newsletter has everything you need to sound like a person who’s on TikTok, even if you aren’t.