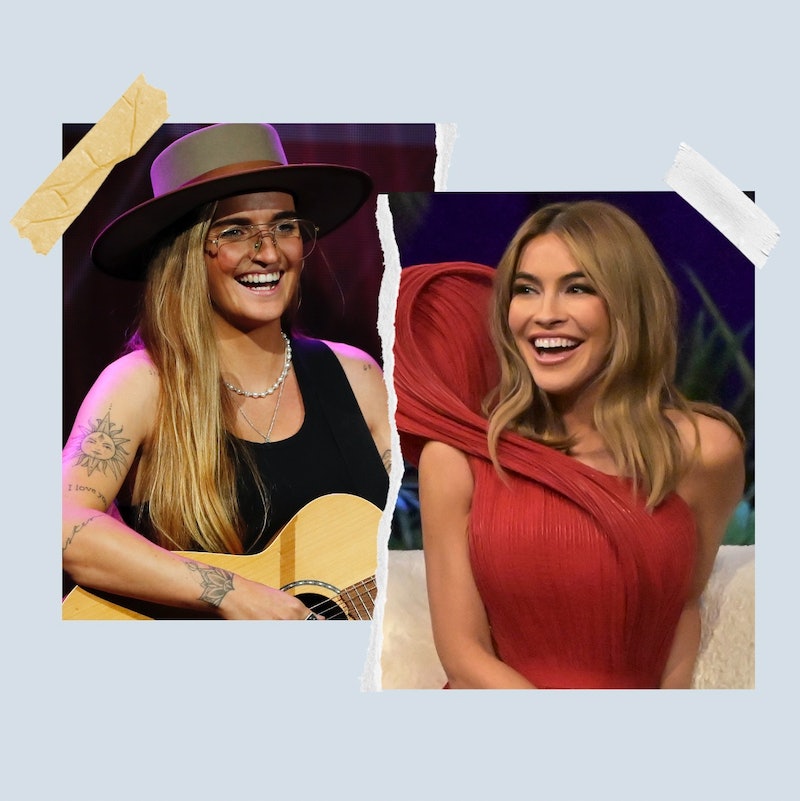 Perhaps the biggest revelation dropped during Selling Sunset’s Season 5 reunion special, which premiered on Netflix on May 6, was Chrishell Stause confirming that she is dating someone new after splitting with her boss Jason Oppenheim. The reality TV star revealed that she’s now romantically linked to nonbinary Australian musician G Flip after reunion host Tan France (of Queer Eye fame) questioned if she was seeing anyone. She responded, “I recently have been spending a lot of time with someone that’s very important to me. Their name is G Flip.”

Here’s what we know about G Flip and how the couple met.

Who Is G Flip?

G Flip is the stage name used by Georgia Claire Flipo. They were born on Sept. 22, 1994 and raised in Melbourne, Australia. They are a singer, songwriter, producer, and drummer.

How Does G Flip Identify?

In 2019, G Flip self-identified as a lesbian. In an interview with Into, they commented that when making music, they “don’t hide the fact that I’m gay at all.” They stated that they use female pronouns when singing, unlike some other musicians who identify as part of the LGBTQ community. “It’s in my music because it’s in my life and I think it makes other queer people feel heard. Kind of like their feelings are valid and safe.”

In June 2021, they came out in a since-deleted Instagram post as nonbinary, revealing that they use the pronouns they/them. G Flip reportedly captioned the post by saying, “I’m non-binary mother f*ckers! Big props to those who have been educating and advocating for the NB community the last few years. Looking into what it means to be non-binary had me realise that that’s who I’ve been my entire life. Gonna use they/them pronouns from now on too. I’m still the exact same person, non-binary is just the best way to explain who I am and how I’ve always felt, like a gender smoothie…. also go pies.”

How Did The Couple Meet?

Chrishell met G Flip when she agreed to star in the music video for their single “Get Me Outta Here,” which comes out on May 13. Shortly after, she began posting pictures with G Flip, and their flirtatious interactions on Instagram tipped their followers off that something more than a working relationship, or even a friendship, might be at play.

Chrishell and G Flip were first seen together publicly at a concert in Los Angeles in March 2022. That month, Chrishell uploaded a carousel of images she’d shared in her Instagram story, including one with G Flip with the two looking particularly cozy. Less than a week later, G Flip attended the Bridgerton Season 2 premiere with Chrishell, and after she included a silly snap of them at the event on her Instagram, the musician commented, “❤️‍🔥❤️‍🔥❤️‍🔥”

Only two days later, Chrishell again included G Flip in a roundup of posts on IG, sharing a video of the artist performing at what the real estate agent called the “Best party everrrrrrrr🤘🏼”

So far, G Flip has released one album titled About Us. The set was released on Aug. 30, 2019. The project received mostly positive reviews from the Australian press, and it went on to earn G Flip several award nominations in their home country. About Us broke into the top 10 on the albums chart down under, peaking at No. 6.

They have also charted several singles on the weekly ranking of the most-consumed songs in Australia. Their highest-charting hit is “Drink Too Much,” which peaked at No. 72. “Killing My Time” and “Hyperfine” have also reached the top 100. Several of G Flip’s singles have received gold or platinum certifications in Australia after hitting specific sales and consumption thresholds.

More like this
G Flip Shared How They Got Romantic With Chrishell Stause & Discussed Babies
By Brad Witter
Becca Tilley Confirmed Her & Hayley Kiyoko’s 4-Year Romance With A Heartfelt Note
By Brad Witter
The Richest 'Bling Empire' Cast Member Is...
By Hugh McIntyre
JoJo Siwa’s Sweet IG Post Seemingly Confirmed She’s Back With Her Ex
By Brad Witter
Get Even More From Bustle — Sign Up For The Newsletter