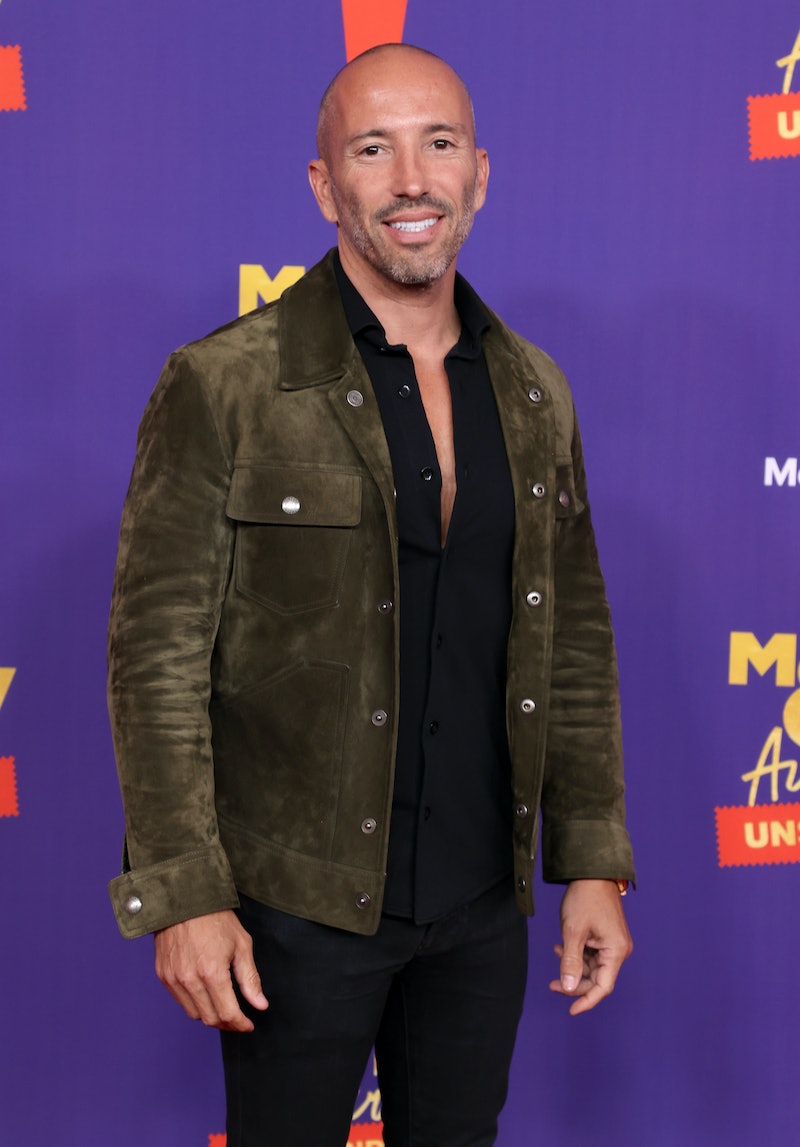 The Internet was in a tizzy after Selling Sunset co-stars Jason Oppenheim and Chrishell Stause made their relationship Instagram official in July 2021 before breaking up in December. The Oppenheim Group boss is notorious for being a bachelor — apart from his year-long relationship with co-star Mary Fitzgerald, he hasn’t been in a long-term relationship in years — and even previously stated he wouldn’t date an officemate. Meanwhile, fan-favorite Chrishell, who had her divorce from This Is Us actor Justin Hartley play out in Season 3, spent Season 4 navigating life as a single woman before dating Jason.

From July to December, they went on public outings and clued fans into their relationship online. In October, Chrishell told Bustle about their “unexpected” relationship, which started out as best friends. “He’s always been a very proud bachelor. That’s the opposite of what I’m looking for,” she said. “He always dated these young blonde models. We just were not each other’s types.”

In their breakup announcement in December, Jason alluded to differences in wanting a family. Calling Chrishell the “one of the best things” that ever happened to him in an Instagram post, Jason also wrote, “While Chrishell and I are no longer together, we remain best friends and we will always love and support one another. She was the most amazing girlfriend I’ve ever had, and it was the happiest and most fulfilling relationship of my life.”

Their relationship played out in Season 5, which premiered on April 22. Throughout the season, the two were very sweet, often seen kissing each other. They were even talking about having a baby, discussing doctor’s appointments since Chrishell previously froze her eggs and was ready for IVF. Ultimately, they parted ways since Chrishell was ready to have a baby and Jason wasn’t.

Who Is Jason Oppenheim Dating Now?

Jason is currently single. Jason and Chrishell remain “best friends,” but it doesn’t mean there are no longer feelings involved. While Chrishell has a rumored new man, Jason hasn’t been linked to anyone new and admits to still having a “rough” time post-split. On Feb. 3, two months after their split, their close friend and co-star Mary told Us Weekly that Jason was “heartbroken” over the reason they broke up and was still “madly in love” with Chrishell.

Jason echoed the same sentiments months later. In an interview with Us Weekly on April 21, he said, “I love her still. I always will. She’s a great woman so there’s just a lot of loss there.” He also shared how hard the moving-on process has been. “It’s far more difficult than I thought and it’s gonna take a lot longer than I thought,” he told the outlet.

“Chrishell has influenced me, shown me happiness, love and what it’s like to be with someone that you have so much respect for.”

Days later, Jason shared he was “apprehensive” about the Selling Sunset reunion special. Talking to Entertainment Tonight on April 24, he said that talking about the breakup is “still a little rough” and he was still “processing” the split. “That’s a difficult thing that I’m still working through.” Though watching the season will be “bittersweet” for him, he added, “I don’t regret being in love with Chrishell and having that relationship because that was very meaningful for me and I will never regret that.” When asked whether there was a chance for reconciliation, he firmly said he didn’t want to talk about it.

Throughout Season 5, other agents referred to Chrishell as Jason’s “game-changer,” having turned a proud bachelor into someone even considering having kids. Jason agreed with the label in his Us Weekly interview. Calling her a “game-changer” and “eye-opener,” he said, “She definitely showed me a lot of things about how a relationship should be.”

“Chrishell has influenced me, shown me happiness, love and what it’s like to be with someone that you have so much respect for. If there was really anything that was truly exceptional about our relationship, it was the calm, the communication and just the ease.”

Maybe this means Jason will be more open to commitment moving forward and have a new girlfriend come Season 6. For now, he’s single, and it seems he’s focusing on moving on.

More like this
'Selling Sunset's Christine Has Finally Addressed Her Oppenheim Group Exit
By Brad Witter
G Flip Shared How They Got Romantic With Chrishell Stause & Discussed Babies
By Brad Witter
Christine Quinn Says She & This Co-Star Got Paid The Most For 'Selling Sunset'
By Grace Wehniainen
When Was 'Bling Empire' Season 2 Filmed?
By Alyssa Lapid
Get Even More From Bustle — Sign Up For The Newsletter