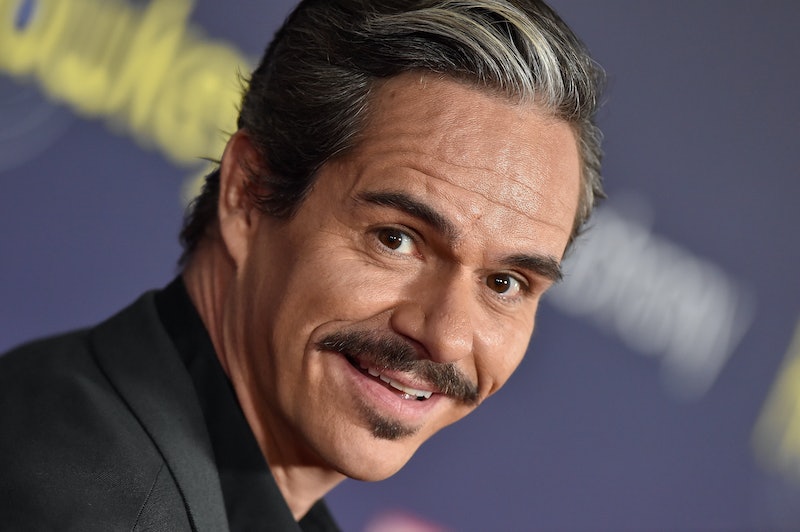 The latest Disney+ series in the MCU roster introduces fans to Clint Barton’s (Jeremy Renner) protégé Kate Bishop (Hailee Steinfeld), a young and spunky 22-year-old eager to take over his mantle as Hawkeye. Though Clint is technically retired from the Avengers when Hawkeye picks up, he teams with Kate after spotting her taking down bad guys in his infamous old Ronin outfit. Together, they have to confront several people from his past — likely including Jack Duquesne, the fiancé of Kate’s mom.

In the Marvel comics, Jack was a mentor to Clint. Per CBR, he was created by Don Heck and Stan Lee in 1965 and introduced as a Frenchman who grew up in the Southeast Asian nation of Siancong. Like Kate and Clint, he has no superhuman powers, but he is an Olympic-level athlete and skilled swordsman with remarkable reflexes and combat skills.

While in Siancong, Jack joined the natives’ rebellion against their European rulers. But after learning the rebels’ leader killed his father, he grew disillusioned and disappeared. Years later, he resurfaced and joined the Carson Carnival of Traveling Wonders, where he met Clint — then a young runaway — and taught him how to wield bladed weaponry. (Though Clint is known for his prowess with a bow and arrow, he notably spent the beginning of Endgame fighting with a sword).

Jack has a reputation for being cunning and putting his interests above everyone else’s. During his time in the carnival, he turned to gambling, and eventually robbed the carnival's paymaster in order to settle his gambling debts. When Clint attempted to turn him in, Jack nearly killed him, but Clint was rescued by Trick Shot, who’d taught him his archery skills. Jack fled and used his swordplay act to become the supervillain the Swordsman.

Years later, Jack tried to join the Avengers in order to take advantage of the benefits that come with being on the team. However, by that point Clint had become Hawkeye, and he fought against granting Jack admission due to their fraught history. Jack did eventually join the Avengers at a later date, but with duplicitous intentions. Over the years, he acted as both their ally and foe, even working with Clint on occasion.

Hawkeye will re-envision much of Clint and Jack’s relationship. Tony Dalton — who plays Jack — told E! that while he did read about his character’s backstory to prepare for the role, he wasn’t that concerned because the show and comics are telling "two completely different stories."

"There's similarities but, for example, in the comic book, [Jack] is the mentor of Clint Barton," Dalton explained. "That's not the case in this — it's a different angle on the character, which is great because then it gives you the freedom to not have to adhere to the rules of the comic book. You can kind of go on and venture off."

He declined to reveal if Jack will still be a villain, saying that he likes that he "can play with" the fact that the audience is unaware of his character’s motives and you “don't know where he's coming from."

More like this
New Details About Jeremy Renner's Snowplow Accident Reveal The Actor's Intentions
By Sam Ramsden
The 'Freeridge' Cast Shared Their Hopes For A Potential Season 2
By Grace Wehniainen
You Might Want To Rewatch This Key 'On My Block' Scene To Understand 'Freeridge'
By Grace Wehniainen
A 'Terminal List' Sequel & Spinoff Are Reportedly In The Works
By Kadin Burnett and Grace Wehniainen
Get Even More From Bustle — Sign Up For The Newsletter
From hair trends to relationship advice, our daily newsletter has everything you need to sound like a person who’s on TikTok, even if you aren’t.