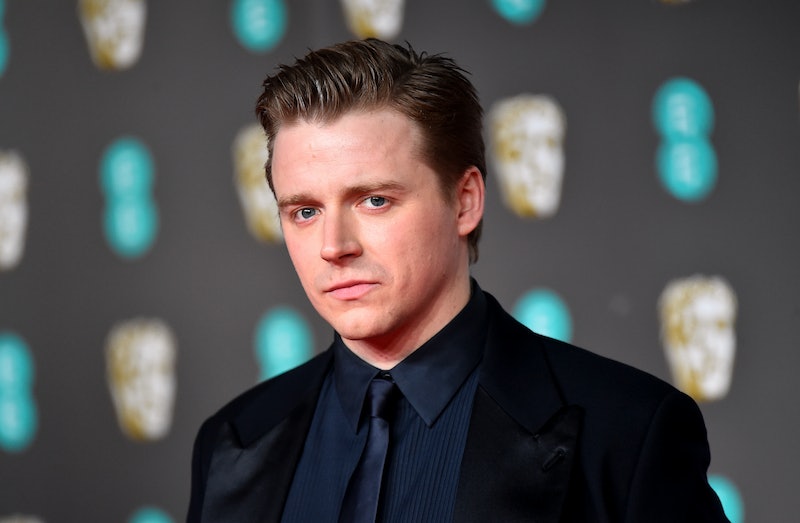 Lowden grew up in the UK, living in the Scottish Borders. After school he applied to study in the Royal Scottish Academy of Music and Drama, from which he graduated in 2011. (He's also rumoured to be dating Mary Queen of Scots co-star Saorise Ronan – but that's an aside.)

Lowden has been on the rise for quite a while, proving himself to already to be a bit of a star of stage and screen from fairly early on in his career. He caught attention after starring in BBC’s gripping drama The Long Song in 2018, based on the novel by Andrea Levy of the same name. Set in 19th century Jamaica amid the abolition of slavery, Lowden was celebrated for his depiction of Robert Goodwin in the film, a character who oversees the plantation.

Period dramas are absolutely nothing new for this particular star, as he has graced our screens in quite a few productions already. He has appeared on War And Peace, Dunkirk, Mary Queen Of Scots, and even as bloomin' Morrissey in England Is Mine. Not too shabby at all. And what can be expected of his latest starring role?

Mangrove tells the true story of the Mangrove 9, a group of Black activists who were arrested for protesting against institutional racism in the police 50 years ago. 29-year-old Lowden plays “radical barrister” Ian Macdonald who advised the Mangrove 9 when they stood trial. Macdonald represented activist Barbara Reese (played by Rochenda Sandall) in the landmark proceeding, which lasted 55 days. The landmark case saw five acquitted of all charges and four were given suspended sentences for lesser charges.

Speaking to The Scotsman about the role, Lowden said Steve McQueen was his favourite director and the best he’s worked with. “Because he’s got an incredible instinct for anything false. He also knows how to push actors but not humiliate them,” said the actor.

While he’s certainly received some serious kudos in front of the camera, Lowden has dipped his toe into a director’s role and started a “very, very small production company” called Reiver Pictures. “I enjoy acting, but I’m very restless,” he said to The Scotsman. "I’m not very good at standing 'aboot daein’ nothin’ and as an actor, sometimes you’re used for about four minutes a day, drives me mental. I’ve always been jealous of the people that are running around busy.”

Mangrove premiers on BBC One and BBC iPlayer on Sunday, Nov. 15.

More like this
Everything To Know About The 'Daisy Jones & The Six' TV Series
By Maxine Harrison and Brad Witter
The Song At The End Of 'The Last Of Us' Ep 1 Has A Deeper Meaning
By Sophie McEvoy
Adam Ali Hopes 'Waterloo Road' Will “Subvert” Queer Misconceptions
By Sam Ramsden
'Brookside' Is Coming Back & Soap Opera Fans Are Going Wild
By Sam Ramsden
Get The Very Best Of Bustle/UK
Sign up for Bustle UK's twice-weekly newsletter, featuring the latest must-watch TV, moving personal stories, and expert advice on the hottest viral buys.

This article was originally published on Dec. 18, 2018