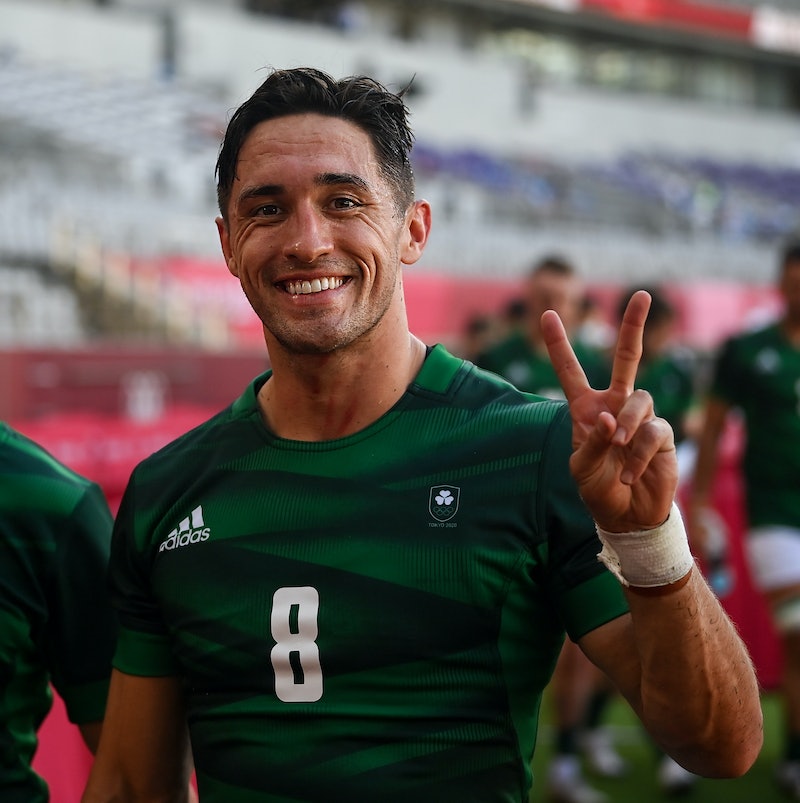 Love Island winner Greg O’Shea has been pretty busy since he left the villa in 2019. As well as studying to become a lawyer, he headed to Japan to play for the Irish Rugby sevens team in the delayed 2020 Olympics. Unfortunately the team failed to progress past the group stage and on Sept. 27, 2021 O’Shea announced his retirement from the sport. In an Instagram post explaining the decision, he wrote: "It just feels like the right time for me to close that chapter of my life, especially after reaching my goal of becoming an Olympian and with everything else I want to do outside of rugby.”

Per the BBC, the Love Island winner now wants to focus on presenting and social media opportunities. So that’s what’s going on in O’Shea’s professional life, but what about his personal life? Does Greg O’Shea have a girlfriend?

As you’re probably aware, O’Shea was one half of the winning 2019 Love Island couple, splitting the £50,000 prize with Amber Gill. The pair sadly went their separate ways just five weeks after the season five finale, however.

While many Love Island stars have gone on to own their own businesses and collaborate with big brands, 24-year-old O’Shea was the first islander to make it to the Olympics, which was a long-standing goal of his. Even after he won season five of Love Island, the aim was still in his sights, and after he and Amber broke up, he told the Daily Mail, “I said to her, ‘realistically, I don't know how this is going to work, you're in England and everyone wants a bit of you, you have your clothing deals and I'm going back to Ireland and going to try and do the Olympics.’”

But has O’Shea been linked with anyone since his split from Gill? Although the ex-islander has never publicly confirmed he has a girlfriend, internet super sleuths believe he may be dating influencer Kate Hutchins. The pair were first linked in the summer of 2020 — according to The Mirror, fans spotted the same three footprints in the sand in the background of pictures that O’Shea and Hutchins separately posted to each of their Instagram grids from a trip to Dubai. Neither party commented at the time.

The same thing happened in the summer of 2021 after O’Shea jetted off to Mykonos and eagle-eyed fans spotted that he and Hutchins were once again sharing very similar posts. While he didn’t confirm the identity of his companion, he did tell the Irish Mirror that he wasn’t alone on the trip. “There was a travel buddy [in Mykonos] that I'm figuring things out with at the moment.”

O’Shea also detailed his reasons for preferring to keep his dating life private, at least for now. “Basically, the pandemic was really tough on my personal love life, the same as other people,” he said, adding: “So I'm basically trying to figure out where I'm going with that before letting a million know what’s going on. Because I don’t even know what I’m going to do yet, so it needs to [be] the right thing before I let everyone know.”

It’s not the only time O’Shea’s Instagram has led to rumours about his relationship status. In late 2019, Her.ie reported that O’Shea was dating law graduate, Emma Canning, after followers noticed they were posting pictures of the same places on Instagram during a trip to Paris.

Only time will tell whether he’ll go Instagram official with that “travel buddy” anytime soon.

This article was originally published on July 24, 2021