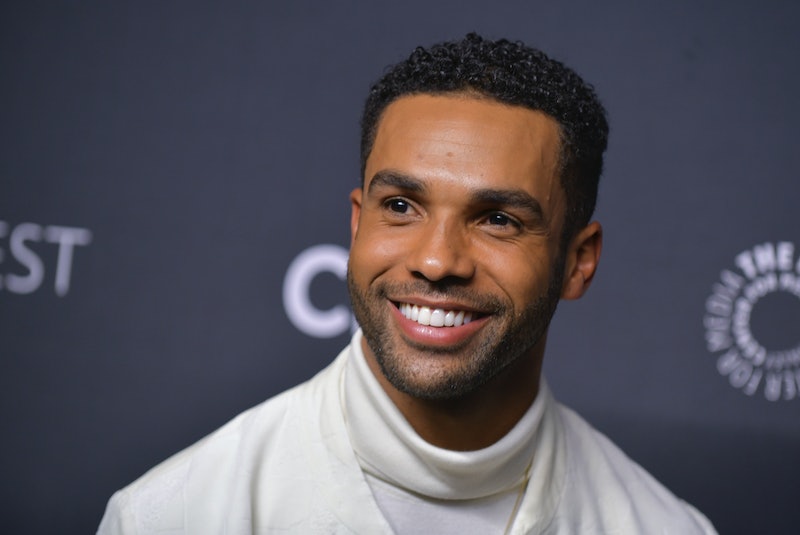 Netflix’s Emily in Paris is set to return for its third season on Dec. 21 and British heartthrob Lucien Laviscount will return as Alfie, the swoon-worthy banker that Emily met in French class and goes on to date in the show’s second season. Before landing a recurring role on Emily in Paris, viewers will recognize Laviscount from the likes of Katy Keene, Scream Queens, and Bloodlines as well as Grange Hill, Waterloo Road, and Coronation Street. Throughout his television career, Laviscount has experienced many fictional relationships, with Emily in Paris being his latest. But what about Laviscount’s actual love life?

While Laviscount hasn’t opened up about who he’s dating on his Instagram, he’s been linked to quite a few celebrities throughout his career. According to Capital FM, the actor dated Big Brother winner Sophie Reade in 2010, before dating Waterloo Road co-star Chelsea Healey a year later.

Shortly after Little Mix won The X Factor in 2012, Laviscount was spotted on a dinner date with Leigh-Anne Pinnock, according to Cosmo, and a year later the actor was rumored to be dating Brooke Vincent. In 2015, he and Scream Queens co-star Keke Palmer were spotted on multiple dates in Los Angeles, and in 2019, Laviscount was seen leaving a restaurant holding hands with Kelly Osbourne, per the Daily Mail.

In November 2021, Laviscount was linked to former Little Mix member Jesy Nelson. As photos published by the Daily Mail showed, the pair were spotted getting rather cozy on a rickshaw in London. According to the newspaper, the actor and singer were on a night out with different friend groups before merging to visit Mayfair’s Tabu nightclub. A source later alleged to The Sun that Nelson is single, that “they weren’t kissing” as the photos suggested, and that she’s “mortified” about the situation. “They’re not boyfriend and girlfriend – they just ran into each other on a night out,” the source added.

More recently, Laviscount has been linked to three other stars. In December 2021, the actor attended the British Fashion Awards at the Royal Albert Hall and was seen walking arm in arm with Batwoman’s Wallis Day, as well as singer-songwriter Arlissa, per the Mirror. He was also pictured holding hands with Game of Thrones star Hannah John-Kamen at the same event.

While he’s not dating Drew Barrymore, he did reveal that she was his childhood crush during an appearance on her eponymous talk show. “I'm living the dream right now,” he said flirtatiously after they bantered about Barrymore’s love for Darth Vader, which in turn made the Hollywood starlet blush. Apparently, a lot of Alfie’s charm comes from Laviscount himself!

More like this
Twitter Is Burning As Phoebe Dynevor Reveals Daphne’s 'Bridgerton' Exit
By Sophie McEvoy
Turns Out George Clooney Is A Huge Fan Of This Classic British Game Show
By El Hunt
Everything To Know About The 'Daisy Jones & The Six' TV Series
By Maxine Harrison and Brad Witter
'Happy Valley' Recreated This Moment From S1 In Its Penultimate Episode
By Sophie McEvoy
Get Even More From Bustle — Sign Up For The Newsletter
From hair trends to relationship advice, our daily newsletter has everything you need to sound like a person who’s on TikTok, even if you aren’t.