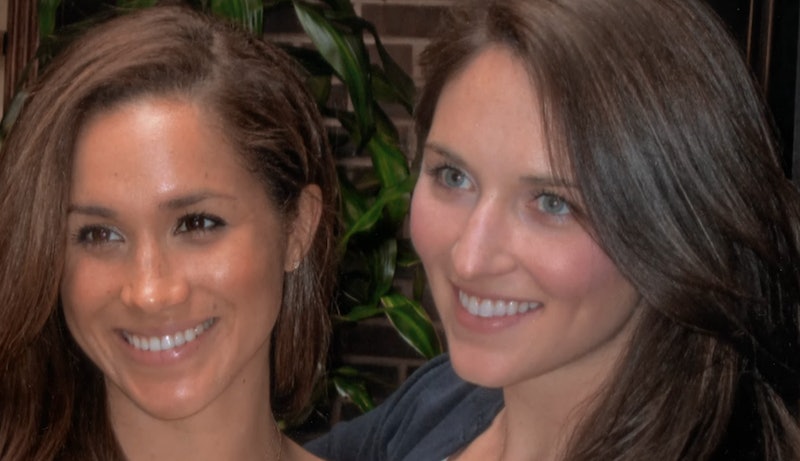 In Prince Harry and Meghan Markle’s new Netflix documentary, Harry & Meghan, the couple invite several members from their circle to discuss their relationship — including several we rarely hear from, like Meghan’s mom, Doria Ragland, and her niece, Ashleigh Hale.

Wait, what? If you didn’t know Meghan had a niece, let alone one she’s pretty close with, you’re not alone. During Episode 3 of the documentary, which dropped on Dec. 8, Meghan explains that she wanted Ashleigh to avoid all the negative media attention. “I didn’t want her life to be plagued by all that drama,” she says.

Meghan and Ashleigh are related through Meghan’s half-sister, Samantha Markle, who has been vocally critical of Meghan in the press. Samantha is Ashleigh’s biological mom, but as Ashleigh explains in the documentary, she was raised by her grandparents from the age of 2 and was eventually adopted by them.

Samantha and her biological daughter got back in touch in 2007, after which Meghan expressed a desire to reach out to her niece, too. “We just hit it off,” she says. They would call, text, and email each other regularly and even ended up traveling together — including a trip to New Orleans while Meghan was on Suits.

“I think she takes on a lot of roles for me,” Ashleigh says. “There’s like a sister element, there’s something maternal, she’s a best friend, she’s kind of all the things.”

Meghan feels the same way, saying, “I think we both craved the same thing. I wanted a sister, and she was like a little sister.”

They talk about each other positively in the present tense, so it seems like Meghan and Ashleigh are still close — however, that wasn’t necessarily the case leading up to Meghan and Harry’s 2018 wedding. During the documentary, Ashleigh said it started to feel like Meghan’s “relationships were being managed on some level.”

Ashleigh stopped talking to her biological mom in the wake of Samantha’s comments about Meghan, explaining that “some people you just can’t reason with.” But Meghan’s advisers still said Ashleigh shouldn’t go to the wedding, worrying about how it would look if she got an invite and Samantha didn’t. Meghan says it was “painful” to let Ashleigh know, but her niece was understanding if hurt.

As Ashleigh explains in the doc, “To know that it was because of my biological mother, that this relationship that’s so important to me was impacted in that way, to feel like because of her it was taken away, has been hard.”