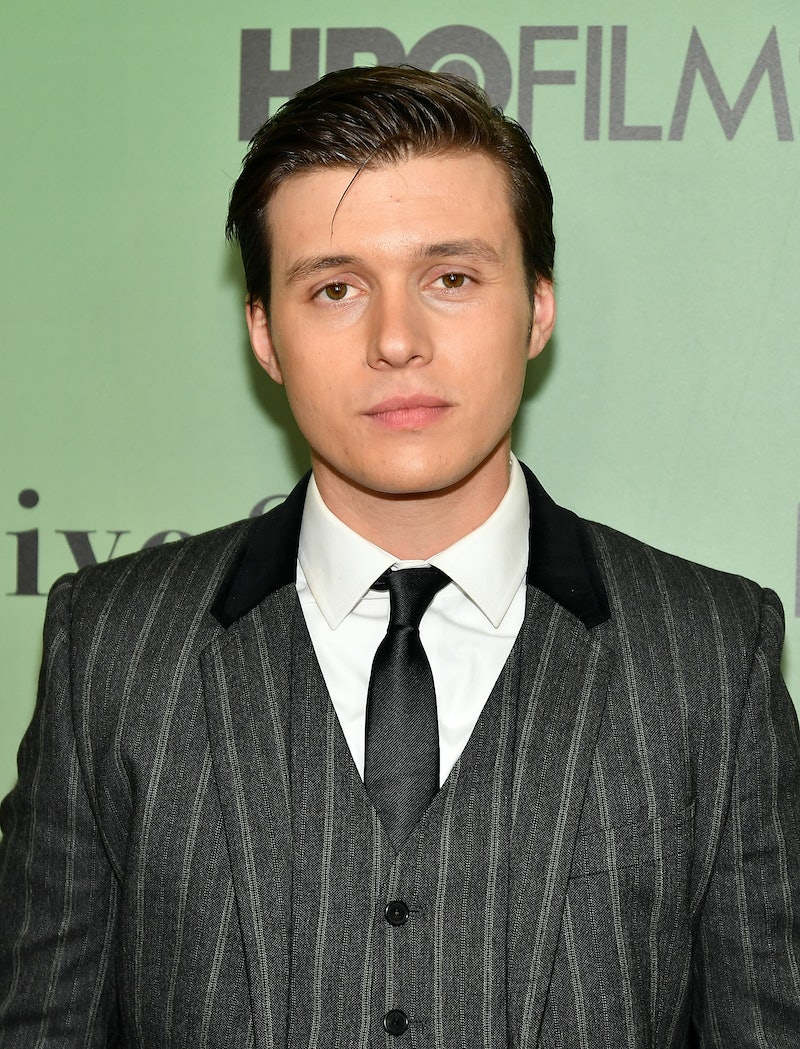 Nick Robinson doesn’t always play the hero. Though his ascent to stardom was propelled by his turn as the romantic leads in the popular young adult novel adaptations Everything, Everything and Love, Simon, he plays an abusive partner in Netflix’s new miniseries Maid, also starring Margaret Qualley. It’s quite a departure for someone who plays the lovestruck teen so convincingly — and whose real-life romance seems so idyllic.

The former child star has kept his personal life largely private, keeping the focus on his impressive career instead. He got his start on TV on Melissa & Joey and went on to star in the big-budget film Jurassic World and the highly-successful Aaron Sorkin adaption of To Kill a Mockingbird on Broadway. Yet, he hasn’t hidden everything related to love. He was previously linked to his former co-stars Chloe Grace Moretz (5th Wave) and Taylor Spreitler (Melissa & Joey), and he is now in another relationship. Here’s everything we know about Robinson’s girlfriend, Samantha Urbani.

The actor’s romance is Instagram official thanks to Urbani, but just before she outed them, he dropped a few hints, mentioning an unnamed “girlfriend” in an InStyle interview from Nov. 9, 2020. When asked what his favorite joke was, he began his answer with, “My girlfriend told me this actually...” In another interview released on the same day, this time with Variety, he opened up about catching COVID-19 alongside his special lady. “My girlfriend and I both actually caught COVID in New York in March,” he said. “Luckily it was very mild. We had some fevers and we lost our senses of taste and smell.”

A day later, it was said mystery girlfriend, Urbani, who made their relationship Instagram official. “First time I’ve seen my bf in 3 months,” she wrote on Nov. 10, 2020, captioning a selfie with Robinson’s A Teacher billboard and other snaps from his set. “V GOOD JOB, V PROUD, GO TEAM.” Unfortunately, her post didn’t shed much light on their relationship timeline.

Robinson may not be active on social media, but Urbani hasn’t shied away from digital displays of affection since then. “It’s a god damn Christmas miracle,” she wrote on a Dec. 15 post with Robinson pictured carrying a Christmas tree. Then, in March, she posted a compilation of Robinson’s photos and captioned it, “Happy birth 2 literal king of angel humans. U r so loved Neke dog.”

Urbani is a household name in Brooklyn’s indie music scene and her now-disbanded band Friends made its rounds in the earlier part of the last decade. She’s performed at festivals and on late-night shows; she also models, hosts events, DJs, and, after venturing into a solo career, released singles “1 2 3 4” and “Go Deeper.” She even serves as an adjunct professor at New York University’s Tisch. A quick scroll through her Instagram reveals a mix of personal photos, including snaps with Lil Nas X and Zoë Kravitz, interspersed with social calls to action, including voting registration reminders, anti-racism guides, and posts in support of trans folks.

Just last Sept. 16, Urbani posted a New York City photo dump prominently featuring Robinson, plus snaps with 13 Reasons Why star Tommy Dorfman and YouTuber Devon Lee Carlson, among others. It seems like the two are still going strong, even as Robinson brings a much darker energy to Maid.

More like this
Selena Gomez Confirms She's Single Amid Drew Taggart Dating Rumors
By Martha Sorren, Jake Viswanath and Jack Irvin
Who Is Pete Davidson Dating? He & Chase Sui Wonders Got Caught Kissing
By Jake Viswanath
Who Is Murray Bartlett Dating? 'The Last Of Us' Star Is Extremely Private
By Alyssa Lapid
John Corbett's Wife Bo Derek Once Revealed If She's Team Aidan Or Team Big
By Alyssa Lapid
Get Even More From Bustle — Sign Up For The Newsletter
From hair trends to relationship advice, our daily newsletter has everything you need to sound like a person who’s on TikTok, even if you aren’t.