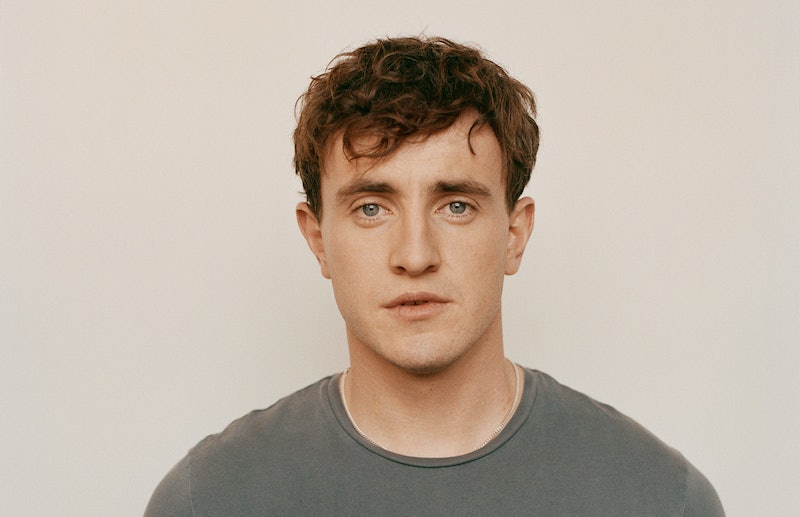 Adapted from Sally Rooney's critically acclaimed 2018 novel of the same name, BBC One's hit 2020 show Normal People thrust its stars Paul Mescal and Daisy Edgar-Jones into the spotlight overnight as the leads, Connell and Marianne. Nearly a year on, fans are still fascinated by the pair’s on-screen steaminess, and Connell’s ability to single-handedly awaken the thirst of the nation with a simple gold chain. But who is Paul Mescal dating?

Well, at first it wasn’t clear who the Normal People star was dating, if anyone at all. However, an Instagram post shared in June last year led some to believe Mescal might've been dating fellow actor Lola Petticrew. However, this appeared to be mere speculation. In fact, most of Mescal’s tabloid inches in the summer of 2020 were speculation. It seems everyone wanted to know who the heartthrob plucked from relative obscurity was now dating. He was linked to anyone and everyone, including his “best friend” and London flat mate, India Mullen (who played Peggy in the Sally Rooney adaptation), but none were ever confirmed.

However, later in 2020, Mescal admitted he was seeing someone (please don’t shoot the messenger). In an interview, the 25-year-old actor revealed his girlfriend had been a “lifesaver” throughout his experience of being thrust into the limelight following the show’s overnight success. Although he’d rather keep her name out of the press, he told GQ: “To have someone to lean on through such a mad, mad time has been invaluable. Really, I don’t know where I’d be without her.” Awww!

But who is Mescal’s “lifesaver” girlfriend? Well, the rumour mill is currently churning out a number of clues that Mescal's mystery girlfriend is Phoebe Bridgers, the 26-year-old Californian singer-songwriter. Whilst I’m not one to believe tabloid rumours first hand, let me tell you there are a lot of clues.

Speculation that the two stars were A Thing started swirling last July, when the Los Angeles-based musician met with Mescal to have brunch at a café in Kinsale, Ireland. Although sadly there is no photographic evidence of the encounter, The Lemon Leaf Café confirmed the pair’s meal out on their Instagram account, revealing: “Breakfast for Champions big thank you to @_fake_nudes_ @paul.mescal for choosing us for breakfast. Enjoy Kinsale #staycation2020 #breakfastofchampions #greatfood #celebs #punisher #normalpeople.”

The same month, the flirty pair filmed an Instagram Live together for Wonderland magazine that had fans commenting that it “felt like a first date”. Bridgers has referred to the Irish actor as her “internet crush” in interviews, and revealed in an interview with NME that she felt “a little pitter-patter in my heart” when “the cute boy” – Mescal – followed her on Instagram.

Mescal has since appeared in a music video for Bridger’s song "Savior Complex'" directed by Fleabag creator Phoebe Waller-Bridge, and the pair were seen taking part in another flirty exchange via social media for the Irishman’s 25th birthday in February. Bridger posted a picture of Mescal with pizza boxes stacked up in his arms to her Instagram stories with the comment “Happy birthday pizza boy @paulmescal.” Mescal re-posted the photo of himself with a simple “Mmmmmm” comment and a red love heart emoji. You can’t deny the chemistry.