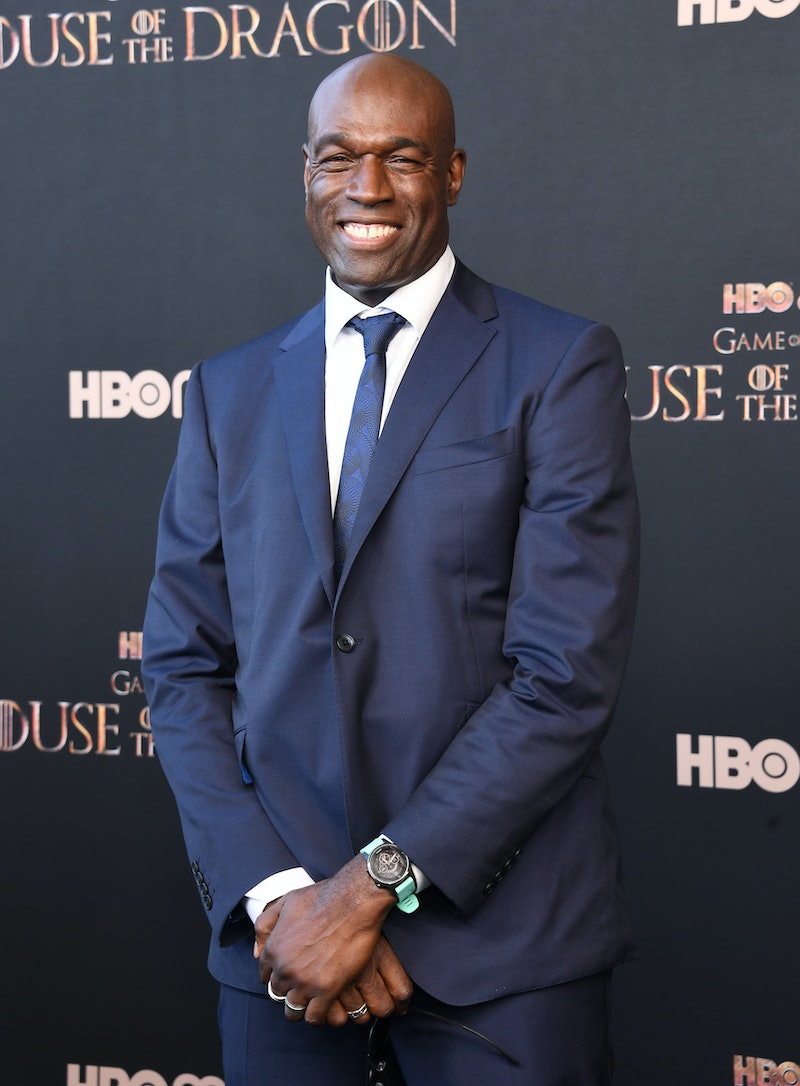 Starring as Westeros nobleman Corlys Velaryon in the Game Of Thrones spin-off House Of The Dragon, Steve Toussaint has devised a pretty cute gag with some of his previous co-stars. Though the actor hasn’t publicly addressed his relationship status (and keeps his personal life firmly off the Instagram) several fellow actors have joined in with a running joke where Toussaint shares pictures of “the wife” with ironic but hilarious captions.

“Things ain't great with ‘the wife’ at the moment, but we were happy once,” he joked back in 2018, sharing a selfie alongside his Pine Gap co-star Simone Kessell. The actors played on-screen husband and wife duo Ethan and Belle in the Australian spy thriller. By last month, meanwhile, Toussaint appeared to have “re-married”, posing for a photo with Eve Best — who plays Corlys Velaryon’s wife Rhaenys Targaryen. “At the #HOTD World Premiere with the ‘wife’” he wrote. “Think it went well”.

Born in Birmingham, Toussaint grew up in South East London, and didn’t know anybody else who loved drama as a kid. But in spite of his love of acting, he started out working in a bank, and only pursued this career after completing his degree in politics from University of Sussex. His first professional acting role? A pantomime, he told Flicks And The City.

Elaborating in an interview with Afridiziak, Toussaint explained that it was seeing New Cross local Gary Oldman on screen that inspired him as a young aspiring actor: “I thought ‘Oh wow, someone from where we’re from can do something like that.’”

Toussaint also remembers early conversations with his dad about Black actors often being cast in roles that perpetuate damaging, racist stereotypes: “I remember being about eight or nine and we were watching a film with Sidney Poitier. My dad said ‘The thing about that actor there, he has never taken a role where the Black man is denigrated.’ That’s always stuck with me. I would never do a role that I didn’t approve of,” he said.

And reiterating his father’s words years later in a personal article for Huffington Post, Toussaint wrote: “For a long time, the roles for Black actors consisted of muggers and pimps and other such negative stereotypes that fed into the prevailing image of us in the media at that time… Growing up on an estate in South East London, I was acutely aware of how we as 'Black Youth' were seen by those outside and certainly didn't want portray anything that I considered demeaning.”