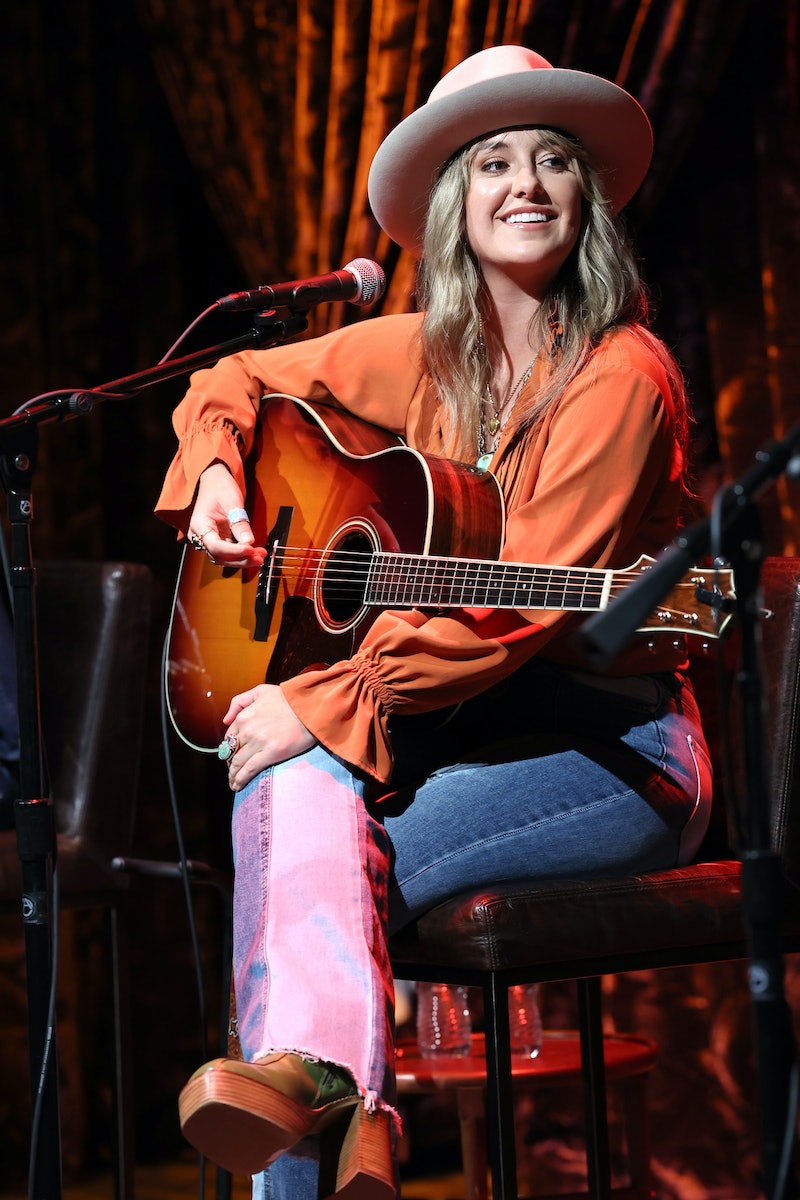 The long-awaited return of the Duttons has happened on Yellowstone Season 5 — with a few new faces, too. One of them is Abby, the country singer who strikes up a connection with Ryan during the first half of the season. Of course, we’ll have to wait until January for new episodes after the Paramount drama’s brief winter break. But until then, it’s worth finding out more about the actor who plays Abby on Yellowstone.

That would be Lainey Wilson, and Yellowstone is actually her acting debut. However, her ties to the show go back to before Season 5. Wilson is a country musician whose music was used on the show’s soundtrack several times before creator Taylor Sheridan approached her about appearing onscreen. “[Sheridan] is good to the people he believes in,” Wilson said in an Associated Press interview. “And, he’s been good to me from the very beginning. And the music supervisor, Andrea [von Foerster]. They just believed in me. So he called me in February, and said, ‘I want to create a role specifically for you. I want you to just wear what you wear, and sing your songs, and pretty much be yourself.’ And without even thinking, I said yes.”

Though Wilson said taking the role was “scary,” she acknowledged there were certain aspects of acting she was already prepared for as a musician. “I guess, a part of what I do every single night anyways, is a little bit of acting,” she said. “I mean, even when I was dealing with the stuff with my daddy, there were moments when I did not want to get on that stage and act like I was having a good time. But I had to do it.” Wilson’s father, Brian, recently went through a lengthy hospital stay, she told Taste of Country.

It’s been a pretty busy year for the musician. Days before she made her debut as Abby this November, Wilson won Female Vocalist of the Year and New Artist of the Year at the 2022 CMA Awards. She also dropped her critically acclaimed album, Bell Bottom Country, which Rolling Stone recently named one of the best albums of the year.

Getting to this level of success started with baby steps, of course — including working as a Hannah Montana impersonator in high school, Wilson told Taste of Country. “I was doing three or four parties a weekend ... I need to thank Hannah Montana,” she said.

Wilson used the gigs to get her name out there as a musician in her own right. “I would ask them — I’d be like, ‘Hey, can Lainey Wilson open up the show?’ And they’d be like, ‘Who’s Lainey?’ And I’d be like, ‘The person you hired,’” Wilson recalled. “Some of them were like, ‘No, we just want Hannah,’ but if I could be up there before ... I’d run backstage, change, kind of like she did on the show.”

Between her new acting job and musical acclaim, of course, it’s clear Wilson has stepped out of Hannah’s shadow.

More like this
Hilary Duff's Husband Matthew Koma Has Her Name Tattooed On His Butt
By Jake Viswanath and Stephanie Downs
Linda Ronstadt’s “Long Long Time” Plays A Pivotal Role In The Last Of Us
By Brad Witter
Beyoncé Just Announced Tour Dates: Here's How To Cuff Tickets To Her 2023 Shows
By Jake Viswanath
Cardi B, Olivia Rodrigo & More Will Present At The 2023 Grammys
By Jake Viswanath
Get Even More From Bustle — Sign Up For The Newsletter
From hair trends to relationship advice, our daily newsletter has everything you need to sound like a person who’s on TikTok, even if you aren’t.