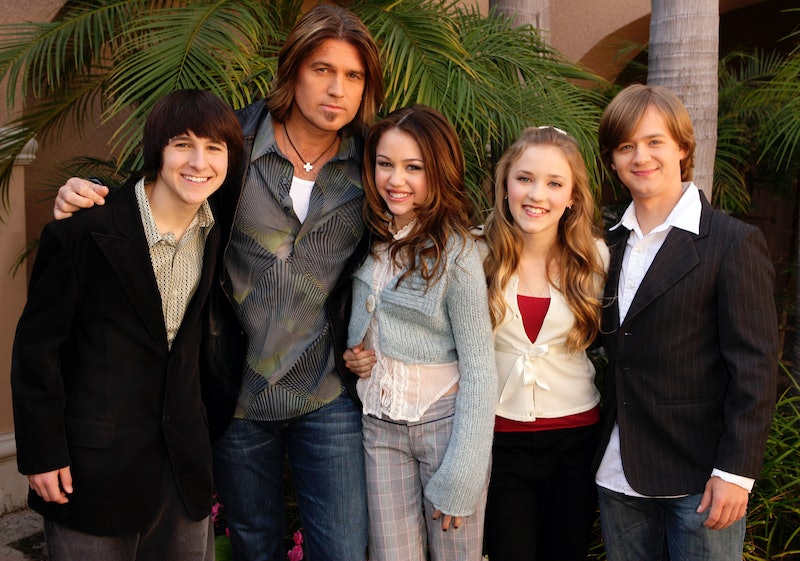 It’s hard to imagine a world where Miley Cyrus didn’t star on Hannah Montana. Where would we be without her iconic performance as the teen with the “Best of Both Worlds” — and all those delightfully dramatic “Oooh whoa yeah” transitions between scenes? And what about the IRL musical career that followed — from “Wrecking Ball” to Cyrus’ latest Plastic Hearts rock moment?

Even Cyrus herself considers Hannah to be an important part of her story. “Although you are considered to be an ‘alter ego’ in reality there was a time in my life when you held more of my identity in your glove than I did in my bare hands ... You were like a rocket that flew me to the moon + never broght me back down,” Cyrus wrote — on a piece of Hannah Montana stationery, of course — to celebrated the show’s 15th anniversary last year.

But as it turns out, Hannah Montana could have been played by someone else entirely, Billboard reports. Lisa London — who, along with Catherine Stroud, is credited for casting the Hannah Montana pilot — recently took to TikTok to share the reported runners-up for the role.

In a stitched video, London clarified another user’s claim that the Spanish musician Belinda — who would ultimately go on to star in Cheetah Girls 2 — was one of the top three actors considered for Hannah. Belinda, she said, was actually not that close to being cast. But London shared an apparent casting schedule from 2005 that showed who, in fact, was in the final running: Taylor Momsen and Daniella Monet. (Bustle reached out to London/Stroud Casting for comment, but did not hear back by the time of publication.)

“These were the final three actresses that auditioned at the network test out of over 1,200 girls,” London says in the video.

But wait, you may be wondering, was the role not written for Cyrus? She has the actual name of the character she portrays, right? As London clarified, the main character’s name was originally going to be Chloe Stewart, but was changed to Miley later on.

Though Momsen and Monet missed out on this particular role, they both went on to play pretty iconic teenagers themselves. Momsen, of course, starred as Jenny Humphrey on Gossip Girl before pivoting to her own rock music career. And who could forget Monet’s iconic turn as Trina Vega on Victorious? Sure, her character might not have been quite as musically gifted as Miley Stewart — but her one-woman performance of “Chicago” was still amazing in its own right.