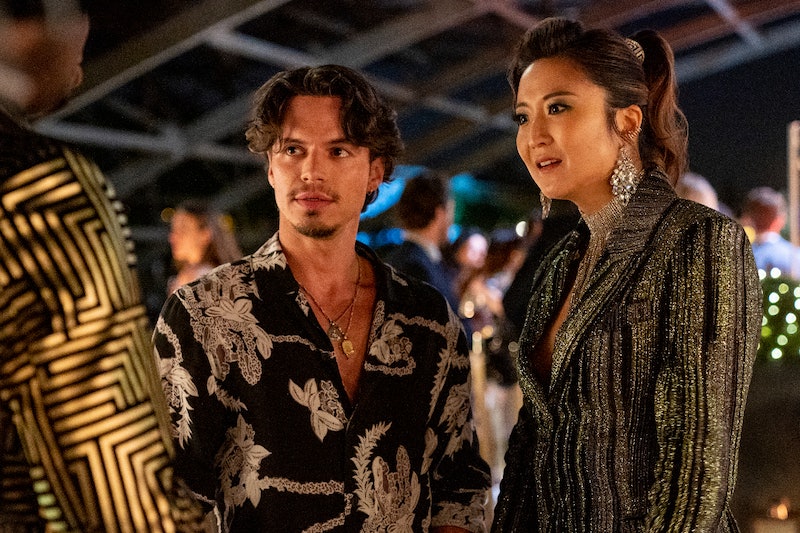 Whether you loved (or hate-watched) the first season, it’s already time for Season 2 of the popular Netflix series Emily in Paris. In addition to providing even more opportunities for Emily Cooper (Lily Collins) to embarrass herself in front of her colleagues, the sophomore season introduces several new characters. One of the Season 2 newcomers is a handsome musician named Benoit, played by French actor Kevin Dias. The character is a guitarist who recruits Emily’s friend Mindy (Ashley Parker) to join his band — for those of you who may have forgotten, over the course of Season 1, Emily’s expat friend Mindy, now a former nanny, is also a singer trying to make it big.

Dias, 30, says he’s been “acting since always” — and his resume backs that up. In addition to his role on Emily in Paris, he has been starring in the French television series Sam since 2016. Earlier in his acting career, Dias went by the name Kevin Fernandes, and under that moniker, he had small roles in the French series Clem and Un été de canicule as well as acted in TV movies. Notably, he also portrayed the young version of Dominique in the 2001 award-winning French film Amélie. Dias later was a contestant on a 2011 French reality show similar to Big Brother called Carré ViiiP, but the series was canceled just two weeks in due to low ratings.

Outside of his acting work, Dias is the father to an adorable 2-year-old son named Milo, whom he lovingly referred to as “ma petite terreur” (which translates to “my little terror”) in a recent Instagram post. In fact, Dias released a short film in early December that’s based on his life and stars him and Milo. He called it Le Rôle de Ma Vie (The Role of a Lifetime). Milo’s name is even tattooed on his chest.

In addition to his onscreen performances, Dias also appears to be a visual artist. According to his Instagram page, he sells his artwork — which he describes as “classic oil paintings on canvas and adding glass neon on the artworks to break with the traditional codes of Renaissance” — under the name The Milaniz. He has an Instagram page for his work (@themilaniz) with several thousand followers!

Based on his personal Instagram page (@kev.dias), Dias also appears to have grown pretty close to his Emily in Paris cast members during their time filming Season 2. He’s shared a number of behind-the-scene photos and videos from the cast’s off-time together — including what appears to be a group trip to Marseille. Park even visited him in Portugal at one point! Yes, we’re also jealous.

It remains to be seen what role, if any, Dias will have beyond the current season, but given the opportunity, it looks like he just might be open to more. For now, Emily in Paris Season 2 is streaming on Netflix.

More like this
TikTok Pointed Out A Major 'Emily In Paris' Continuity Error
By Sophie McEvoy
'The Crown' Season 6 Has Suspended Filming "Out Of Respect" For The Queen's Death
By Bustle Staff
Here’s Everything Coming To & Leaving Netflix In February
By Jake Viswanath
At 28, Debra Jo Rupp Was Living A Much Different '70s Show
By Grace Wehniainen
Get Even More From Bustle — Sign Up For The Newsletter