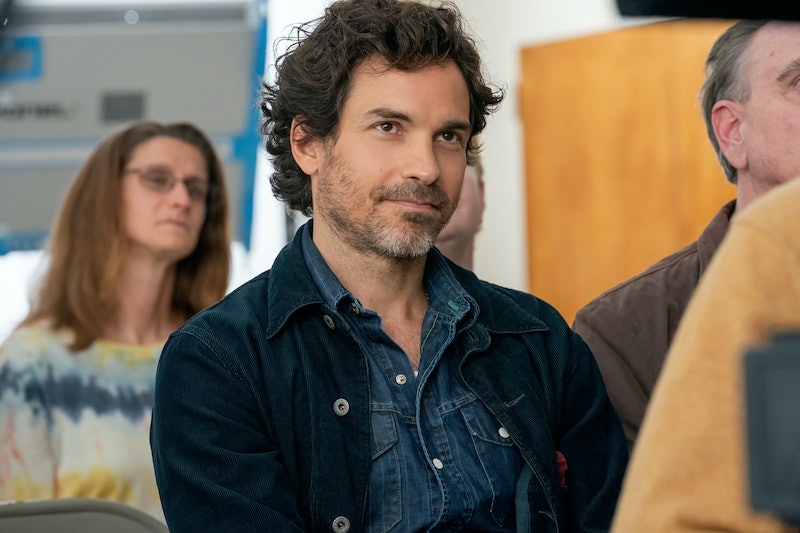 At the outset of HBO Max’s The Flight Attendant Season 2, Cassie has relocated to Los Angeles and already found a charming new boyfriend in sensitive artist Marco (Santiago Cabrera). As her life devolves into chaos, however, Marco gets lost in the noise, and even Cassie (Kaley Cuoco) essentially admits to forgetting about him while keeping up with her secret side gig as a civilian CIA asset. As such, viewers don’t learn a whole lot about the character, but the actor who plays Marco nonetheless posted on Instagram that he had “so much fun with the brilliant” Cuoco, who called him a “dreamboat in all the ways!”

Meanwhile, the bromance between Marco and Max (Deniz Akdeniz) was similarly strong off screen. “He’s just genuinely really cool, and if I could be half of how cool he is, I’d be very happy,” Akdeniz recently joked to CBR of his Chilean co-star. “Reading those scripts initially, I was like, ‘Oh, this is gonna be some fun.’ When Santiago was there, a.) it made it a lot easier, and b.) the girls had a lot of fun at my expense for said bromance. I think it was just a little delightful nugget of insight into how Max sees the outside world. And he’s such a great actor. The things that he does with Kaley’s storyline is phenomenal.”

Unlike Marco, Cabrera’s backstory is much less mysterious. Just one month before his recurring guest star debut in The Flight Attendant, Cabrera, who once dreamed of being a pro soccer star, reprised his role as Cristóbal Rios opposite Patrick Stewart in Paramount+’s Star Trek: Picard. Viewers might also recognize the 43-year-old actor from his previous work as Isaac Mendez in Heroes, Darius Tanz in Salvation, Joseph Bachman in Big Little Lies, or Hugh in Godmothered on Disney+.

Although he considers Santiago, Chile, his hometown, Cabrera has also lived in London, Prague, and Berlin. He currently resides in Los Angeles with his wife, theater director Anna Marcea, and their son Kilian, and has championed diversity in mainstream media ever since moving stateside. “When I first arrived as a Latin American here, I very quickly realized that I was seen as a race, not as a culture, being Latino,” Cabrera explained to CinemaBlend in 2020. “I do think when you are a minority in this country and in this industry, it’s hard enough for everyone you know being an actor and being able to work. It’s like you’re carrying some extra luggage and just that extra hurdle that you have to fight for the time. ... My battle’s always been to be seen.”

Cabrera’s most recent turn as Marco on The Flight Attendant, however, is just the latest instance of him continuing to blaze that trail.

More like this
Justin Timberlake’s ‘Candy’ Character Really Investigated Betty Gore’s Killing
By Brad Witter
What Is Jeanie Buss' Net Worth? The Lakers President Is Uber Rich
By Hugh McIntyre
Pete Davidson & Kate McKinnon Are Part Of A Reported Major SNL Cast Shakeup
By Brad Witter
Selena Gomez’s ‘SNL’ Hosting Debut Had Twitter Gushing Over ‘Barney’ & Wigs
By Stephanie Topacio Long
Get Even More From Bustle — Sign Up For The Newsletter