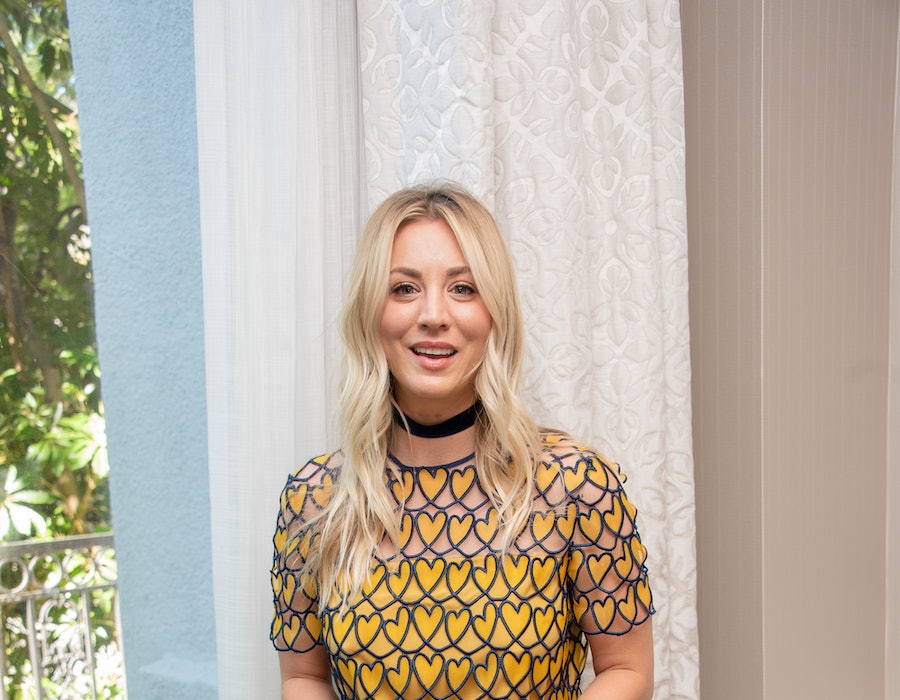 When Kaley Cuoco learned she was nominated for a Golden Globe for the first time, she burst into tears. After seeing Cuoco’s heartwarming reaction, her fans, who go by Cuocopuffs or Cuoconuts, collectively exclaimed, “It’s about time.”

An industry veteran, Cuoco started acting as a child and is most notable for her roles on 8 Simple Rules, Charmed, and, more recently, as Penny for 12 seasons of The Big Bang Theory. But it wasn’t until she played vodka-drinking, high-functioning alcoholic Cassie Bowden on murder mystery dramedy The Flight Attendant in 2020 that she was recognized by the Hollywood Foreign Press Association with a Golden Globes nod. “I was nervous. I found this project, I found this book, I put this team together, so this was all me,” Cuoco tells Bustle. “I truly feel like the minute it came out, I just had good support from fans, from fellow actors. It was like I was accepted into a new path in my career, like I got to start over.”

But as history now shows, the support didn’t translate into award season wins, but Cuoco took her “losing streak” in stride, posting self-deprecating Instagram photos. “I would like to thank ... nevermind,” reads one, while another says, “Apparently ... losers don’t get to keep anything.” One, in particular, caught the eye of vodka label Smirnoff, her new business partner.

“I posted a picture on the floor with a bunch of stuff around me, including alcohol, and the next day I got a call from Smirnoff being like, “That’s our girl!” she recalls, adding, “I love what Smirnoff stands for and what they represent, and I love vodka!”

One can argue that it’s vodka at the crux of Cuoco’s recent rebirth as star and executive producer of The Flight Attendant and founder of her own production company, Yes, Norman. After all, it’s vodka that her acclaimed character prefers. So it’s only natural — fated, even — that she became the new face of Smirnoff 21, a drink she calls her “classic” and in-flight go-to à la her Flight Attendant character Cassie.

But diverting from the series, Cuoco doesn’t drink like Cassie does and even clarifies, “Smirnoff encourages responsible drinking whereas Cassie does not, so two very different outlooks on alcohol!” Of overindulging, she laughs and says, “I’m too old for that sh*t, man.”

Cuoco is in the process of writing Flight Attendant’s second season, in which Cassie will continue her bumpy sobriety journey. “Cassie, her story is moving from New York to LA, right? And Cassie does make that move, which is not a great idea in your first year of sobriety,” Cuoco shares. “She’s gonna continue to make terrible decisions, and the ‘mind palace’ will return, and I can say that she will be facing herself.”

Cuoco trusts her heart — and gut — as her career compass. “All the books that I acquired for my company have been very gut-related,” she says. Picking up The Flight Attendant was no different. She had found a one-sentence summary of the namesake book by Chris Bohjalian and instinctively knew she wanted it. So much so that she had to check if Reese Witherspoon, who helmed Big Little Lies and Gone Girl under her Hello Sunshine production company, already had it.

Cuoco, whose Instagram bio features the iconic “What, like it’s hard?” line from Legally Blonde, says she’s “totally inspired” by Witherspoon’s business and the other women who make the type of content they want to see. With Yes, Norman, Cuoco now considers herself part of this new “for women, by women” vanguard in Hollywood that includes Witherspoon, Elizabeth Banks, and Oprah Winfrey. In just four years since launch, Cuoco’s produced three seasons of Harley Quinn and acquired new titles including a Doris Day biopic, and is in the process of writing Flight Attendant’s second season.

When it comes to further carving her own path, Cuoco hopes to use her platform to uplift historically marginalized voices, particularly “giving up-and-coming diverse writers a chance to be seen and heard.” She adds, “I’m trying to give as much opportunity elsewhere as I was given.”

Cuoco, who works “‘round the clock, 24/7,” has exciting projects in the pipeline, including two romantic comedies — one with Pete Davidson and the other, The Man From Toronto, opposite Kevin Hart, a role she wanted “so bad” that she filmed her audition in a women’s restroom. “I have been doing this my whole life ... I truly feel like I had it in my soul. It’s just who I am,” she adds. “I’m excited about all of it.”

Aside from those projects, Cuoco gushes about how she’s “so proud” to be part of the “amazing [Smirnoff] campaign,” saying, “It was like I ended up winning awards season even though I had lost over and over and over.” She adds, “It felt like the right thing.”

More like this
Twitter’s Reaction To HBO’s ‘Game Of Thrones’ Jon Snow Spinoff Idea Is Chaotic
By Stephanie Topacio Long
The 'Hocus Pocus' Sequel Finally Has A Release Date & It Makes Total Sense
By Shannon Barbour and Radhika Menon
Everything To Know About The 'Pretty Little Liars' Reboot On HBO Max
By Mary Kate McGrath and Jack Irvin
Who Is 'Stranger Things 4' Fan-Favorite Joseph Quinn Dating IRL?
By Grace Wehniainen
Get Even More From Bustle — Sign Up For The Newsletter