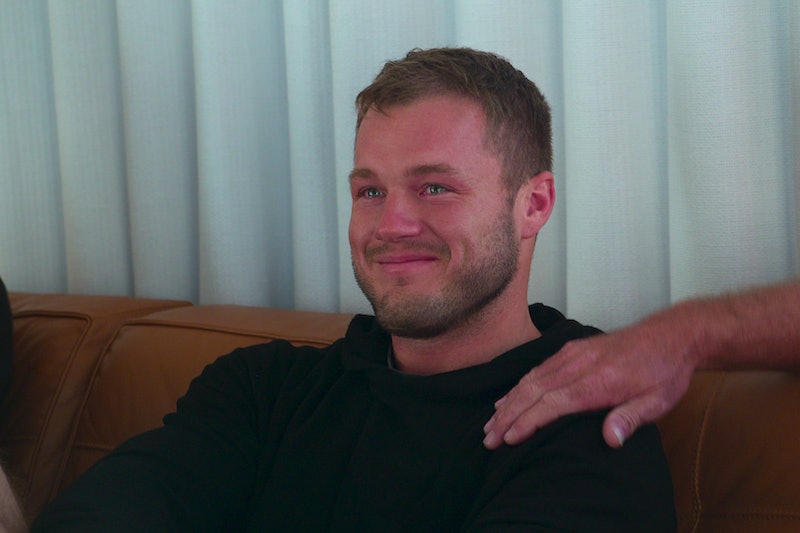 Few could forget Colton Underwood’s infamous fence jump on The Bachelor. After frontrunner Cassie Randolph self-eliminated because she wasn’t ready to get engaged, he melted down, ripped off his mic, and — in the most heavily teased moment of his season — flung himself over an eight-foot gate. Colton then evaded production and took off down a Portugal street.

In his new Netflix docuseries, Coming Out Colton, the former NFL player sheds more light on what was going through his head that night. He came out as gay two years after his season aired, and the show documents his journey to accept and better understand his queer identity. But while on The Bachelor, he was still struggling with his sexuality and didn’t “want to be gay.” He says being on the show made him feel like he was “becoming more of a straight man.” And after his hometown beach date with Cassie, he felt like he’d finally found the “one really good girl” who could “change” him.

“The night that Cassie was leaving me on The Bachelor, there was a big part of me that was thinking, ‘If I can’t get there with you, then I definitely can’t with any other woman,” he explains on the series. Eventually, Colton did persuade Cassie to come back, and the two continued dating after he gave her his final rose. “After The Bachelor, our relationship was up and down and eventually we broke up and I started to spiral,” he says.

Colton and Cassie announced their split after a year of dating in May 2020. Four months later, Cassie filed a restraining order against Colton. In court documents, she alleged that Colton was “stalking and harassing her,” sending “unsettling text messages,” and even placed a tracking device on her vehicle. A judge granted Cassie a temporary restraining order, but the former Bachelor contestant later dropped the case after she and Colton reached a private agreement.

“I was f*cked up. I was suppressing my sexuality so hard. I was taking medication daily to deal with depression and anxiety, and that made me a paranoid freak,” Colton says while coming out to his longtime friend Kassidy on Coming Out Colton. “I didn’t trust a whole lot of people, and I was trying to do anything and everything I could to protect a secret. I lost my mind, and I did some things, I said some things that I’m not proud of. That’s not me making excuses for what I did because I did f*ck up. I made mistakes, and I will take ownership in that.”

Later, while coming out to his dad on a fishing trip, Colton explains that the day Cassie filed the restraining order was the day he realized he could no longer pretend to be straight. “I knew she was my last straight relationship and I didn't want to let that go because I didn't want to have to deal with this,” he says.

As he sets out tell the rest of the world that he’s gay, Colton’s dad warns him that people will think he’s coming out just to save face after his behavior toward Cassie. But Colton pushes back. "That's the furthest thing from the truth. If anything, the reason I'm coming out is because I'm ashamed and I'm sort of mortified of what got me to this position in the first place,” he responds.

In a recent interview with the New York Times, Colton clarified that while he’s attracted to women, he doesn’t identify as bisexual. He says in Coming Out Colton that he thinks he was drawn to Cassie because he “felt comfort and safety with women who are a little more reserved and unsure and shy." Women who were more confident and brazen, like contestant Onyeka Ehie, intimidated him because he was “scared [that] if we ended up together, she would call me out on my sh*t."

Colton, who was open throughout his season that he was a virgin, was also happy that the show ended abruptly instead of with the usual fantasy suite dates and final rose ceremony. "I knew I was attracted to men but I felt like if I lose my virginity in the fantasy suite, is it going to please me enough to keep me wanting to be straight?" he recalls on Coming Out Colton. "Crossing that line was such a big deal because it would force me one way or the other and I didn't know which way that was going to be."