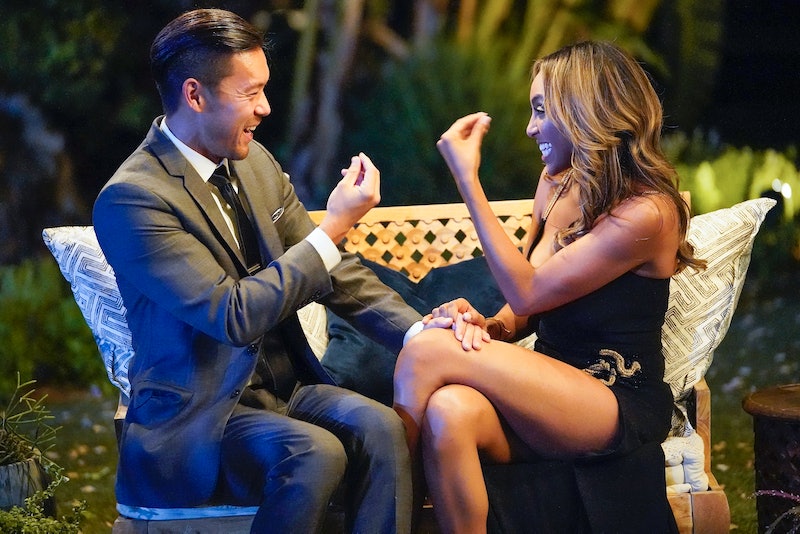 It seems that 2020 is truly determined to be as hellish as possible, because Joe Park, aka Dr. Joe, was sent home on Tuesday's episode of The Bachelorette. Despite his lack of screen time, the New York-based anesthesiologist quickly charmed fans with his origami animals, bromance with fellow contestant Brendan, and self-deprecating one-liners (remember when he proclaimed himself to be "a lover, not a fighter?"). Sure, Tayshia and Ivan's comically large ice cream sundae was onscreen more than he was, but Dr. Joe had enough time to prove he was the perfect man.

In addition to loving hugs, Joe provided Jason with some much-needed emotional support before the former football player decided to leave the show. He was a first responder on the front lines of the coronavirus pandemic. He has glorious abs, which you can see on his Instagram account along with impressive photos of him surfing. He also posted his full Bachelorette roast on his Instagram Story, which was actually quite funny. He can play guitar. He brought bibimbap on his date with Tayshia. He carries a photo of his family in his pocket! Seriously, how could Tayshia pick anyone other than Dr. Joe?

It seems that Bachelorette fans are wondering the same thing, because they're flooding Twitter with shocked and heartbroken responses:

Faced with the prospect of a Joe-less season, many Bachelorette fans have already begun campaigning for him to become the next Bachelor. Sure, Matt James' season needs to air first, but after that — and after one of Matt's women inevitably becomes the next Bachelorette — ABC should give the people what they want and choose Dr. Joe to be the first Asian Bachelor. He's smart, goofy, charismatic, compassionate, handsome, and deserves the chance to find love on national television while the audience at home swoons over him.

He may be a left field pick, given that he had such little screen time and was eliminated just a few weeks into Tayshia's run. But fans have been asking — nay, begging — to see more of Dr. Joe for weeks. Even Ashley Iaconetti is on board with Dr. Joe becoming the next Bachelor. (Also again: those abs.)

Look, 2020 has been a really hard year; it's really not a lot to ask that we get a hot, charming, funny doctor as the next Bachelor, is it? Fans need this. The world needs this. Please, ABC, give everyone a reason to look forward to 2022.