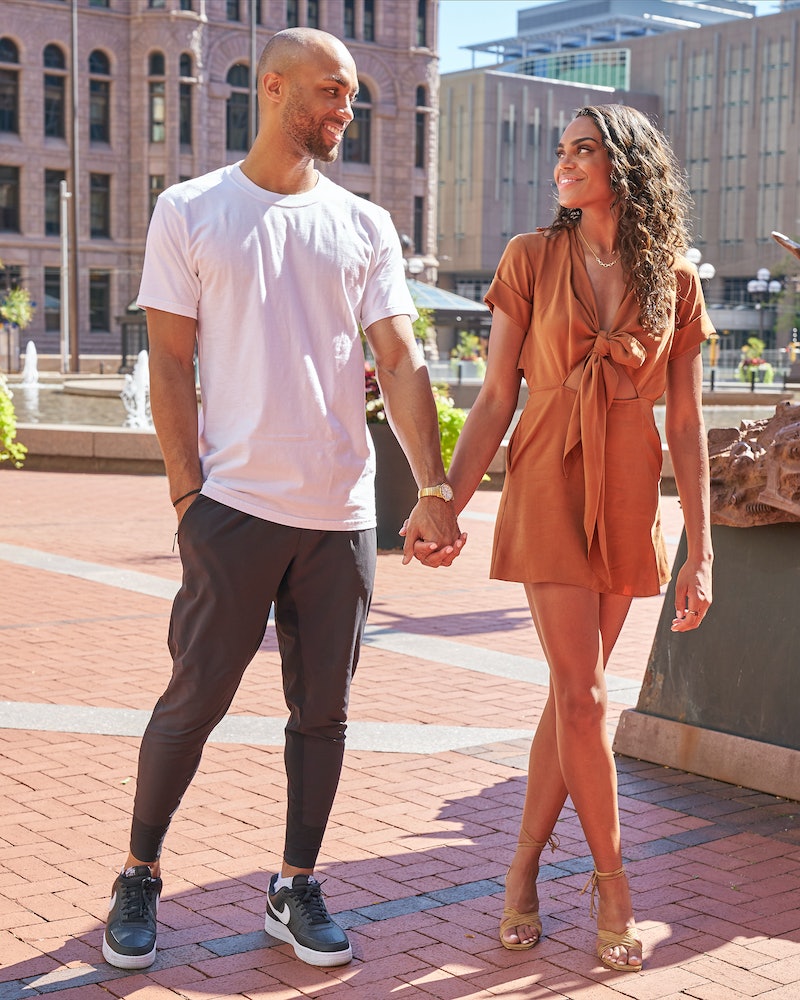 The Bachelorette’s fantasy suite episodes are supposed to be just that — a fantasy. And what could be more fantastical than the beaches of Mexico, a Bachelor franchise go-to location? Unfortunately for Joe Coleman, his hopes of ending up with Bachelorette Michelle Young were thwarted during the Dec. 14 episode, taking him out of the race.

Bachelor Nation had high hopes for Joe. After it was revealed during the first episode that he previously ghosted Michelle after they exchanged DMs, the awkward situation was immediately rectified. The two Minnesotans talked, made up, and it seemed to be smooth-sailing from Episode 1. Joe even had the home-court advantage (literally, too) during the episodes filmed in their shared hometown. He immediately got asked out on a one-on-one date where Michelle took him to her high school to play ball together, and he had the opportunity to reciprocate that sweet gesture by taking her to his alma mater. He even made it to the final three, and he told Michelle he was falling in love with her, making her feel even more confident in their relationship.

After their fantasy suite date in Mexico, however, things went south. Joe was visibly bothered by Michelle going on dates with the other men and told his fellow contestant Nayte Olukoya that he tried to stay distracted from thinking about what goes on during her other dates.

Finally, his turn came, and their date seemed to go well. They spent some time riding and had serious discussions about the future over dinner, including how many children they both wanted. “I’m falling even more in love with you the more we get together,” he told the Bachelorette. “I hope you know how much you mean to me,” she replied. In an interview, Joe even declared he’s “very ready” for marriage.

After Michelle’s strange date with Nayte came the nail-biting rose ceremony in which Brandon Jones pulled her to the side to say he’s always on Team Michelle, no matter what happens. “You three have completely changed my life,” Michelle said before handing out the first rose. “I do feel strongly about where my heart is.” Ultimately, she decided to move forward with Nayte and Brandon, sending Joe home.

Teary-eyed, Michelle walked Joe out. “I have been falling in love with you. I’m still falling in love with you ... You have a piece of my heart, and I think you always will,” she told him. “It’s just… I can’t be your person.” Joe thanked her for pushing him to be more open, vulnerable, and a better person. He added, “I really did see that future with you that we talked about.”

On the car ride home, Joe confessed he was “in shock.” “I didn’t see that coming ... I just wanna go home.” It doesn’t seem like Joe got much closure, which means fans didn’t either, but perhaps Michelle will give a more detailed explanation in the coming days.