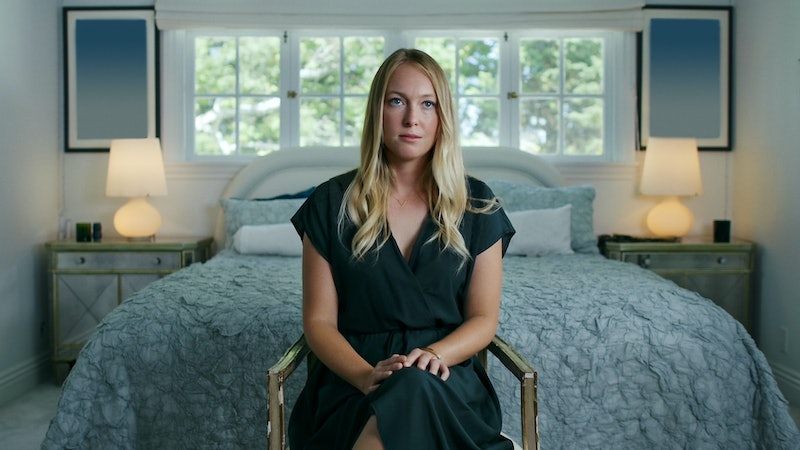 Whereas HBO's The Vow takes a broad look at the rise of and fall of NXIVM, Starz's Seduced is shorter and more sharply focused. It's only four episodes compared to The Vow's nine (and counting), and hones in much more specifically on the members of NXIVM's secretive subgroup DOS rather than the cult as a whole.

That's purposeful. Centering on and co-produced by former NXIVM member India Oxenberg, Seduced is billed as a limited series and functions specifically to give a voice to the victims of DOS, who were made to participate in master-slave relationships, branded with NXIVM leader Keith Raniere's initials, and put on restrictive diets, among other alleged abuses. This meant filming even just four episodes was a delicate and drawn out process, as the show's team wanted to ensure the victims felt safe and comfortable at all times.

To achieve that goal, director and showrunner Cecilia Peck and her team employed women on all aspects of production, from cinematography to recording assistants. “We trained everybody who worked in the sound department on how to place a mic on somebody who’s a survivor of trauma and potentially sexual assault,” she told Indiewire. “You take them into a private space [and] ask before lifting a blouse. We always had a female sound recordist or assistant putting mics on people.” Co-producer Inbal Lessner added that they also offered professional therapy services for the women featured, and a counselor was always on-site when a triggering experience was going to be explored.

The result is show that's "much more explicit and direct about exactly how bad it was for members of DOS" than The Vow, Kathryn VanArendonk wrote for Vulture. Though The Hollywood Reporter's Inkoo Kang noted that Seduced often veers too much into feeling like a "generalized, public-servicey perspective," the show's shorter runtime also means that Raniere's most egregious acts don't get buried under everything else. There's footage of Raniere condoning rape, for example, as well as encouraging men to practice physical violence, like slapping each other. (Raniere was recently sentenced to 120 years in prison on charges of sex trafficking, racketeering, and possession of child pornography, though he maintains his innocence and has said he plans to appeal his conviction.)

Unlike The Vow, there have been no announcements regarding plans to continue Seduced. But as enthralling and important as the series has been, it's understandable if Raniere's victims would prefer not to further rehash their trauma for a potential new season. With Raniere in prison, perhaps his victims will be able to step away from the spotlight and find some peace.