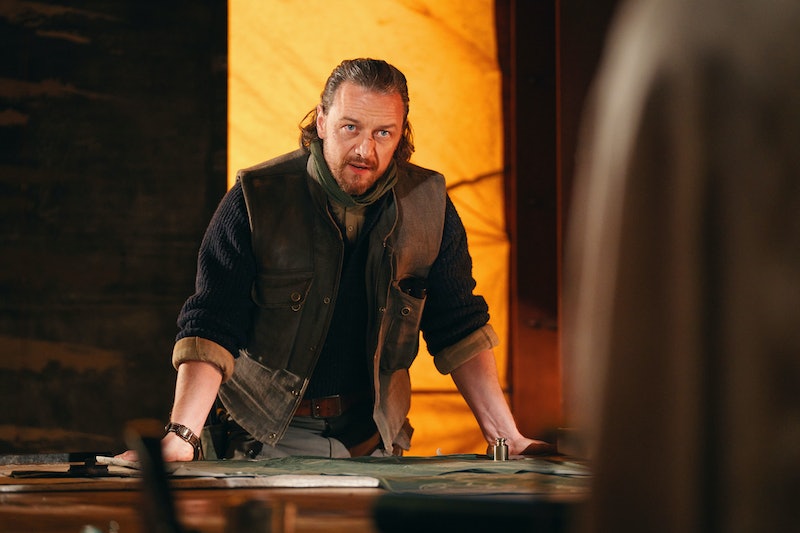 On Sunday night (Dec. 18), the third and final series of His Dark Materials premiered on BBC One. With the entire box set available on iPlayer, fans of the Philip Pullman adaptation will be sad to say goodbye to the likes of Lyra and her daemon Pantalaimon. While its creators have said it is time “to close the doors on the final chapter,” some viewers may wonder whether this is truly the end for His Dark Materials and if there will, in fact, be a Season 4?

As previously stated, there are no plans for a fourth season. Speaking at this year’s Edinburgh International TV Festival, executive producer Jane Tranter made it clear that three books equal three seasons. She did, however, want to initially expand the story across more seasons. “Honestly, I would have told it across nine seasons if I could have done,” Tranter explained. “There are so many stories we weren’t able to do.” While noting that some fans would have enjoyed the show going into deeper detail, the producer added, “it’s expensive and it’s a season-a-book and that’s that.”

That’s not to say that Tranter and the rest of the team on His Dark Materials wouldn’t reject the opportunity to adapt Pullman’s companion trilogy, The Book Of Dust. “It’s the most exciting story but, like everything Philip does, it has many levels to it,” Tranter said during the launch of the first series in 2020. “It’s an extraordinary piece… so huge and ambitious,” she continued. “But if anyone ever gave us the opportunity to do it, we’d be there.” The team have already included a moment from the first book of the second trilogy, La Belle Sauvage, as a flashback in the first episode of His Dark Materials.

But its follow-up, The Secret Commonwealth, and Pullman’s upcoming third book take place decades after the events of His Dark Materials and follow Lyra as a 20-year-old graduate. So, there’s totally an opportunity for the world of His Dark Materials to be expanded beyond three seasons — just not in the conventional sense. There are also novellas like Lyra’s Oxford and Once Upon A Time In The North that could be expanded upon. Fans will just have to wait and see.

More like this
The Song At The End Of 'The Last Of Us' Ep 1 Has A Deeper Meaning
By Sophie McEvoy
Everything To Know About The 'Daisy Jones & The Six' TV Series
By Maxine Harrison and Brad Witter
Twitter Is Burning As Phoebe Dynevor Reveals Daphne’s 'Bridgerton' Exit
By Sophie McEvoy
'Magpie Murders' S2 Will Include A *Major* Shake-Up
By Sophie McEvoy
Get The Very Best Of Bustle/UK
Sign up for Bustle UK's twice-weekly newsletter, featuring the latest must-watch TV, moving personal stories, and expert advice on the hottest viral buys.