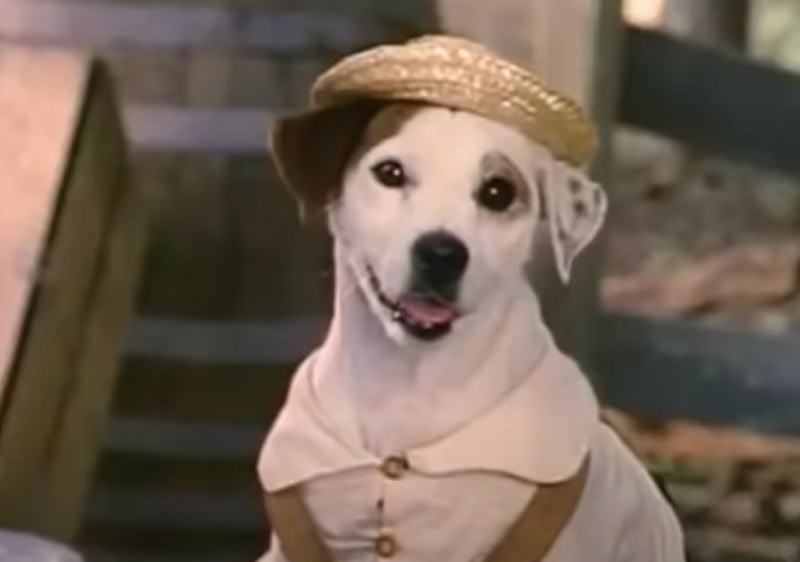 America's favorite Jack Russell Terrier is about to make an exciting comeback, except this time he's getting the feature film treatment. According to a new report, there's a Wishbone movie is officially in the works as part of a team-up between Universal and Mattel Films. The project, per The Hollywood Reporter, is described as a modern-day take of the widely popular PBS series, which ran from 1996 through 2001 and took viewers on various literary adventures from a dog's point of view.

Fans will remember watching Wishbone embark on a variety of adventures in iconic works of literature, which ranged from exploring the many plays of Shakespeare to dropping in on Frankenstein, Sherlock Holmes, Robin Hood, Jane Austen novels, and everything in between. If there was a book to be explored, you better believe Wishbone was on the case and ready to leave his adorable little paw prints in the margins of history.

Oscar winner Peter Farrelly, of Green Book fame, is set to produce the film alongside Robbie Brenner and Kevin McKeon, who will executive produce and oversee the project for Mattel. Meanwhile, Lexi Barta will oversee the film for Universal Pictures, while Roy Parker will pen the script. “Our deep library of iconic franchises continues to offer cinematic storytelling opportunities,” Brenner said in a statement, as per THR. “We’re thrilled to be working with Peter Farrelly, Roy Parker and Universal to take the beloved dog classic into a new direction with a modern reimagination of the franchise.”

Parker took to Twitter to express his excitement over the news. "Extremely excited to finally share that I'm going to be writing a WISHBONE movie for Universal, Mattel, and Pete Farrelly!" he wrote. "As a kid who grew up watching the show, it's truly a dream come true. I'm excited to spend the foreseeable future asking, 'What's the story, Wishbone?'"

As of now, there's no official release date for the movie, nor is it clear when production is slated to get underway. However, with the ongoing threat of COVID-19 still looming in the air — which has brought several movie and TV productions to a complete halt — it could be some time before this film actually gets to see the light of day. Though when it does debut, it's all but guaranteed to warm your '90s-loving heart.

Unfortunately, the original Wishbone dog, who went by the name Soccer in real life, won't be able to reprise his beloved role for the big screen. He died of old age in 2001. But there's sure to be an equally adorable pup with a love of literature and costumes out there to take up his four-legged mantel and bring a love of reading and creativity to a new generation of children.

This isn't the only theatrical production Mattel has in the works. The company is also in the process of developing Barbie, starring Margot Robbie and written by Greta Gerwig and Noah Baumbach, as well as a live-action Hot Wheels movie. And now with Wishbone added to the lineup, going to the movies (when it's safe to do so) might feel like a full on time traveling experience back to the '90s.