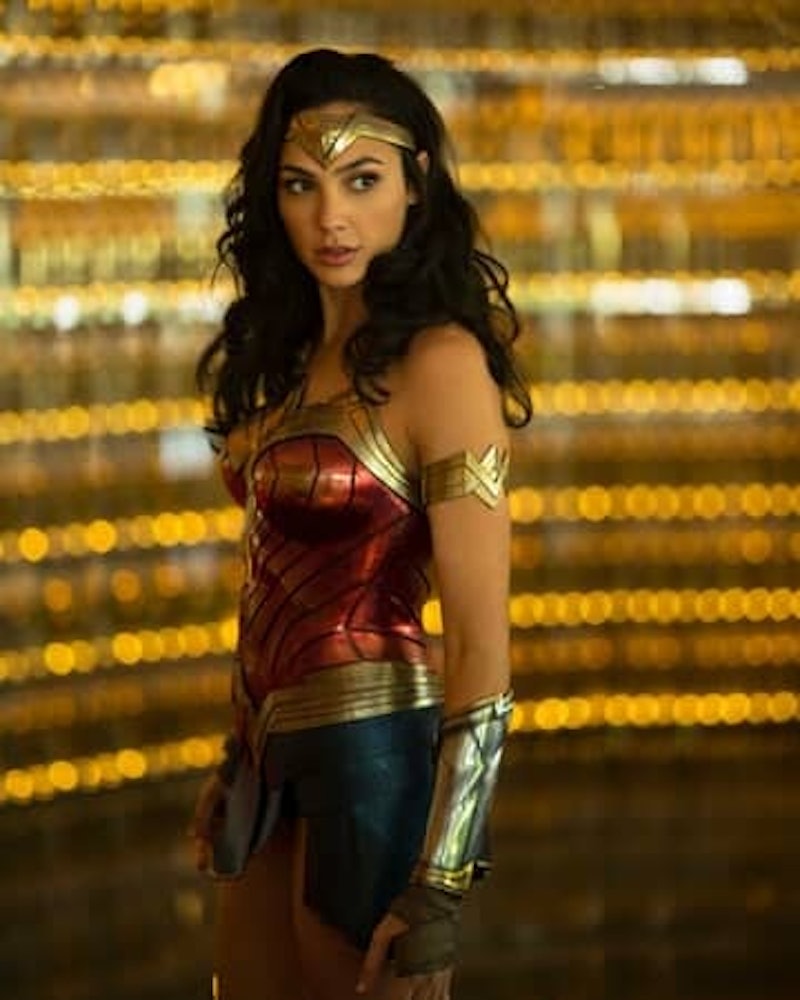 Spoilers ahead for Wonder Woman 1984. It wasn’t enough to give fans an action-filled adventure — Wonder Woman 1984 also included a mid-credits scene with a legend. Lynda Carter, the actor who played the titular superhero in the iconic 1970s TV series, finally made a cameo in the DC Extended Universe, showing up for a heroic act of her own. It was everything many fans had hoped for, and they proved it on Twitter.

The scene in question brought viewers from WW 1984’s snowy Christmas to a sunny day at an outdoor market, where a mysterious woman was strolling. When a post suddenly fell and nearly landed on a mother and her baby, the woman blocked it as if it were nothing, and then continued on her way. Only when the mother stopped her to thank her did the woman turn around, revealing herself to be none other than Carter. And that was just part of what was so intriguing.

The character introduced herself as Asteria, an Amazon warrior viewers heard about earlier in the film. She was the previous wearer of the golden armor that Wonder Woman 1984’s Diana Prince (Gal Gadot) wore into battle — and she was thought to have died for her fellow Amazons. And yet here Asteria was, alive and still saving people, telling the mother that she’s “been doing this a long time.”

Carter’s appearance in the DCEU was a long time coming. In 2018, director Patty Jenkins told ET that they “actually desperately tried to get her” in 2017’s Wonder Woman but couldn’t because of scheduling. It took longer than they initially hoped for, but they ultimately made it happen, much to fans’ delight. In fact, many WW 1984 viewers considered Carter the best part of the entire movie and were all too happy to tweet about it.

In spite all of the fan enthusiasm, it remains unclear whether Carter’s Asteria will have a bigger role in a future Wonder Woman movie. For one, another installment in the series hasn’t even been confirmed; Jenkins is open to it, but the director has a condition. Secondly, while she told The Hollywood Reporter in January 2019 that a third film would be a “contemporary story,” the plot wasn’t “totally nailed down” and Jenkins hasn’t shared any details about an extra Wonder Woman being added to the mix. Carter’s cameo may have just been intended to honor a legend and thrill fans in the process, as it obviously did.

If there’s never a sequel involving Asteria, at least we’ll always have Wonder Woman 1984’s mid-credits scene. And what a scene it was.