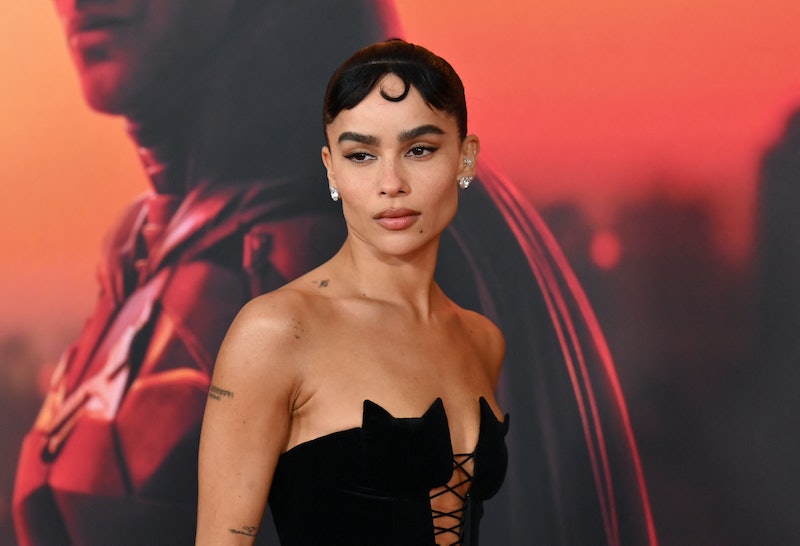 With her turn as Catwoman in The Batman, Zoë Kravitz proved she belonged in a catsuit and in the greater Batman-verse. Opposite Robert Pattinson, Kravitz stars in the latest Gotham City film as Selina Kyle, the thief who becomes the anti-heroine Catwoman. Kravitz completely made the role her own, even portraying the feline phenom as bisexual. (In a March 1 interview with Pedestrian, Kravitz said she “definitely” interpreted Selina’s connection to Anika as “kind of romantic,” which aligns with the source material and diverts from the onscreen heterosexual portrayal audiences have come to know.) But in a recent interview, Kravitz revealed the Matt Reeves-directed film wasn’t the first Batman movie she was interested in joining. The Big Little Lies actor attempted to audition for Christopher Nolan’s The Dark Knight sequel in 2012 but said she was turned down before she even got a chance to.

In a March 6 interview with The Guardian, Kravitz said she was rejected for a role in The Dark Knight Rises for being too “urban.” Though she didn’t “know if it came directly from Chris Nolan” or “a casting director of some kind,” the actor opened up about the racist experience. “Being a woman of color and being an actor and being told at that time that I wasn’t able to read because of the color of my skin, and the word urban being thrown around like that, that was what was really hard about that moment,” she said.

However, in a March 9 post to her Instagram Stories, the actor referred to The Guardian’s reporting as “click bait bad journalism” and clarified her comments. “I was NOT told i was too urban to play catwoman in the dark knight. it would have made NO sense for me to even be considered for that role at that time,” wrote Kravitz. “i wanted to AUDITION for a small part in the film and was told (i do not know who said this but this is how it was worded to me) that they were not going ‘urban’ on the part. this is something i heard a lot 10 years ago—it was a very different time.”

Furthermore, Kravitz insisted her recollection of events wasn’t intended “to point any fingers or make anyone seem racist, namely Chris Nolan, the film’s producers or anyone on the casting team,” as she believes they didn’t mean to offend her. “I was simply giving an example of what it was like to be a woman of color in this industry at that time,” she continued.

Kravitz then concluded her statement, claiming “words like that were thrown around very casually” at the time. “Although i’m very glad that we are attempting to evolve - let’s all calm down - as well as fact check before we write things that are untrue.”

It’s unclear how the actor’s comments were spun into anyone thinking she was auditioning for Catwoman, as she previously spoke about the experience long before starring in The Batman. In an August 2015 Nylon interview, Kravitz said the role was a “small” one. “They told me that I couldn’t get an audition for a small role they were casting because they weren’t ‘going urban,’” she told the outlet, adding, “It was like, ‘What does that have to do with anything?’ I have to play the role like, ‘Yo, what’s up, Batman? What’s going on wit chu?’”

Despite that, Kravitz said she still watched the film. “I’ve seen all the [Batman] movies,” she said in an October 2021 interview with AnOther Magazine. Speaking about just how much she wanted to land the role of Catwoman, Kravitz told the outlet, “When these big opportunities come up, these big roles, and you really want them, it’s heartbreaking when you don’t get them.”

Thankfully, her The Batman audition opposite Pattinson didn’t end in heartbreak. It was “kind of funny,” actually, at least according to her March 3 appearance on The Tonight Show With Jimmy Fallon. Revealing what it was like to camera test with her friend, she told Fallon, “Just to camera-test with someone you know dressed up as Batman and you haven’t seen them in a while ... But then you kinda catch up, ‘So how’ve you been?’” She also shared how Pattinson was decked out in George Clooney’s Batman outfit but “only from the waist up,” wearing “sweatpants at the bottom.”

Aside from revealing she hung out with cats, watched videos of them fighting, and “maybe” drank milk out of a bowl to prepare for the role, Kravitz was nothing but gracious about the new Batman opportunity. “My agent told me I was on the list of actors they were looking at. And even that would’ve been enough,” the actor said. “To be on that list was pretty wild.”

More like this
Elizabeth Olsen's Chris Evans Friendship Update Was Accidentally Hilarious
By Grace Wehniainen
Elizabeth Olsen’s ‘SNL’ Cameo Made Benedict Cumberbatch A Multiverse Believer
By Grace Wehniainen
What Does Doctor Strange’s Third Eye Mean?
By Arya Roshanian
Wait, Did Wanda Die In 'Doctor Strange And The Multiverse Of Madness'?
By Arya Roshanian
Get Even More From Bustle — Sign Up For The Newsletter