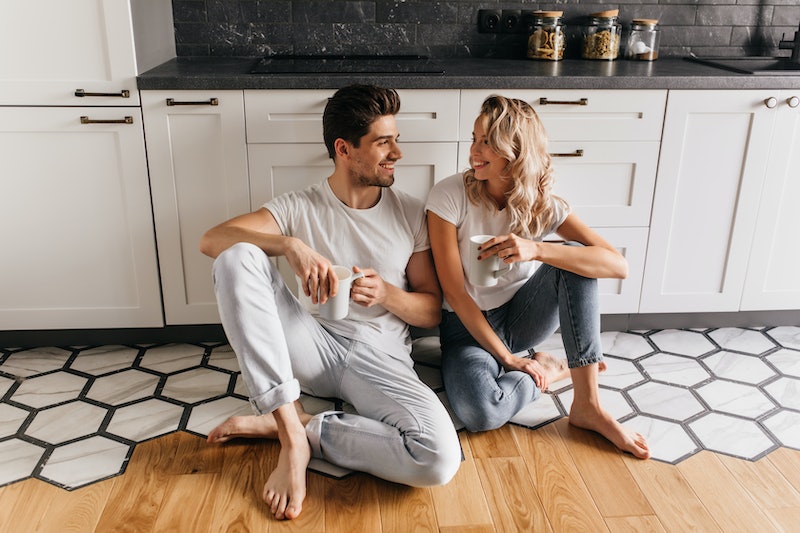 Since Mercury retrograde is known for making all sorts of things in your life go wrong, especially in regards to communication, it may seem tempting to put your love life on hold until it passes. But according to astrologers, the astrological event is not always that bad. In fact, some couples may successfully get back together during Mercury retrograde. It all depends on a couple's birth charts.

"Mercury in retrograde has a scary reputation, but it's actually a great thing for most of us," astrologer Mary Cole tells Bustle. "It's a time of self-reflection, which is so necessary for relationships."

Since this Mercury retrograde is happening in Cancer, which is the "empathic caregiver," it's likely for some to miss their ex and want to mend the broken relationship. If you're feeling this way, Cole suggests reflecting on those feelings but holding off before getting together with an ex.

"Emotions are higher than usual and communication fails are inevitable," Cole says. "You might be leaning into momentary feelings rather than making a decision that's actually good for you. Now is not the time to make game-changing decisions."

While everyone can benefit from being more cautious in their love lives until July 12, there are some people who'll have an easier time. According to Cole, these three zodiac couples have a good shot at getting back together during Mercury retrograde.