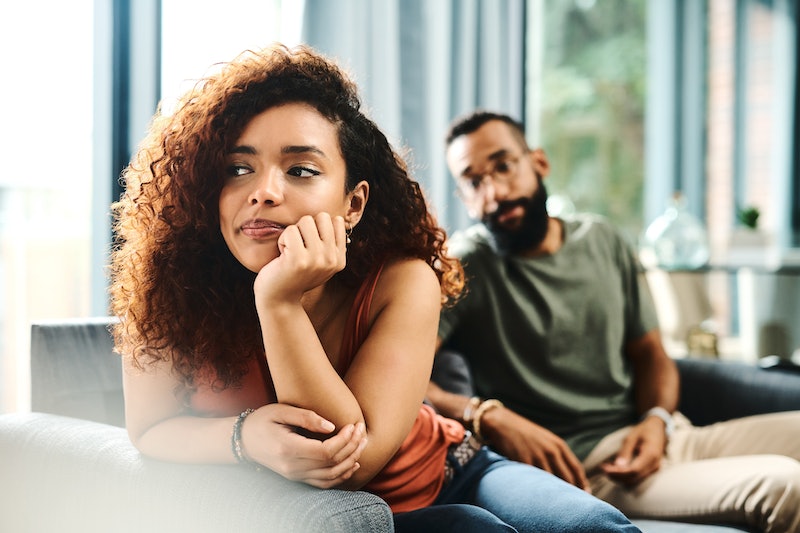 It can be easy to give your partner a lot of time, love, and affection when there's nowhere to go, and you're stuck inside the house. But what happens once quarantine is over? Some people may have a hard time staying monogamous, especially when their partner isn't around to monitor their behavior. And, according to an astrologer, there are three zodiac signs most likely to cheat post-quarantine.

If you've ever wondered what makes someone more likely to cheat than others, their birth chart could hold the answer. For example, astrologer Clarisse Monahan tells Bustle that if someone has Jupiter (the planet of expansion) in opposition or square to their Venus or Mars (the planets of love and sexual desire), that person is more likely to seek out other people when they're in a relationship.

However, people with planets in fire signs also tend to have higher sex drives and get bored easily. According to Monahan, their partners need to be on their toes to keep them from looking elsewhere. If someone has Neptune in their seventh house of relationships, they're also more likely to have a "grass is always greener" mentality when it comes to relationships. They can easily get tempted by other options, especially if their relationship isn't going well.

There's a lot that goes into whether or not someone cheats, but some sun signs are more likely to do it than others.