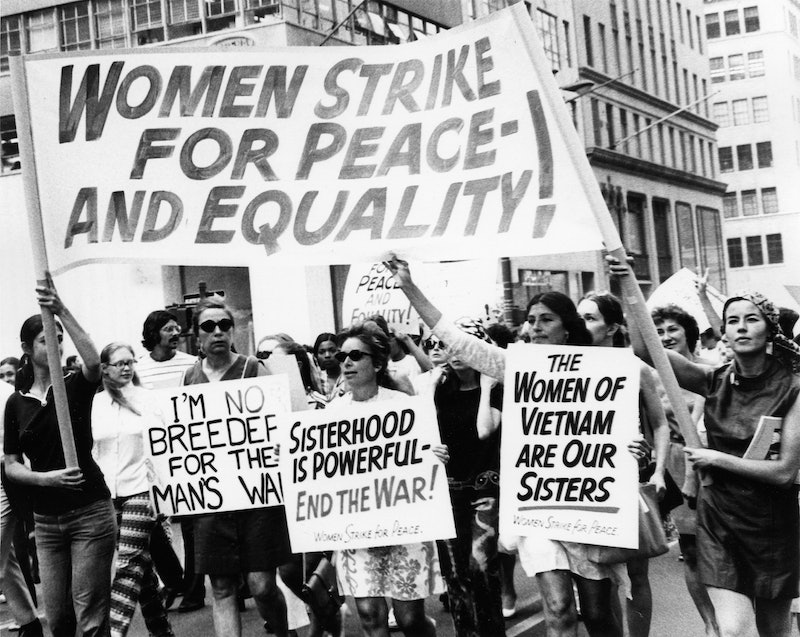 Late August may mean that summer’s nearly over, but come Aug. 26, it’s also Women's Equality Day. In 1971, Congress formally commemorated the anniversary of the certification of the 19th Amendment, which gave women the right the vote in 1920. According to Congress’ joint resolution, Women’s Equality Day celebrates both the certification of the 19th Amendment, and 1970’s Women’s Strike for Equality, a nationwide demonstration that drew 50,000 people in New York alone.

Planning a Women’s Equality Day event requires dealing with some difficult truths about women’s rights. It’s worth noting that what became the 19th Amendment was first introduced in 1878. (Yep, 42 years of dragging their feet; thanks, government!) While the 19th Amendment technically gave all women the right to vote, in practice that meant white women only: Black and brown women in the South were barred from voting because of Jim Crow laws, and didn’t have their voting rights guaranteed until the 1965 passage of the Voting Rights Act. And the fight for equal voting access for all American women is far from over, as Stacey Abrams’ campaigns in Georgia make clear.

Rebecca Kling, advocate for the National Center for Transgender Equality

More like this
How To Protect Your Digital Privacy If You Need An Abortion Post Roe v. Wade
By Kaitlyn Wylde
10 Times Boris Johnson Got It Wrong On Trans Rights
By El Hunt and Sam Ramsden
Photos Of Boris Johnson Drinking At A Downing Street Lockdown Party Have Surfaced
By Bustle UK
All The Astrological Events Happening In June
By Nina Kahn
Get Even More From Bustle — Sign Up For The Newsletter

This article was originally published on Aug. 22, 2018