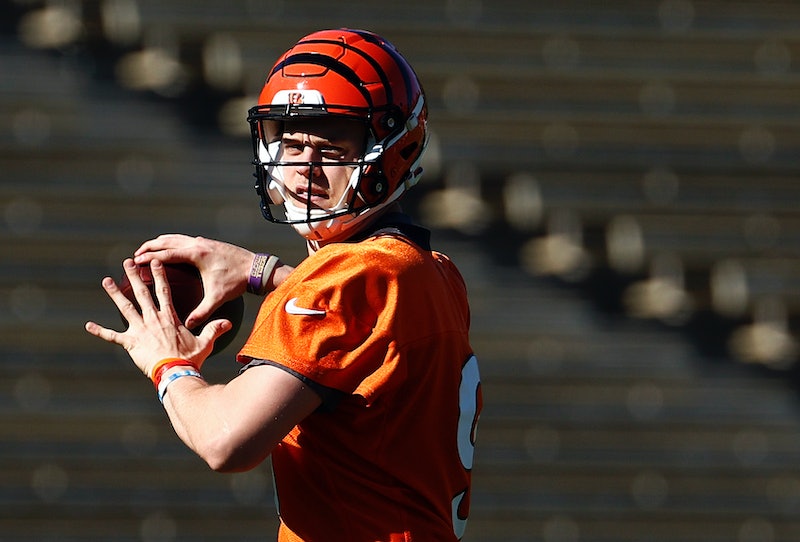 As a look through any Super Bowl halftime show memes will tell you, the wider the audience, the more memes there are. And with Super Bowl 2022 anticpated to have the most viewers in history, one can expect that the content game will be just as fierce as the competition between the Cincinnati Bengals and Los Angeles Rams.

With an unprecedented year for the Bengals — including making their first Super Bowl appearance since 1988, celebrating their first road playoff victory in history, and breaking the “Curse of Bo Jackson,” fans have already begun immortalizing the banner performance with some hilarious memes.

Sure, Bengals fans have often taken a beating on the internet — whether it’s ridiculing the team’s victory drought (see: the Bengals’ rebranded nickname as the “Bungles”), or haters slandering their beloved Skyline Chili as “mid.” But, just as the Bengals have showed up when it matters this season, one of the best parts of Bengals fandom is how faithfully they continue to show up for their team — whether it’s firing up a “Who Dey” chant in the stands, or sending off some hilarious Rams slander on Twitter.

Whether you’re a diehard Bengals fan or just joined the bandwagon of NFL enthusiasts who love an underdog, Bengals meme-ers have got your back — just like wide receiver Ja’Marr Chase is always there to receive quarterback Joe Burrow’s passes. Here are the best Bengals memes out there.

Everybody loves an underdog. And it’s no secret that NFL fans have made a quick pivot to rooting on the Bengals — because, who doesn’t want to feel like they’re a part of history?

2. Eff It, Ja’Marr’s Down There Somewhere

Originally referencing Chiefs quarterback Patrick Mahomes’ reliance on wide receiver Tyreek Hill, this meme was quickly rebranded to poke fun at the on-field chemistry between Joe Burrow and Chase (not to mention Chase’s ever-dependable reception skills). Burrow even quoted the meme in a January press conference.

As Bengals fans have witnessed history on the field, Burrow has also offered some show-stopping pre-game looks. After his outfit before the Bengals’ playoff game against the Las Vegas Raiders went viral, fans began poking fun at Burrow’s decisive chain-over-turtleneck — which may have been a nod to fellow footballer Dwayne “The Rock” Johnson.

If you’ve been feeling like Joe Burrow looks familiar, you might be one of the many who have put together the QB’s resemblance to Macaulay Culkin. One fan even edited Burrow’s face onto Culkin’s Kevin McAllister character from Home Alone. And the results ... are uncanny.

While Bengals fans came in droves to a recent pre-Super Bowl pep rally, the bleachers of the Rams’ celebration looked more like that of a JV football game. Ouch. Here’s to hoping Bengals fans will outnumber Rams fans in the stands on game day.