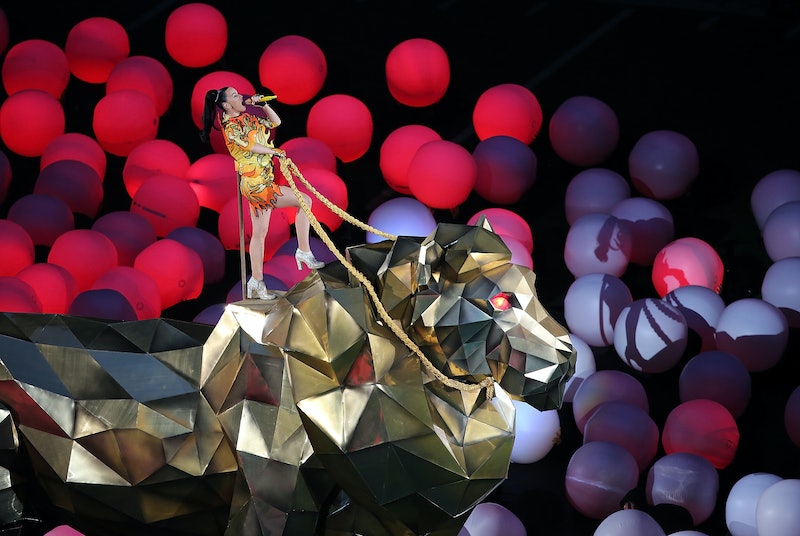 People who argue that the Grammy Awards is the biggest and most prestigious platform for any artist is forgetting one key event: the Super Bowl Halftime Show. The annual game is basically every year’s most-watched program across all metrics, and more viewers tune into the halftime show than the actual sporting event. Performing at the halftime show is often considered the biggest honor artists achieve in their careers. Early on, music icons like Michael Jackson, Diana Ross, and Prince set the standard for how over-the-top and spectacular a Super Bowl set could be, and today’s stars keep taking halftime to new heights.

In the past decade, A-list artists like Beyoncé (who has performed twice), Lady Gaga, Bruno Mars (another two-time performer), Madonna, Justin Timberlake, Shakira, Katy Perry, Coldplay, Jennifer Lopez, and The Weeknd and have headlined the halftime show, and many of them are among the highest rated and most acclaimed halftime shows of all time. The 2022 halftime show performers will be Dr. Dre, Eminem, Kendrick Lamar, Mary J. Blige, and Snoop Dogg will, and their combined star power could help them join the ranks of the most memorable halftimes.

The halftime stage isn’t just beneficial for the stars, whose sales and streams always skyrocket after their big performances. The right performers can increase ratings for the Super Bowl entirely by bringing in viewers who don’t care about football, which is why many of the most-watched halftime shows outpace the game in terms of ratings and viewership.

Here are the most-watched halftime shows, broken down by both broadcast ratings and streams.

After seven years, Katy Perry still holds the crown of the highest-rated halftime show, drawing an astounding 118.5 million viewers during the live broadcast in 2015 — and what a spectacle it was. The singer kicked off her show atop a giant tiger so you could hear her roar, brought out Lenny Kravitz for her breakout hit “I Kissed A Girl,” and made the brilliant decision to spotlight rap icon Missy Elliott, who performed hits like “Work It” and “Lose Control.” It also provided instant meme material because of Left Shark and her “The More You Know”-style finale.

Lady Gaga’s set was the second highest-rated halftime show, trailing behind Perry by just a million viewers. But perhaps most impressively, Gaga is the only artist on this list who performed her show without any special guests and kept the focus on her dynamite performance, which she kicked off by jumping from the roof of Houston’s NRG Stadium and ended by catching a touchdown in mid-air. All Gaga needs to deliver ratings are herself and her hits, including “Born This Way,” which brought these powerful lyrics to the masses of sports fan all over the world: “No matter gay, straight, or bi / Lesbian, transgender life / I’m on the right track, baby / I was born to survive.”

Coldplay’s 2016 halftime show ranks third in broadcast ratings, and the band turned the Super Bowl into their own rainbow room, filling the stadium with colorful lights, streamers, flowers, and fans while performing hits like “Viva la Vida.” But to many, this was actually Beyoncé’s second halftime show. The singer debuted her single “Formation” with a now-iconic routine on the stadium’s field, and then joined fellow halftime headliner Bruno Mars, who performed “Uptown Funk” just before her, for an epic dance-off. The prize for best special guests goes to Chris Martin.

Bruno Mars landed the Super Bowl Halftime Show slot after releasing only two albums, but his broadcast ratings, which fall behind Coldplay by just 200,000 viewers, proved that the NFL made a worthy investment in the newer artist, who performed early hits like “Locked Out of Heaven” and “Just the Way You Are.” He was also joined mid-set by the Red Hot Chili Peppers, giving him some back-up from a veteran rock band and making for an interesting genre clash.

The Queen of Pop has reigned supreme since the ’80s, but the NFL only gave her the halftime show in 2012, years after her peers Michael Jackson and Prince dominated the Super Bowl. It was worth the wait. At the time, Madonna earned the record for the most-watched halftime show, and she did it her way, arriving on a throne carried by men in armor, doing cartwheels around her dancers, and out-shuffling LMFAO. True to her career, there was also a little controversy by way of M.I.A., who flashed the middle finger before Madge sent viewers to church with “Like a Prayer.” Only Madonna could bring these random elements together into one visually arresting show.

The year 2020 marked a major shift for the Super Bowl Halftime Show, as this was the first show made in partnership with Jay-Z’s Roc Nation. To celebrate the Latinx culture of Miami, Shakira and Jennifer Lopez were both selected to co-headline what would be a historic show. Shakira belly-danced and introduced us to the zaghrouta. J.Lo paid homage to her film Hustlers with a stunning pole routine. And her daughter Esme joined her as hundreds of kids sang in cages, subtly nodding to the border crisis. At the end, she joined Shakira to give the ultimate example of Latina empowerment. Just days later, it became the most-streamed halftime show on YouTube.

Gaga’s show was also the second most-viewed halftime show on YouTube, matching her ranking in broadcast ratings. Gaga benefits from being one of the only artists to post the video of her show onto her own YouTube channel, along with NFL’s upload. Together, these make Gaga the only artist aside from J.Lo and Shakira to surpass 100 million YouTube views on her halftime show.

Like in the broadcast ratings, Coldplay comes in third for the most YouTube views. Beyoncé and Bruno Mars’ segment of the show alone (which NFL uploaded separately) received an astounding 141 million views alone. Never underestimate the power of the Beyhive or “Uptown Funk.”

Is it any surprise that Perry’s show also ranks high when it comes to YouTube views? People had to rewatch Left Shark in action multiple times. Long live Left Shark.

The Weeknd stripped things back, creating a stage with a full orchestra at the side of the stadium and not bringing in major special guests. But when he descended onto the field with hundreds of weird bandaged men to perform “Blinding Lights,” now Billboard’s biggest song of all-time, the singer proved he had the vision and spectacle it took to make an electrifying halftime show.

More like this
What Is Ariana Grande's Net Worth? When It Comes To Money, She Has No “Problem”
By Hugh McIntyre
The Best Memes & Tweets About Lady Gaga Reportedly Joining 'The Joker' Sequel
By Grace Wehniainen
Will Beyoncé Be At The BET Awards To Perform “Break My Soul” Or Attend The Show?
By Jake Viswanath
Big Freedia Reveals The Real Meaning Of Beyoncé’s “Break My Soul”
By Radhika Menon
Get Even More From Bustle — Sign Up For The Newsletter