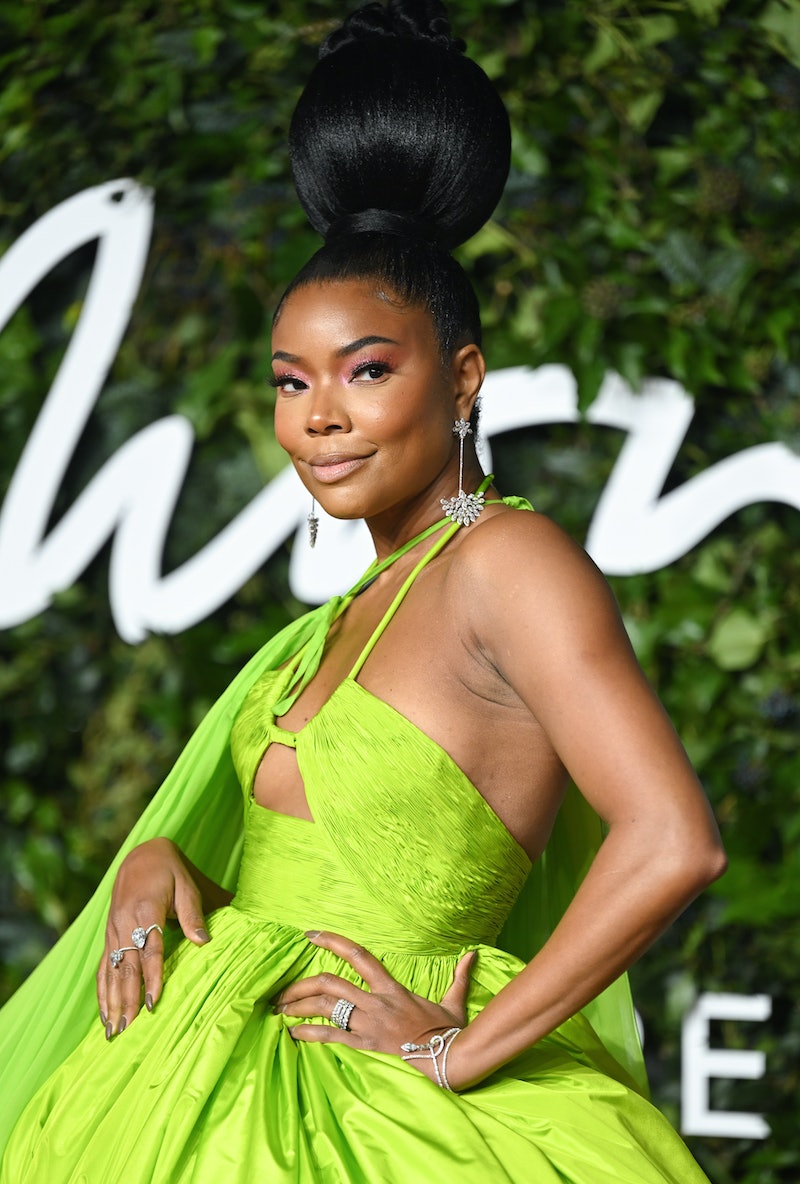 A version of this content appeared in Bustle’s daily newsletter on December 20, 2021. If you like what you see, sign up to receive it in your inbox right here.

Gabrielle Union has come a long way from dunking her hair in peroxide. (Yes, that was her go-to DIY dye job in her teens.) Now, the 49-year-old actor has started over with her hair — resetting with a big chop not once but twice — and is embracing her natural texture on the red carpet. “I been fly,” she tells Kui Mwai. “And I don't need to be a slave to any Eurocentric beauty ideal to be thought of as beautiful or fly or worthy.” Read More

Love Actually remains a festive classic 18 years(!) after its release. But not everything about the film has aged as well as that perennially appropriate scene of Emma Thompson crying to a Joni Mitchell song. Yes, the movie features a few too many storylines that revolve around creepy men and quiet, smiling women — and yet, Richard Curtis really knows how to tug at the heartstrings and deliver a gem of an early aughts-inflected soundtrack. Read More

I Ran On Peloton's Fancy Treadmill For A Month

Jogging on a treadmill might not come with the added boost of vitamin D that running outside does, but it’s not without its benefits — it’s easier on your joints, for one. And Peloton’s machine is like the Aston Martin of treadmills, says Rachel Lapidos. Read More

If you’re looking for delicious, no-fuss holiday dishes on your Instagram Explore page, you might have come across @GrossyPelosi, whose grid is full of Italian-influenced recipes for everything from stuffed shells to pignoli cookies. Naturally, the man behind the handle, Dan Pelosi, made the choice to go all-in on foodstagramming over dessert. Hope you’re hungry. Read More

Buckle up for some astrological turbulence. Read More

More like this
Breaking Down Miley Cyrus' Full "Flowers" Workout Routine
By Carolyn Steber
The 7 Best Spin Bikes To Use With The Peloton App
By Megan Gray
Here’s Your Daily Horoscope For January 31, 2023
By Mecca Woods
When Is The Next Full Moon? Your 2022 Calendar
By Nina Kahn and Brittany Beringer
Get Even More From Bustle — Sign Up For The Newsletter
From hair trends to relationship advice, our daily newsletter has everything you need to sound like a person who’s on TikTok, even if you aren’t.