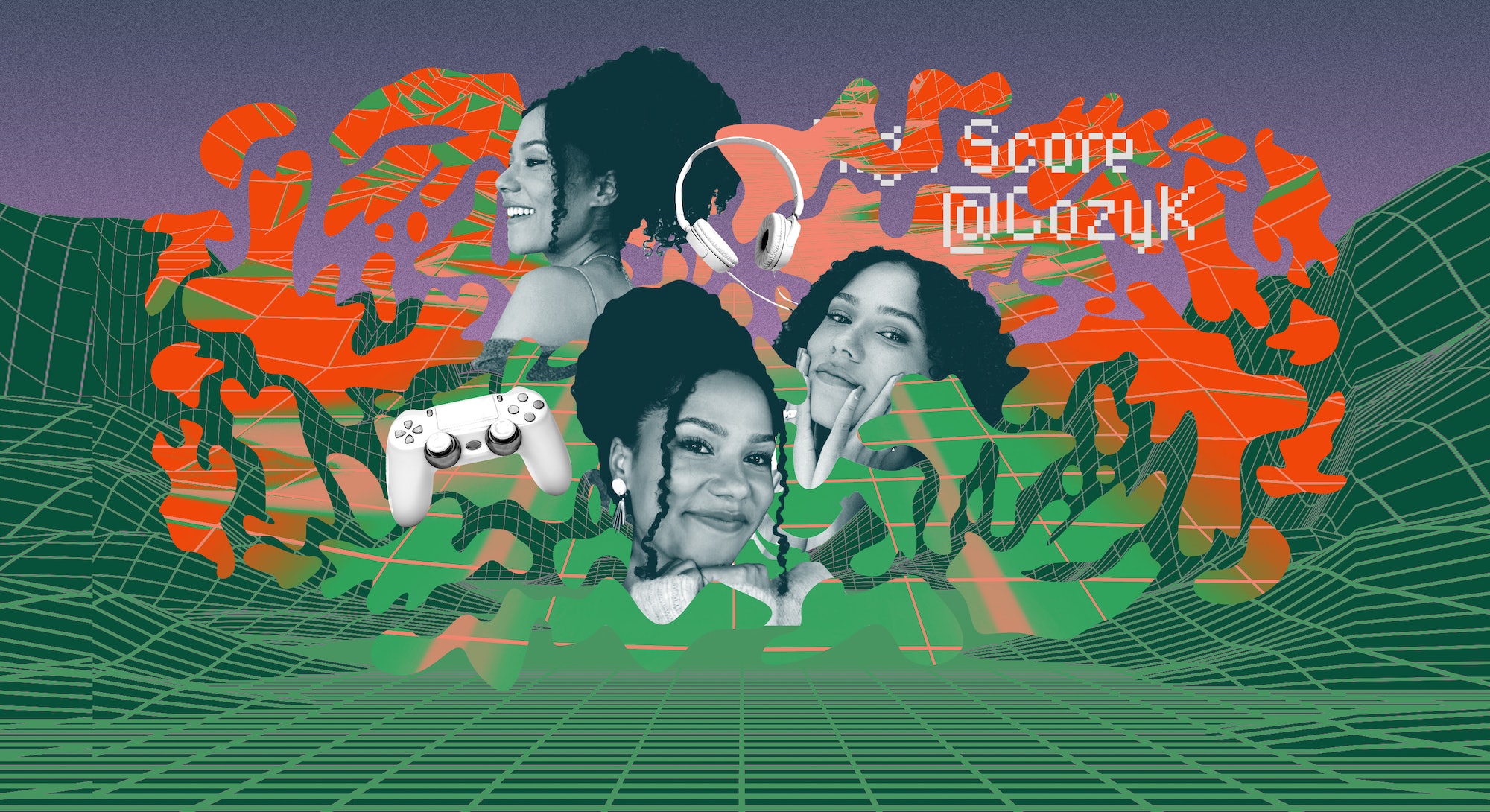 Kennedy Rose wants everyone who visits her social accounts to feel cozy. Her curated feeds are all earth tones, lit candles, knitted blankets, and lots of Animal Crossing. Since March 2020, Rose, 25, has built a following of self-described “cozy gamers,” who tune in to her weekly Twitch streams to watch her play video games like Stardew Valley, Spiritfarer, and Animal Crossing, typically with a mug of hot chocolate or another comforting drink.

The California-based gamer first started her channel as a second-year law student, and began streaming as a means of self-expression. “I just didn’t see a lot of gamers with my specific aesthetic except on Instagram, where there was a very small, niche crowd of us,” she tells Bustle. Her first TikTok video, calling for anyone who “loves playing video games but doesn’t connect with the typical gamer vibe” to come play online with her, has amassed over 400,000 views since it was posted in January 2021. She saw her account blow up, gaining almost 40,000 followers in two weeks. Today, Rose is a full-time lawyer, but spends roughly 12 hours a week creating content for her combined 200,000-plus followers and collaborating with brands.

The popularity of the influencer’s intentional aesthetic reflects a broader shift in gaming culture, where more women have been stepping into the traditionally male-dominated gaming scene. In 2021, according to a report by the Entertainment Software Association, women accounted for 45% of gamers in the United States, up from 41% the previous year.

But cultivating this space takes time — and a lot of it. Below, Rose walks us through a typical day in the world of cozy streaming.

7 a.m.: My cat, Chilaquiles, wakes me up to eat. He’s very regimented about his food. I check my notifications and scroll through social media. As usual, I’m looking for what other people have to say about game releases or general trends to keep a pulse on what’s happening and come up with content ideas. I check my Notion to see what tasks I’ve got penciled in for today, and switch things around if I don’t feel I’ll realistically get to them. Today, I need to catch up with my manager, whom I recently hired, to go over contracts and catch her up on my existing collaborations.

7:30 a.m.: I try to do a Peloton workout, but instead I do yoga. Then, I go downstairs and make my daily avocado toast — I cannot start my day without it. I always eat it with herbal tea and water, and I’ve been trying to incorporate some vitamins lately.

9 a.m.: I launch into content planning. I script some YouTube videos and film them, and I also film and edit some TikToks. Then, I take and edit batches of pictures for my Instagram.

11 a.m.: I invite my followers to watch my half-hour playthrough of Stardew Valley, which I post weekly. I just passed my one-year anniversary of Stardew streaming, and celebrated by having my community comment on their highlights and milestones over the past year so we could cheer each other on.

12:30 p.m.: I grab lunch, since I’ll be streaming and then busy for the rest of the night. My community always makes fun of me because I’m always cycling through like five different drinks while I stream. I typically have water, chlorophyll water, rooibos tea (my favorite), and something sweet like a smoothie or a lemonade. At times, I’ll have leftover matcha from the morning that I didn’t finish, which is a running joke on my stream.

1:30 p.m.: I start prepping to stream, even though I don’t begin for another hour-and-a-half, because I’ve learned that’s exactly how long it takes me to shower, do my hair and makeup, and make sure all my tech is set up. Depending on the state of my curls, I’ll either refresh them and leave them down or put them up in a bun. Today was a bun day. I like to have a little fun with my makeup for streaming, so I put on fun eyeshadow colors and a dramatic wing. I turn on my fairy lights and make sure everything looks good, and then post another reminder to my followers to join.

3:30 p.m.: Once I start streaming, I spend the first 30 minutes catching up with my community. I love hearing about what’s going on in their lives. I think it’s rare for a lot of women streamers to have such a cool community. But since more women and femmes are coming onto Twitch to watch, the new wave of streamers are getting these wholesome groups of viewers.

I ask everyone how they’re doing, how their weeks have been, and what game they want to play together after our stream. We’re all drinking something warm, like tea or coffee, and then we start playing Animal Crossing. The new expansion pack has vacation houses that you can build for people, so I’ve been building them while timed, and my Twitch community bets on if I’ll do it over or under a certain amount of time. It’s very high-stakes. I finish my first house in under 15 minutes, and then go overtime on my second one.

6 p.m: I typically get off stream close to 6 p.m. and make myself a quick dinner. I’m really bad at feeding myself, so my dinners are usually something stupid, like mini corndogs.

6:30 p.m.: My community and I start games in our Discord, a server that allows gamers to join teams and play together, and end up just talking and catching up. We’ll usually do this ’til about 8:30 p.m., but sometimes we’ll be talking all night. Other times, we’ll go on tangents — like today, we spent two hours making an Animal Crossing tier list, ranking the game’s cutest villagers. We agreed Ketchup, Dom, and Tia were our top three.

9 p.m.: I shut everything down, unplug, and start my nighttime skin and body care routine. KraveBeauty products make up most of my routine at this point, and I love putting on lotion and body mist before bed to feel cozy and pampered. I grab another cup of tea, crawl into bed, and watch Five Nights at Freddy’s lore videos — a great rabbit hole for any interested gamers — until I pass out.