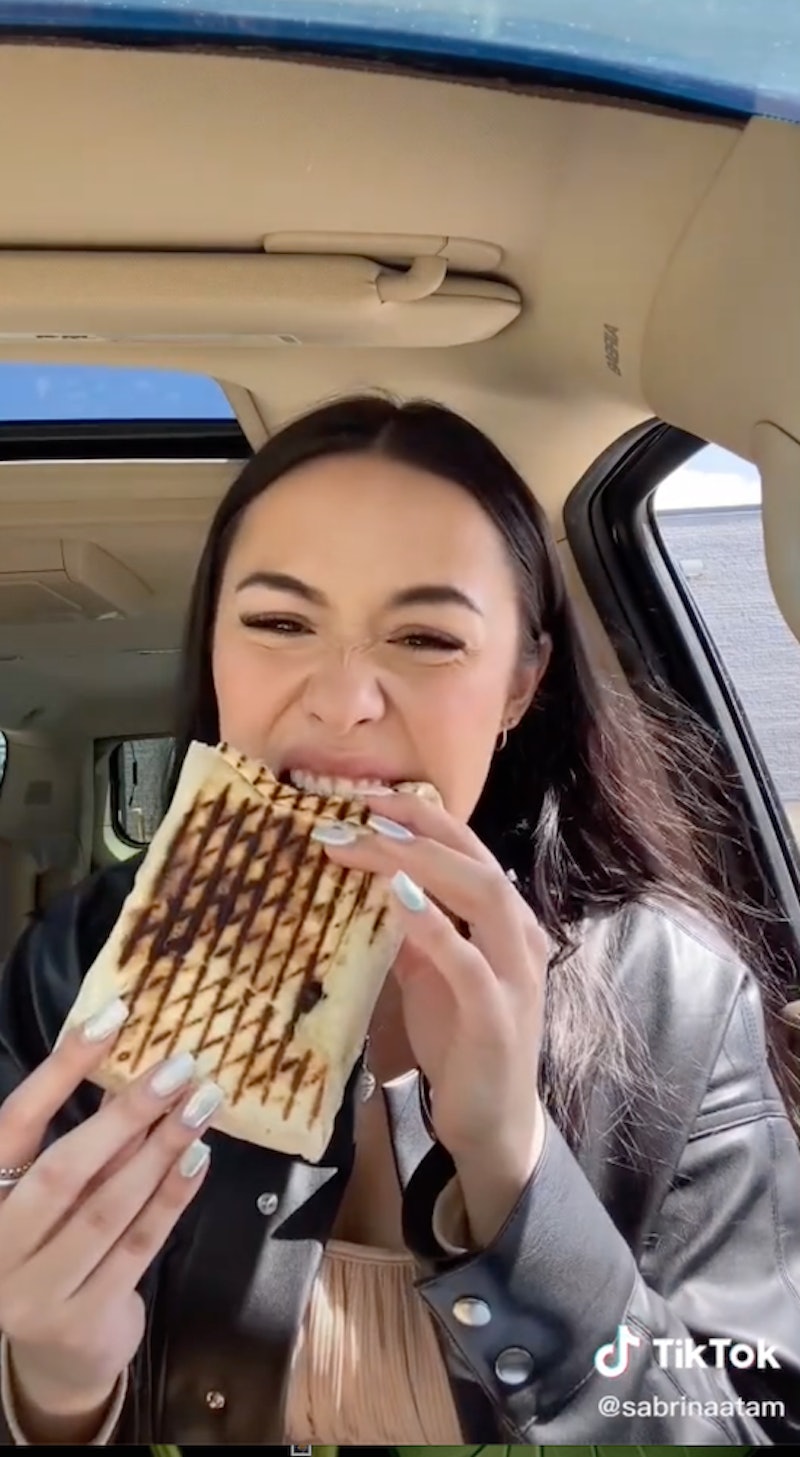 Once the TikTok algorithm figures out how much you like recipes — and it will figure that out — you can expect to see (and learn how to make) each and every trending gastronomical delight the app has to offer. The one that’s taking over right? TikTok’s version of French tacos.

While it has the word taco in the name, French tacos (always plural) and the well-known Mexican taco aren’t all that similar, apart from being a mish-mash of comfort food wrapped up in a tortilla. But after that, the two diverge.

In the Mexican-American taco, a tortilla is typically filled with beef or chicken, beans, veggies, and maybe some guacamole or sour cream if you’re feelin’ fancy. With French tacos, though, anything goes. You can fill them up with meats (typically halal) and cheeses, or stuff them with French fries, chicken nuggets, and various condiments. Ingredients-wise, they’re often reminiscent of a “fat sandwich,” if you’ve ever had the pleasure of eating one of those.

The whole creation is then expertly folded into a rectangle and grilled. If it helps, you can also think of it as a quesadilla, instead of a semi-circle-shaped vehicle used to transport food to your mouth. While slightly mysterious in origin, all you really need to know is the dish looks good — so good, in fact, that you might want to make one at home. Here’s how to make French tacos, according to TikTok.

Scroll through #Frenchtacos on TikTok, which currently has over 36 million views, and you’ll see every restaurant and home chef stuffs their French tacos with something different. But if you want to go with the classic, you’ll need a large tortilla, a protein (chicken breast, chicken nuggets, ground beef, or meat substitute), a creamy cheese sauce, and French fries. That’s it. That’s the recipe.

Cook your protein as you normally would. Same goes for the vegetables (though veggies are typically a no-show in most French tacos) and lay it all out on your tortilla. Swirl the cheese sauce on top of that. Then layer on the fries.

You might also want to squirt some Tabasco, mustard, or barbecue sauce. When it comes to making French tacos at home, there really is no right or wrong. Feel free to experiment with fillings to see what you like.

If you’re looking for inspo, follow the recipe in the TikTok below, which features onions, peppers, paprika, cheese, French fries, and shrimp.

Once you’ve added all your ingredients, it’s time to fold the French tacos into a square. To do so, close the tortilla by bringing the sides together and then tuck the ends in like you would an envelope, as seen below.

Place it on a grill like a panini (it’s really getting international, here) and heat for a few minutes until the cheese gets all melty and/or you see light grill lines. If you don’t have a grill, you can also fry it in a pan on your stovetop.

As noted on Cooking with Karli, you’ll want to coat a frying pan with butter, set the burner to low heat, and let the French tacos slowly heat through. (That way the insides will have a chance to warm without the outside burning.) Once the bottom is golden, flip and brown the other side.

And voilà! Enjoy your French tacos.