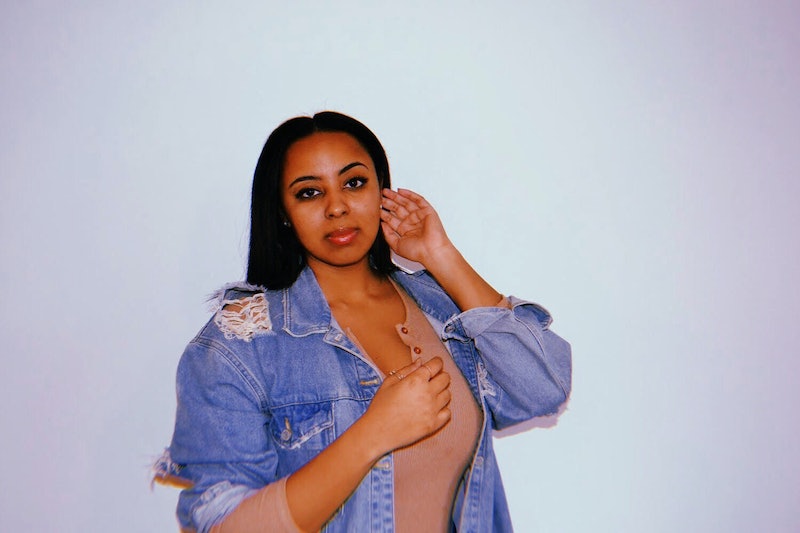 Everyone has a few of those Instagram accounts on their feed. The ones that are just too perfect. That are full of images which, one way or another, tap into your insecurities and leave you feeling bad about yourself. But could deleting your social media completely be the answer?

Deeba, a young lawyer living in London, agrees. She says, “I think social media can have a negative impact that we’re not really admitting. We are constantly seeking external validation, but it’s never enough likes, shares or retweets. I sometimes catch myself thinking 'I wish I had as many followers as them.' Although there’s a bigger effort online now to spread positive messages, ultimately there’s a huge amount of contrived curation of our lives online. No one wants to be a bit more honest and talk about how sh*t their lives are sometimes too.”

Similarly Asyia, a 19-year-old university student, says social media makes her feel inadequate about how much effort she is putting into her studies. She explains that during exam time her social media is full "friends showing how much they're revising."

"I try not to check their stories any more as it used to make me keep comparing myself to other people," she tells me. "There’s a fine line between being inspired by others and social media becoming detrimental to your self esteem.”

Worryingly, these social media posts can give you a false barometer of where you should be in all areas of life. They can make you crave instant success, and create the belief that you should be having it all, all of the time. It doesn’t help that we live in a “anything is possible if you work hard enough” sort of culture.

As much as we should be empowering each other and encouraging ourselves to dream big, we also need to give ourselves a break and realise the reality of the situation. True, hard-won success is difficult to achieve and isn’t always guaranteed. As Catherine, 25, from Suffolk interestingly points out: “People are chasing that next instant hit of gratification; for people today social media ‘likes’ equals success. The feedback loop for us now is so instant. The idea of long term goals has been somewhat distorted and lost. We see quick wins and don’t think in the long term of what we can achieve.”

To combat this, I’ve recently taken the drastic step of deleting my social media temporarily to feel less anxious about what I’m not achieving. Deeba has taken similar steps to "clean up" her feed. She says, "[I'm] following less misleading or superficial accounts. I've even used an app that locks you out of your social media accounts after a certain period of time everyday.”

Web developer Jo Franchetti speaks publicly on perfectionism and anxiety, particularly within the technology sector, having suffered from these issues personally. She tells me, “the long term effects of constant social media on our confidence and self esteem can be quite bad. Seeing influencers who appear to be an expert in everything can really fuel your own self criticism and make you overthink. If you begin to think your goals are unachievable you’re not even going to try, and then you feel like even more of a failure”.

Making room for imperfection in the social media world feels particularly important considering the recent death of Love Island star Mike Thalassitis. His passing highlighted (among many things) the significant societal pressure to “put on a brave face” and to keep quiet the real challenges you may be facing, something men in particular may experience. Instagram is a space where users tend to show off the best of their lives. Thalassitis' passing, in contrast to the way his life appeared on Instagram, is a reminder that our online presences can sometimes mask deep unhappiness.

Everyone needs to make room for failure, the times when you don’t quite make it, or you fall back into old habits, knowing that the times when we fail can often make us better in the long-term. Maybe you don’t have your foot on the property ladder yet, or you don’t take as many holidays as you’d like, but that’s alright. Happiness shouldn’t be resting on the illusions of perfection on social media.

Franchetti agrees, she tells me: “A bit like with fake news, we must learn to sift the truth from the fiction. It’s not very realistic say we should just take ourselves off social media completely, we need to view social media accounts skeptically and consciously remember that everyone is putting their best selves online, not their true selves.”

Social media influencers are also becoming more candid about some of the content on their social media accounts. Ex Made In Chelsea star Andy Jordan recently revealed that he was paid up to £2,000 per post to promote products he wasn’t even using. He told the BBC, “If you're constantly surrounded by a world that's better than you, or looks nicer than you, or has a faster car than you - that's when you suddenly go, 'Wow, I'm useless'.”

Saving for a house is hard, getting a degree is hard, getting a new job is hard — and if you struggle with any of these things you should know that’s ok. Beyonce’s Netflix documentary Homecoming, which detailed the build-up to her 2018 Coachella performance, was a refreshing reminder that even megastars need to work hard to excel. As she said in the film, “the process...and the struggle” toward success is a crucial part of the end result. Instant success is rare and isn’t something healthy for people to aspire to. We all need to learn to be kind to ourselves and stop chasing so much external validation. Take the time to reflect on things at the end of each day and know that despite what you may see online — perfection is no one’s reality.

This article was originally published on April 30, 2019