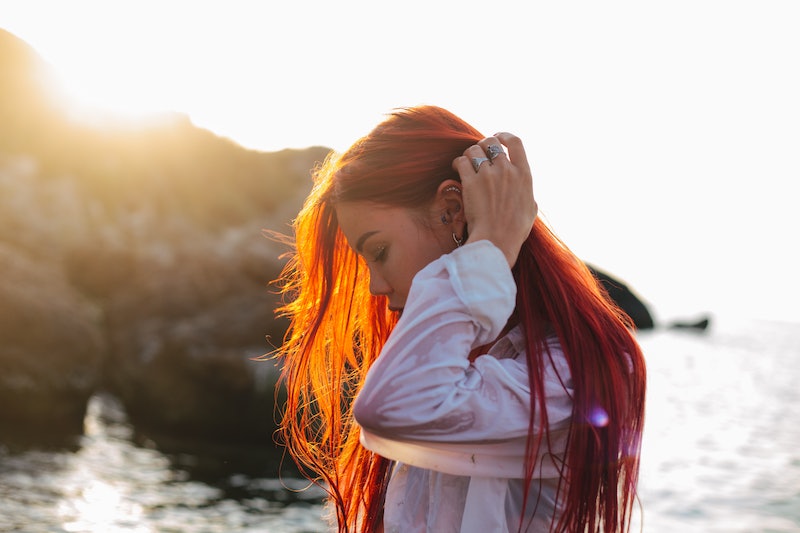 In numerology, all numbers are believed to be meaningful symbols, each carrying a unique vibration and application to our lives. Our personal numerology charts can help to shed light on our destinies, our passions, and even our subconscious struggles. While everyone has certain core numbers in their charts (such as life path numbers), some people also have what are known as karmic debt numbers. The meaning of karmic debt numbers relates to the trials and tribulations that continually show up in our lives — and they’re there to help teach us valuable spiritual lessons.

Karma in numerology refers to a sort of spiritual cause-and-effect that can span throughout lifetimes. The idea is that our souls carry forth both wisdom and burdens from circumstances we faced or mistakes we made in previous lives — and that these karmic conditions can be clarified to us through the magic of numbers.

“A karmic debt is something that occurred in a previous lifetime that you're now making amends for,” numerologist Kaitlyn Kaerhart, author of You Are Cosmic Code: Essential Numerology, tells Bustle. Once we acknowledge and begin to understand the karmic debt that we must settle this lifetime, we have an opportunity to break old cycles and stop making the same mistakes over and over — which can bring a deeper sense of freedom and wisdom to our lives.

How To Find Your Karmic Debt Number

Our numerology charts include a variety of symbolic core numbers, each of which are calculated in different ways and hold a unique significance to our lives. Karmic debt numbers can appear amongst any of them, but they’re most powerful when they appear within your life path number. Find out how to calculate your life path number.

It’s actually more common to have karmic debt numbers in a numerology chart than it is not to have them, so discovering one doesn’t mean you’re doomed to struggle with bad karma forever. It simply means your soul has some obstacles to work through on its current journey — and once you identify these debts, you have a better idea of how to clear and overcome them.

How Do I Pay Off My Karmic Debts?

The concept of past life karma can be intimidating, as no one wants to be punished for some mystery mistakes that their soul may have made in a potential previous incarnation. But like all debts, karmic debts in numerology can be settled and cleared from your spiritual credit. “A lot of people get freaked out when they realize they have karmic debt, but actually most people have it, and it’s not a big deal,” Kaerhart says. Once you know what your karmic debts relate to, you can start settling them and releasing yourself from the karmic cycle.

What’s most important is that karmic debts can be used to help us grow out of limiting behavioral patterns or personal struggles. Often karmic debt numbers manifest as people grappling with the same themes or facing the same challenges over and over again throughout their lives. If we ignore our karmic debts, it’s believed that they’ll continually show up as roadblocks that hold us back from reaching our true potential or goals. But if we acknowledge them, they can help show us what we’re meant to learn and overcome throughout our lives.

“Sometimes it takes people a lifetime to move through karmic debt, but a lot of people move through it when they’re younger in life, too,” Kaerhart says. “Either way, the point is to transmute it.” In order to do that, we have to address the karmic issues head-on and identify the cycles and patterns of behavior that we seem to be stuck in. It’s also helpful to lean into the positive qualities of the karmic debt number’s corresponding life path number — which you can find by adding together the two digits of the karmic debt number until they equal a single-digit life path number — in order to counter the negative effects.

What If I Don’t Have Any Karmic Debts?

If you don’t have any karmic debt numbers, it simply indicates that your soul’s quest holds a different meaning — one that doesn’t involve repaying past life debts. “It is possible to not have any karmic debt, but it’s rare,” Kaerhart says. “I believe this means you chose to come here and be here at this time for a specific purpose that was not necessarily tied to karma.” Neither scenario is better or worse, as everyone is fighting their own battle and working through patterns, whether they’re karmic or not.