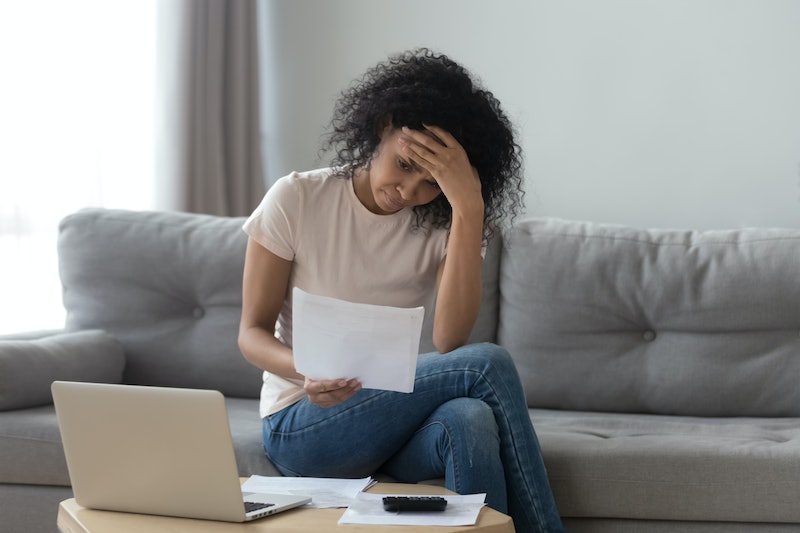 Amid the ongoing and worrying cost of living crisis, discussions around inflation, our finances, and how we can best save money continue to infiltrate the daily news and social media cycle. Now, what has become known as the “single penalty” — as freelance journalist Nicola Slawson refers to it — has entered the chat. The phrase was born from singletons who pick up the bill for their rent, holidays, gym memberships, and Netflix subscriptions, without the benefit of splitting the costs with a significant other. According to research carried out by the financial services provider Hargreaves Lansdown, single people spend an estimated £860 a month more than those who are in a relationship.

Writing for the Independent in Jan. 2023, Slawson outlined why the “single penalty” is indeed “real” and called on the government to offer more support to the “eight million of us that live alone.” In her piece, which caught the attention of many on social media, The Single Supplement founder explored the many reasons why she believes the cost of living is “stacked against single people,” citing “tax breaks for people who are married or in civil partnerships,” rent and mortgage bills, and the cost of groceries — which often include meal deals for two — as some of the primary reasons why being single can be particularly expensive.

Another recent piece in the Guardian also claimed that single people spend roughly £1,851 on monthly household bills, and stated that one of the most effective ways of avoiding the additional costs of being single is to “get a partner.”

As mentioned, many on social media were quick to join in on the “single penalty” discourse, and, although some claim the added costs of single life are “worth every penny,” others voiced their concerns about having no financial “safety net.”

“The single tax is real,” one Twitter user wrote. “I’ve got to go abroad for a friend’s wedding and the hotels were double the price if you had single-person occupancy. Make it make sense.” Another user commented: “Living alone is stupidly expensive. I have no idea how single parents manage it.”

Find more social media reactions to the “single penalty,” below.

More like this
This Is When Netflix Is Going To Start Charging You For Sharing Passwords
By Darshita Goyal
Pret & Costa’s Coffee Is The Strongest On The High Street, According To Which?
By Sam Ramsden
Maya Jama’s Net Worth Definitely Won’t Give You The Ick
By Sophie McEvoy
Emily Atack’s Net Worth Would Make Charlotte Hinchcliffe Proud
By El Hunt
Get The Very Best Of Bustle/UK
Sign up for Bustle UK's twice-weekly newsletter, featuring the latest must-watch TV, moving personal stories, and expert advice on the hottest viral buys.