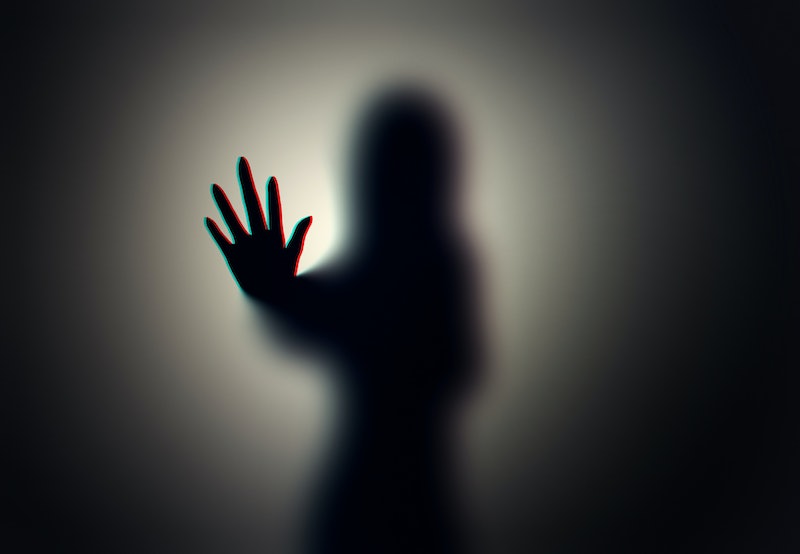 Have you ever been reading or watching TV when suddenly, in the periphery of your vision, you catch glimpse of what appears to be a shadowy figure in the room with you? Dark, humanoid figures like these are commonly known as shadow people, and they can be extremely scary and unsettling to the people who experience seeing them. But defining exactly what shadow people are (and if they’re actually paranormal) is up for debate.

Descriptions of shadowy, human-like figures have appeared in folklore and religious texts throughout history and across cultures. Some examples include the supernatural creatures known as “djinn” of ancient Islamic theology and the beings known as “Nalusa Chito” of the Native American Choctaw tribe’s mythology. The modernly-used term “shadow people” was coined by paranormal researcher and book author Heidi Hollis, who claims that shadow people have been around since the beginning of time and usually appear as dark human-shaped silhouettes in our peripheral vision.

The fear of the dark (and all of its shadows) is a common one, probably because our eyes tend to play tricks on us when the lights are low. A jacket hanging on the door can easily morph into a silhouette, and a pile of blankets could suddenly look like someone lurking in your bed. But could shadow people be more than that? Here’s what you need to know about shadow people and what it means if you see one.

What Are Shadow People?

“Shadow people are a bit of an enigma in the paranormal community,” professional witch and psychic Renée Watt tells Bustle. “They are often thought of as ghosts or a collection of negative energy — but as is true with most paranormal phenomena, there is no finite answer.” According to Watt, shadow people can appear in different forms and may even indicate that someone is under a psychic attack. Many paranormal experts also theorize that there may be a connection between shadow people and extra-terrestrial life — and that these beings could be other-worldly in origin or have a correlation with alleged alien abduction experiences.

While the exact supernatural origin of these shadow-like beings is debated among paranormal experts, there is one thing that most agree upon — which is that the presence of shadow people is wholly unsettling. “These shadowy, human-like entities have a bit of a murky reputation, as most people who report seeing them state that they feel uncomfortable, scared, and in some extreme cases, even paralyzed with fear,” Watt says. Most reports on shadow people are overwhelmingly negative and are accompanied by a feeling of dread.

Do Shadow People Have A Scientific Explanation?

Skeptics note that seeing shadow people could simply be chalked up to sleep paralysis — which is a medical phenomenon that takes place when someone is in between a sleeping and wakeful state. During sleep paralysis, a person feels fully conscious but they’re unable to move or speak and may experience a feeling of intense dread, the sensation of being suffocated, or even hallucinations of shadowy figures. Other potential explanations include experiencing heightened emotional states, sleep deprivation, or substance use.

It’s also important to consider that most shadow person sightings appear in our peripheral vision, which is designed to detect motion and movement, not detail. That said, it would be easier to mistake something in the corner of our eye for something it isn’t than it would be if we were to see something head-on.

What To Do If You See A Shadow Person

It’s normal to feel fearful if you see something as inexplicable as a shadow person — but according to experts, it’s best to focus on staying grounded and not letting yourself be overwhelmed by the discomfort of what you’re experiencing. “If you encounter a shadow person, the worst thing you can do is give it your fear, as entities with negative intent thrive on their ability to make us feel unsafe or uncomfortable,” Watt says. “The best thing you can do is call in spiritual protection, pray, or simply stand your ground by firmly telling the shadow person to leave you alone.”

A one-off encounter with a shadow being can be creepy, but if your visions of these entities are ongoing, it might indicate that it’s time to do some spiritual cleansing of your energy field and your living space. “If you're having multiple experiences with shadow people, you may want to consider doing a major energetic house cleansing or hiring a professional energy worker to do one for you,” Watt says. You can spiritually cleanse your home (and hopefully keep shadow people at bay) by performing a protection ritual, putting out cleansing crystals in your home, or burning purifying herbs.

This article was originally published on Oct. 14, 2018