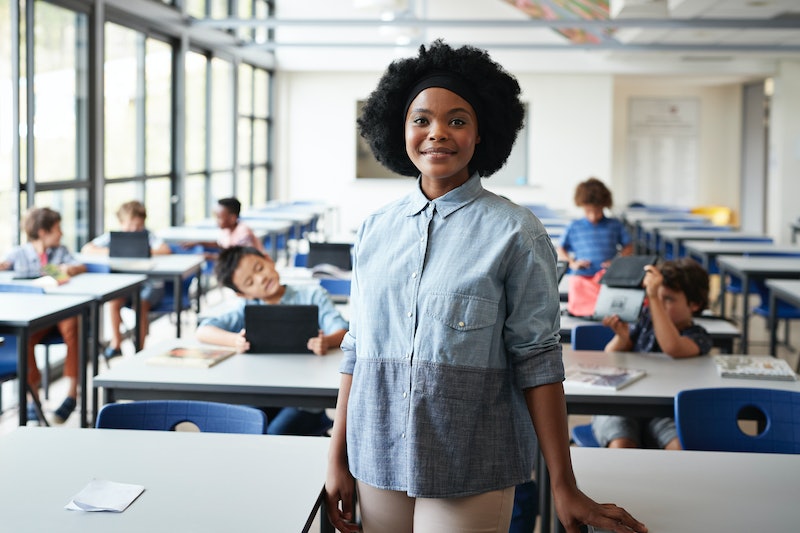 At present, the national history curriculum in England paints a heroic and courageous picture of the British Empire. The words “slave” and “colony” are decidedly absent from the subjects outlined for Key Stage 1 and 2 (primary school age) students. When they are highlighted as topics for Key Stage 3 (Years 7 to 9), the subjects are noted as “non-statutory”. Africa has one namecheck across the entire national curriculum. It’s in reference to Benin, West Africa, between the dates AD 900 and 1300 – a convenient 597 years prior to the British invasion of 1897. Windrush is missing. The words Black History do not appear once.

Petitions calling for change in the Welsh, Scottish, and wider UK education systems have been gaining traction over the past two years, but it’s not the first time these concerns have been brought to parliament. In 2014, a petition titled “Introduce Black History to the primary curriculum” was published. The petition ran for six months and gained over 40,000 signatures. The response from the government was telling:

“The content and structure of the new history curriculum provides plenty of scope for black history to be covered. However, this is not prescribed in detail within the statutory programmes of study. Instead schools have the flexibility to deal with these topics in ways that are appropriate and sensitive to the needs of their pupils.”

It’s just one example of the sustained systemic racism that Black people experience in the UK today. Until Black History and the true impacts of colonisation by the British Empire are made compulsory learning in schools, the UK government is by default telling our young people that they just don’t need to know.

Social enterprise The Black Curriculum has been working to address the gaps in our education system since 2016. Their commitment to teaching Black British History all year round has seen 1000 students attend workshops since September of 2019 alone, with goals of providing a sense of belonging and identity to young people across the UK, as well as raising attainment and improving social cohesion. It's a mission that The Black Curriculum founder Lavinya Stennett hopes to expand across the country, highlighting that one month a year isn't an alternative to providing students with a comprehensive education on Britain’s unconscionable past, or an excuse for excluding the triumphs and trials of our Black British communities from the syllabus.

Below you’ll find a list of books, podcasts, articles, and documentaries geared towards filling in just some of the gaping holes in the UK’s national history curriculum. One book that doesn’t appear below but is worthy of a mention is This Is The Canon: Decolonize Your Bookshelves In 50 Books, which will be released later this month (October 28, 2021). This book – curated by Joan Anim-Addo, Deirdre Osborne, and Kadija Sesay – questions why “required reading” lists in educational settings are so often white dominated and offers readers guidance on how to diversify their book shelf. Although not specifically focused on Black British History, This Is The Canon will help to highlight how narrow syllabuses can be.

These lists are by no means exhaustive, nor are they a substitute for improved education on Black British History in our schools. For that reason we encourage you to also read more about the petitions and organisations working hard to change the current system.

As Lavinya Stennett wrote for Huffington Post, an education on Black British History does not begin and end with the slave trade. The below resources speak to the experience of being Black in Britain, the joys, the struggles, the history made – to use Stennett's words, these resources are about "a journey of adaptability, endurance and ingenuity."

Without real awareness and ownership of the atrocities against Black people carried out by the British Empire, we cannot reasonably expect to progress to a point of racial equality. The below resources only begin to scratch the surface – they are a starting point for continued learning.

The 2018 Windrush Scandal exposed the unlawful detainment, deportation, and denial of legal rights to Black British people at the hands of the UK government. The books, podcasts, documentaries, and articles below highlight the devastation that began with Empire Windrush in 1948, as well as the extended impact that actions by the UK government have had on Black families across the country.