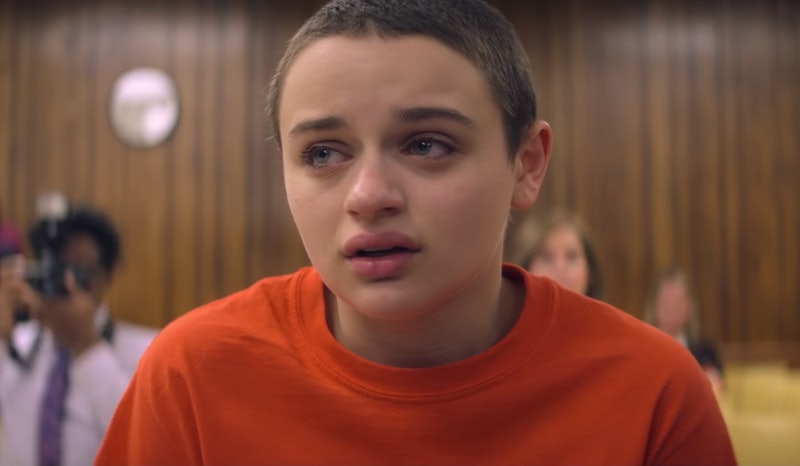 If you're like me, you stay up late Tuesday nights waiting for the next episode of The Act to drop at midnight eastern time on Hulu. The dramatization of Gypsy Rose Blanchard's real-life plot to kill her abusive mother brings up some fascinating facts about Munchausen syndrome by proxy, which Blanchard's mother Dee Dee reportedly lived with. The DSM-5 describes Munchausen syndrome by proxy, also called factitious disorder imposed on another, as a "psychiatric disorder that describes individuals who persistently falsify illness in another even when there is little or nothing tangible for them to gain from the behavior."

The most recent episode of The Act, starring Patricia Arquette as Dee Dee and Joey King as Blanchard, reveals the beginning of Dee Dee's abuse toward Blanchard. Dee Dee lies to the doctor about the medication she has given her overbearing dying mother, but because she expresses concern about her mother's condition, the doctor calls her a saint. It's clear in the episode that this praise is a salve for Dee Dee's insecurity. And the desire for more of it leads to Blanchard using a wheelchair at the end of the episode, despite the fact that she could walk without assistance.

While it might seem surprising that Dee Dee was able to fool friends, family members, social services, and medical professionals for years, the Psychiatric Times noted that there are several case studies that report any disorder can be successfully falsified. What's more, people with Munchausen syndrome by proxy put a great deal of time and effort into fooling people. Here are some other fascinating facts about this rare and often deadly form of abuse.